Marley is a touching portrait of the reggae idol 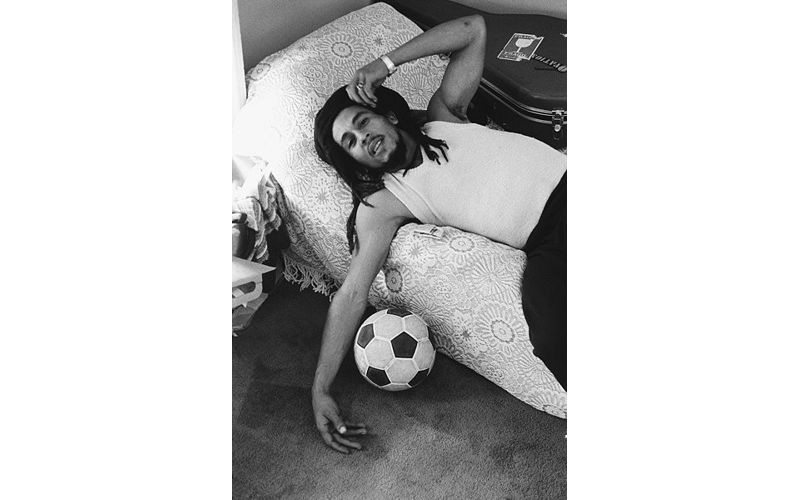 “One good thing about music, when it hits you, you feel no pain.” These words belong to Bob Marley, coming from a song called “Trenchtown Rock,” a fitting title to the passion-filled lyrics within. For Marley, the world’s uncontested reggae king, music was an escape from the pain and struggle that filled his youth. In Kevin MacDonald’s documentary, Marley, the famous Rasta is seen in a light rarely witnessed before, with all the pain, love, and desire encompassed therein.

MacDonald, whose track record includes The Last King of Scotland, dug deep for the new film, interviewing friends, children, cousins, bandmates, and even Bob’s mother. Marley gives an excellent look into Bob’s roots in St. Ann and Trenchtown, Jamaica, exposing the poverty that surrounded Bob in his early life. At a young age, he saw music as a way out. Soon, he gave up on school to focus completely his efforts on becoming a musician.

With a wide variety of interview subjects, MacDonald presents a film that almost allows the viewer to get to know Bob Marley as a human being rather than as simply a musician. Early on in life, the fact that he was half-white and half-black made him feel like an outsider, and throughout his entire career, his one desire was to reach black people with his music. He is referred to as a shy man, but one who rarely had any trouble with the ladies. Even while he was married, he had many women, none of which seemed to have any problem with Bob’s promiscuity.

As Bob’s friends and family walk us through his life, some note rough beginnings with Bob’s first group of Wailers members. Through the difficult times, though, Marley still craved success and had a burning desire to reach the entire world. MacDonald’s work does a wonderful job following Bob’s long, hard road, recording the ups and downs and highlighting the eventual catapult toward superstardom.

Marley lifts us as we watch the lovable, smiling, dreadlocked man achieve his dreams and touch the world. Sadly, it also wrenches our hearts as it touches on the untimely loss of a legend. In the end, though, we are at peace knowing that the reggae revolutionist lives on through his music and that he has achieved his goal of reaching the world, making it a better place in the process. Handfuls of never-before-seen footage, heartfelt and intimate interviews, and a vast collection of live performances make Marley an absolute necessity.