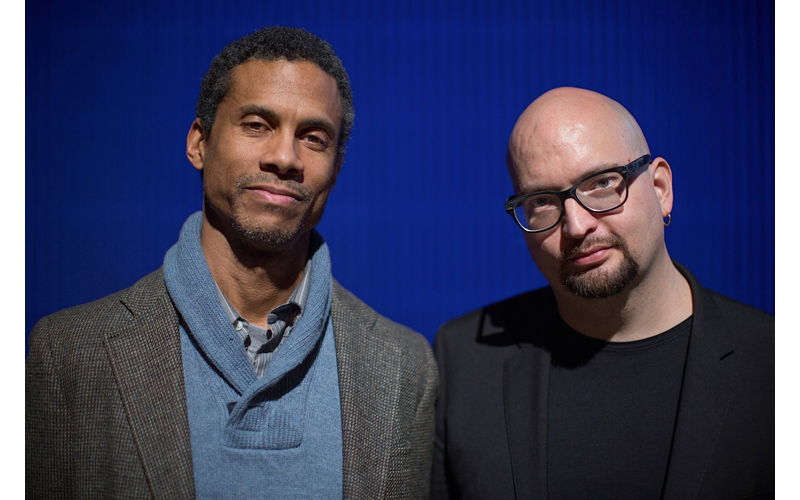 It makes all the sense in the world for saxophonist Mark Turner and pianist Ethan Iverson to collaborate onstage at Spoleto and on an album, and it’s not just because they’re two intuitive, remarkably compatible players. The pair worked together for many years as part of legendary jazz drummer Billy Hart’s band, developing a musical connection that can be as soothing as it is experimental.

Their debut album as a duo, Temporary Kings, sits at the crossroads of chamber music and modern jazz. The two men take their time with each of the nine tracks, building their songs out of Turner’s probing, otherworldly sax lines, Iverson’s dark, insistent chords and a lot of space. The confidence the two have in their compositions, and how they’ll each respond to the other, ably demonstrates their connection as musicians, and friends.

“Ethan didn’t want to do a full band, quartet, trio, or anything like that for this project,” Turner says. “We already had this connection and he brought the project up to me, and I was interested in it. Within the context of Billy Hart’s band, there were many times when the band would break down into trios and duos and solos anyway, and sometimes those duos would be Turner/Iverson, so I think Ethan and I thought it was plausible.”

The history of the Temporary Kings album is easy to talk about, but the musical connection between the two is harder for Turner to explain.

“It’s hard to put into non-musical terms,” he says. “I think it’s always a project to do that. But I like his comping and his voicings; they’re different than any other piano player I’ve worked with, for the most part. I’m not sure if it brings out anything different in me, but it allows me to play things that I may not play as often with another piano player. Musically, it comes out differently when I play with Ethan.”

While struggling to find the right description, Turner happens upon a metaphor that’s just as imagistic as the music he and Iverson make.

Turner doesn’t just enjoy playing with Iverson, though; he enjoys the duo format, for reasons that you might not expect.

Even the logistics and the minutiae of working with a two-instrument group are appealing to Turner.

“I enjoy figuring out how to make a concert interesting with only two instruments,” he says. “The piano in some ways has to take a different position, when there’s no drums around. It’s interesting to talk to each other in terms of the events of the concert, either in written form or backstage talking about what we’re going to do.”

And when the musicians are interested, Turner adds, all the audience has to do is be receptive, whether they’re familiar with what these two do or not.

“The common denominator is that the audience doesn’t need to know anything about it, really,” he says. “It helps when they do, but I think they just need to listen and enjoy and be engaged because they want to be, because the music brings them in.”