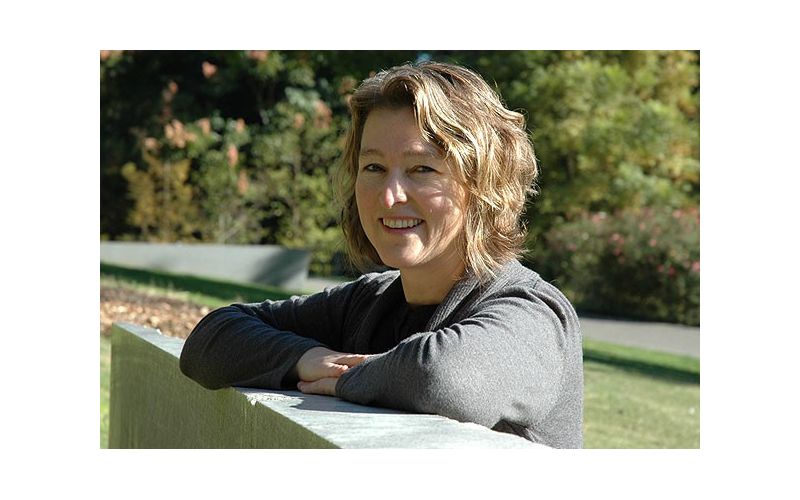 “Imagine being able to speak to Beethoven about one of his late string quartets,” says composer and College of Charleston professor Yiorgos Vassilandonakis. It’s this line of thinking that partly inspired Vassilandonakis, along with fellow professor and Chair of CofC’s Music Department Edward Hart, to create Magnetic South, a series of concerts that feature new works by exciting contemporary composers. Now in its fourth season, the popular music program is presenting the upcoming concert Coast to Coast: American Music Today, on Fri. March 27. A collaboration between the College of Charleston School of the Arts and the Charleston Symphony Orchestra, this edition of the biannual concert series features four young American composers: Eric T. Nathan, Clint Needham, Laurie San Martin, and Sean Shepherd.

The composers in this concert are a youthful set — Nathan and Needham are in their early thirties — and symbolize the newest generation of innovators within classical music. And their young innovation exemplifies what Vassilandonakis and Hart want Magnetic South to do: expose Charleston audiences to new, intriguing moments in music. “This is the youngest set of composers we’ve every featured,” says Vassilandonakis. “All are up-and-coming, yet established and gaining worldwide recognition.”

Vassilandonakis and Hart have commissioned two of the composers, Needham and San Martin, to create new works that will have their world premieres at the upcoming concert. “[Commissioning a piece] is always risky, as you never quite know what you’re going to get, but it’s the most rewarding experience for the musicians and audience,” Vassilandonakis says. “Having works premiered is what composers live for, and it’s the ultimate test of whether a piece can have a life.”

One of these world premieres is tiny fonts by San Martin, scored for winds, brass, and strings. The piece was inspired by the Bookend sculpture, one of a series of egghead statues on the campus of the University of California-Davis, where the musician teaches. The playful sculpture by artist Robert Arneson portrays a cartoon-like head nose-deep in a large book.

Viewing the work, San Martin thought about the struggle to focus on one thing in a world of distractions. Her piece for Magnetic South portrays a narrative that is continually plagued by an onslaught of disturbing chords. “These chords are meant to be a vertical sonority, something that surprises us, makes us stop, and take stock of a situation,” she says.

Needham, a 33-year-old musician, has work that is already being performed around the world. He’ll use his latest, Imaginary Dances, to explore the intricate connection between music and dance. “I am fascinated by the amount of ‘dance music’ written by composers over the years that was never intended for actual dance,” he says. “And I am even more interested in the ‘non-dance music’ that choreographers have chosen to use for dance.” Needham’s selection embodies both of these. Imaginary Dances is intended as a concert work. He says he wrote the sections with imagined dance and movement in mind, but he also likes to experiment with a variety of instrument ensembles, and he includes a drum set in the piece.

Nathan is similarly known for using ensembles in experimental ways, and his work One Voice is a noteworthy example of this. The piece begins with a single violin, slowly adding instruments until all are participating. “At numerous places over the course of the work, the entire ensemble converges at focal points, sounding as one voice at a unison pitch,” Nathan says. “At others, the instruments each compete for prominence, or work together to pass around winding melodic lines between the instrument families.”

The final piece in the concert will be Shepard’s Lumens, a sextet that premiered at Cornell University in 2006.

A focus on the ensemble was one of the primary themes Vassilandonakis and Hart had in mind when bringing these composers together. “Each one plays around the chamber orchestra medium, each one offers a unique perspective,” Vassilandonakis says. “[The pieces] play with familiarity in form or structure, yet all stretch the boundaries of chamber orchestra possibilities. All are extremely virtuosic.”

One of the things that makes Magnetic South unique is that the composers are often present for the performances. At each concert, Hart introduces the composers to the audience, who also have the chance to interact with the musicians in a question and answer session. Vassilandonakis asserts the importance of this interaction: “It’s important to contextualize new works,” he says, providing some background to each piece and encouraging the audiences to connect with the composers in meaningful ways.

This is doubtless part of why Magnetic South concerts have become extremely popular with the Charleston community. “Magnetic South has consistently performed to full houses, made up of both students and community members of all ages and walks of life who come to discover new music at its best,” says Vassilandonakis. Creating experiences that challenge and intrigue, Magnetic South broadens one’s musical horizons while also fostering connections with those at the forefront of contemporary music.