Lowcountry bats could hold up under white nose syndrome 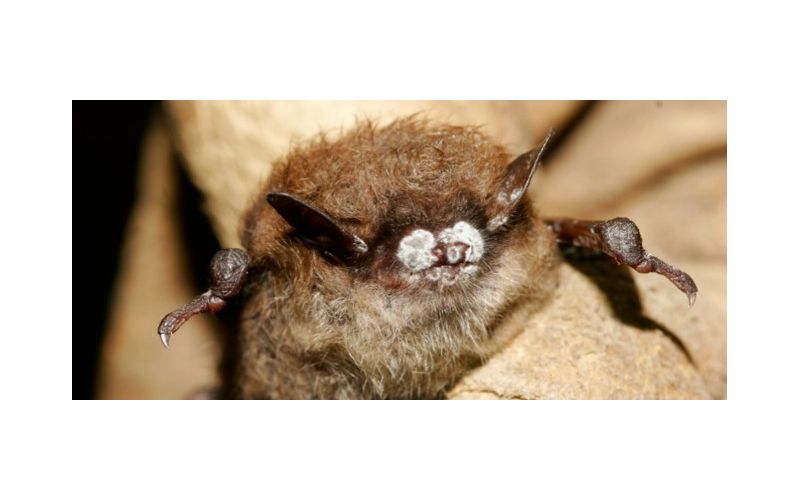 These are jittery times for environmental biologists, confronted by simultaneous and mysterious mass die-offs of species ranging from frogs to dolphins. But as the astonishingly lethal North American bat apocalypse enters its sixth year, uncertainty surrounding the disease appears to be lifting. So far, an estimated 6.7 million bats have died.

White nose syndrome — the name that baffled scientists gave to whatever started killing bats around Albany, N.Y., in 2006 — now appears to have a single cause. This discovery turns out to be a virtual death sentence for several beleaguered bat species, but relatively good news for the Lowcountry.

Leading theories about the causes of other ongoing species die-offs blame a subtle combination of factors, such as habitat loss and herbicides (for frogs) or hybridized plant genetics and pesticides (for bees). With business lobbies quick to challenge those findings, problem-solving efforts routinely devolve into politicized scrums. But a rare lack of controversy surrounds a white nose syndrome study published six months ago in the journal Nature. The authors identified a single cave fungus, probably imported accidentally from Europe on contaminated caving equipment, as the sole cause of the North American bat die-off.

This emerging consensus has done nothing to slow the fungus’ grim march. Last month, Alabama and Missouri joined the confirmed list of 22 states and four Canadian provinces where the white nose syndrome fungus has been discovered, and government scientists fear the disease could reach the West Coast within a few years. With the fungus already present in North Carolina, Mary Bunch — the top bat expert at the S.C. Department of Natural Resources — concedes it’s probably only a matter of time before white nose reaches the Palmetto State.

But what effect will the disease have on South Carolina’s bats and ecosystems?

Since common bats can consume around 60 percent of their weight in insects every night, most answers begin there. A 2011 study published in the journal Science estimated bats’ pest-control value to American agriculture at somewhere between $3 billion and $54 billion a year, but that imprecise range reveals how little we know about how many bugs are actually out there. “I don’t think anybody can give you an estimate that’s even close to within an order of magnitude, and if they do, they’re stretching it,” says Clemson University entomology professor Peter Adler.

Still, research indicates the effect here could be less catastrophic than in the originally affected areas of the American Northeast. Those answers stem from new insights into how the fungus grows, spreads, and kills.

The fungus, Geomyces destructans, thrives in cool, humid caves, where it’s essentially impossible to eradicate. Though it won’t grow in warm temperatures, warm temperatures don’t kill it either, allowing its dormant spores to travel from one cave to another on an explorer’s favorite boots. Once one bat picks up those spores, the fungus spreads by contact throughout the colony as hibernating bats huddle together for warmth.

Scientists aren’t sure whether the lesions caused by the fungus contribute significantly to death rates, but there’s little doubt about their secondary effect: wakefulness. Skin irritation rouses the animals from their winter torpor months ahead of schedule, depleting precious reserves of fat. A single arousal can burn through the calories required to sustain a month’s worth of hibernation, Mylea Bayless of Bat Conservation International told an emergency web conference of U.S. scientists in January.

Bats that emerge from hibernation in the spring with sufficient energy to hunt for insects have a chance to recover. But those that aren’t strong enough — and that’s most of them — die of starvation. A 2011 study of all bat species at 42 sites in six states set the combined two-year mortality rate for white nose syndrome at 88 percent.

That makes Geomyces destructans particularly lethal for northern colonies of small-bodied bats. With tiny bodies and hyperactive metabolisms, species such as the little brown bat (Myotis lucifugus) can burn through seven months of fat in a matter of weeks. White nose mortality rates for the little brown are always higher than 90 percent, and a 2010 study predicted a 99-percent chance of regional extinction for the once-successful species by 2026.

Along the way, researchers have collected other puzzle pieces. While six species of bats are known to suffer from white nose syndrome, scientists discovered spores on three additional species in 2010, and none of them have yet developed the disease. Mortality rates for colonies of large-bodied bats are roughly half those of their smaller neighbors, and colonies in warmer areas demonstrate higher survival rates. And so far, the only bats to contract the disease are species that roost underground.

That’s the good news for Lowcountry bats. There are no caves along the coastal plain, winter here is more of a mood than a season, and the bats that prowl our bug-thick twilights tend to be free-tailed and big-bodied species that have so far managed to avoid infection. The Lowcountry’s only member of the vulnerable small-bodied myotis family turns out to be a variant with a unique trait: It reproduces twice as quickly as its Northern cousins.

“There may be a natural gradient for where the disease may not be viable,” U.S. Fish and Wildlife Service White Nose Coordinator Christina Kocer told her colleagues earlier this year. “So I’m kind of hoping that there may be some kind of natural limit on where the disease can persist.”

That doesn’t mean the state’s bats are likely to escape unscathed. Though South Carolina offers relatively few caves compared to some of its neighbors, the Upstate lies on the outer ranges of several affected species, and abandoned mines provide additional habitats.

To protect hibernating bats from human annoyance and potential fungus contamination, DNR’s Mary Bunch and others have been capping mines and caves with devices that keep people out while letting bats come and go. Other states have shut down entire cave systems and instituted mandatory decontamination protocols for scientists who venture inside. Such policies aren’t popular with recreational cavers, but to the scientists, it looks like a simple tradeoff.

“It could only take one human transmission to move (the fungus) considerably farther than a bat can, and you could have a new epicenter, and this could break out all over again,” Kocer said.

Getting guilt-tripped into saving a stray pet