Long Miles graduate from the school of reggae-rock 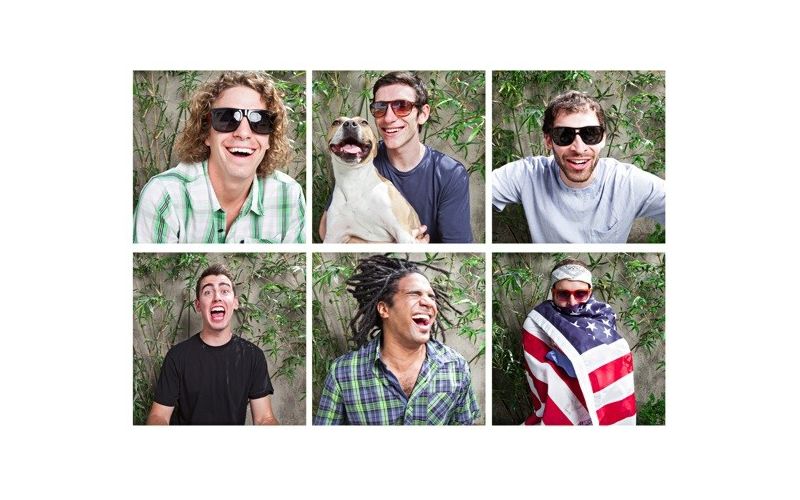 The local combo used to be a just pack of college kids, but things are getting serious

Four years ago, John Shields was a new kid in town, an 18-year-old transplant from suburban Philly eager to get rolling with a budding band. Nowadays, with almost four years of school under his belt, Shields is at a turning point. After graduation, he could pursue a standard day job and move into a sturdy career. Or he can follow a different path with his bandmates in the Long Miles.

“We’d already played together in high school, writing original tunes and playing parties,” Shields says of his pals — bassist Sam Morgan and guitarists Brett Haenn and James McNally. “We won a battle of the bands before we applied to college. Sam and Brett had already applied to CofC, and James and I weren’t quite sure what we wanted to do. Ultimately, we decided to stick together.”

The four friends to Charleston at the same time. All are due to graduate in May.

The Long Miles guys initially resided and rehearsed in a four-room suite at McAlister Hall. They became a solid team, refining their technique, songwriting, and on-stage performance along the way.

“Throughout that first year, we wrote and recorded 12 songs in the dorm,” Shields says. “Looking back on it, the quality isn’t that great, but we thought it was spectacular at the time. We enjoyed a little bit of success with it, and people responded well to it.”

During their freshmen year, Shields emerged as the lead vocalist and lyricist. Morgan and McNally provided additional ideas for song arrangements

“I think we came across as best friends on stage,” Shields says. “You could tell that we’ve been living and playing together for years.”

During their freshman year, the foursome picked up a weekly gig at King Street venue O’Malley’s, playing unplugged sets of covers and originals. They tightened up even more during their sophomore year, recorded with studio engineer Chris DiBeneditto (G. Love) at Philadelphonic Studios, and a released six-song mini album titled A Philadelphonic EP in Dec. 2010. Their popularity in the club scene grew even more throughout 2011.

“It was great because all of our friends in the dorm would come out and have fun,” Shields says. “They’d tell their friends and bring them out, and we started developing a little following.”

Drummer Adam Williams, a CofC grad from 2010, started sitting in at O’Malley’s and at other shows, eventually signing on as an official member. Williams also keeps time with funk band Wadata and a few Charleston-based projects. The most recent enlistment is former Plainfield Project organist/pianist Ross Bogan, who’s currently in his senior year at CofC. Bogan plays with Wadata, Weigh Station, and others as well.

“The band’s sound is still evolving,” Shields says. “We’re still trying to find our main style. We definitely incorporate a lot of styles. Coming out of Philadelphia, the hip-hop/blues feel of G. Love was a big influence on us. We were listing to hip-hop and reggae a lot. I personally really liked Jimmy Cliff and Umphrey’s McGee, too. Adam has the ability to play all sorts of music and rhythms, which allows us to expand. We got more in to the jam scene along the way, and we tried to get away from the standard formulas.”

All four of the original bandmates developed an interest in the inner workings of the music industry and the process of producing music. They enrolled in media classes and studied marketing on campus. Shields and Morgan attended CofC’s School of the Arts’ introduction to music management course taught by Mark Bryan, the lead guitarist of Hootie and the Blowfish and head of the Chucktown Music Group.

“Mark’s class was very helpful,” Shields says. “Classes like that encouraged all of us to stay in school and wait until we earned our degrees before making a some sort of a big move as a band.”

“I think the sound of this new album is tight and lively,” Shields says. “Rick worked fast and serious, and it turned out better than we’d hoped for.”

Rhythmically, the songs on Shades sound more like a modern reggae/rock band than a funky jam band or hip-hop hybrid. Syncopated reggae/ska beats are consistent throughout the songs on Shades. It fits in well with the post 311/Sublime side of rock.

“We had all always listened to reggae, especially Bob Marley’s album Burnin’,” Shields says. “We are influenced by the reggae/rock movement going on, but I don’t think we’re stuck in that subgenre. We can play with that feel, but we can do other things, too.”