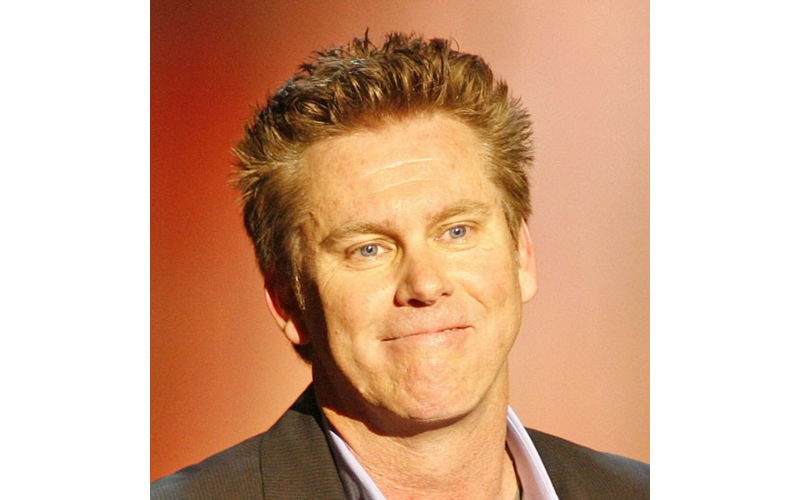 This past week I had the pleasure of interviewing one of my favorite comedians, Brian Regan. Known for his hilarious observational comedy, Regan seems like an all-around nice guy on stage and I’m happy to say that the same could be said for him offstage. What’s even better is that even after making it “big time,” Regan still genuinely cares about his art form, and his passion for it is genuine — and it shows in his sets. Seriously, if you haven’t made plans yet, go see this show. And if you did, cancel them and then go see this show. It’s going to be fantastic.

City Paper: Other than writing and telling jokes, what are some other things you love about your job?

Brian Regan: Well, I love making that comedic connection. There’s something very powerful about thinking of something that’s funny, or that you think is funny, and not knowing until you get on stage if someone agrees with you or not. And to make people laugh, it feels great … People feel good when they laugh. It’s a powerful feeling.

CP: It was funny. You’ve been doing comedy for a long time. Like a couple that has been married for a long time, how do you keep your relationship with comedy fresh and exciting?

BR: By not always doing the same stuff. Going out there and doing new material. Not brand spanking new, but relatively new. That’s what keeps it fresh for me. I like to go on stage with a variety, with some stuff that’s been around for a handful of years, some stuff from the last year, some stuff is from last week, and some stuff is brand spanking new. Those are the moments that excite me — when I’m coming up to a brand new bit. The more virgin the snow, the more fun it is to run on.

CP: The North Charleston Performing Arts Center has 2,300 seats. You’ve been doing theaters similar in size for a long time. Are you doing anything in particular in order to reach the couple in seats 2,299 and 2,300?

BR: I don’t know about that theater in particular. But usually if the theater is a certain size, if it’s really big, we try and have big screens, to show me magnified. What can be better in life then looking at a big giant Brian Regan? So that helps. Even if you don’t have screens, you gotta be really careful on how you control the stage, and you gotta make it clear that you’re not just performing for the people in the front. You’re performing for everybody. You gotta look around; you gotta command the room.

CP: I just listened to the All By Myself album, which is great, but there was a bit I wanted to ask you about. It was about horse racing and you said, “This is not going to be on the CD, I’m just thinking of this.” Was that a real moment, or was it something that had been discovered at another time and you were recreating it?

BR: No, I try to have real moments be real moments. It’s like, a little creepy, if an audience feels like a moment is real or happening, to manufacture that, you know? That was one of those things that seemed to work and it was like, “What the heck, let’s throw it on the CD,” even though I said, “Let’s not throw that on the CD.”

CP: I know I’ve had real moments of improv on stage that got laughs and I was like, “I’m going to put this in my regular routine,” and it just can’t be recreated.

BR: That’s what I was saying earlier, if it’s a real moment, sometimes those real moments are really only supposed to take place in that moment and then that audience feels like they were involved with something that really happened in a spontaneous way. Sometimes it’s best not to try to recreate it.

CP: In the comedy world, the phrase “comedian’s comedian” or “comic’s comic” is a badge of honor. I often hear that used to describe you. What does that phrase mean to you, and do you think it fits you?

BR: You know, it will sound self-serving for me to characterize myself that way. I’m honored that other comedians like what I do. That means the world to me. But at the same time when I’m on stage I’m not just trying to make the comedians laugh — I’m also trying to make the audience laugh. I want to make everybody laugh. There’s an expression, “playing to the back of the room,” that means you’re just trying to make the comedians laugh, and you don’t really care about the audience. I don’t take it that far … I want the comedians in the back of the room to laugh and the fact that I’m lucky enough to cast a wide enough net and ensnare everyone feels good to me. I don’t know if you can ensnare someone with a net. Bad choice of words, I don’t know.

CP: They would have to be easily fooled.

BR: “I don’t see these big gaps in this net, I’m gonna consider myself ensnared.”

BR: The laziest victim in the world. They just walk through the gaping holes in this thing over here.

CP: “I just wanted to take a nap, now I’m trapped!” I have heard that the reason you work clean is not because you intentionally work clean, but because that’s just how you are. Is that true?

BR: Well, for the most part yes. I mean, I just tend to think about everyday things for my onstage act. Actually you know what I like to talk about just the absolute most — the more mundane the subject matter, the more interesting it is to me.

CP: I’ve been watching your Letterman clips all day. My comic friends and I often ask each other what jokes would we use in our five minutes on Letterman. If you had to pick a favorite of your 25 times on Letterman, what would it be?

BR: Ah, no, that’s hard to do. But you know, I did a bit one time about show horses, and trucks pulling trailers that have signs on the back that say, “Caution Transporting Show Horses.” I did this whole thing about how absurd that is to me that we are supposed to be more cautious to show horses then the vehicles with the human beings inside. I was told afterward that Letterman loved that joke and said that’s the exact kind of joke he likes on his show. So for whatever reason, I underscored that in my mind. I don’t know what it is about that joke that he likes, but it’s nice to make a connection with anyone, but particularly with someone like David Letterman.