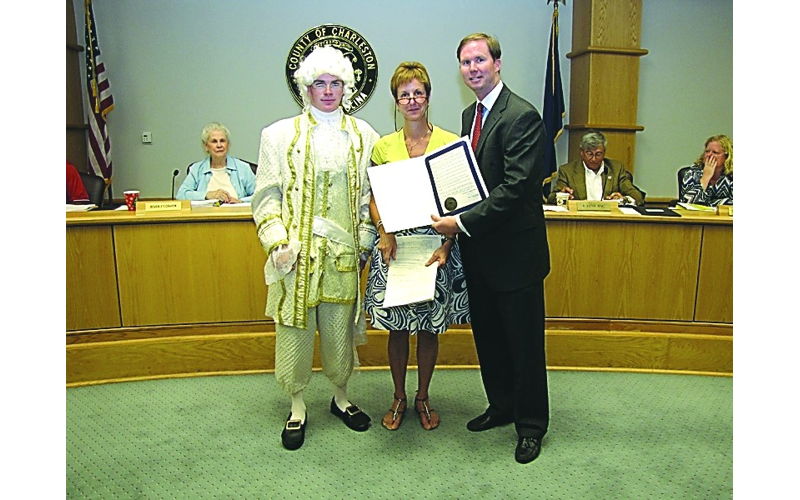 Lowcountry Local First was created more than two years ago as a grassroots movement to encourage residents to buy local and support their community. Starting this month, Local First is pointing the movement toward an achievable goal: the 10 Percent Shift.

Spending locally keeps more money in the community. A fall study of Kent County, Mich., similar in size to Charleston’s tri-county region, estimated the shift could create 1,600 jobs, with $53 million in new wages.

With the shift, participants are asked to move 10 percent of their annual spending to locally owned businesses.

Local First will be hosting a 10 Percent Shift launch party from 7-10 p.m. on Friday, July 10, at 10 Storehouse Row at the Navy Yard at Noisette. Food and drinks will be provided by local businesses. Admission is 10 cents.

Online resources include a calculator to determine how to begin the shift and other information on the buy local movement.

The shift is a realistic goal, says Joe Grafton, a national 10 Percent Shift co-chair and a buy local organizer in New England.

“It’s easy to make a statement. It’s harder to make a behavior change,” he says. “So we try to find ways to help people shift their behavior.”

Mom and pop vs. Wal-Mart is a good example of the buy local fight, but there are a host of ways to support local businesses, including buying your car from a locally owned dealer or getting your mortgage through a local bank, says Jamee Haley, executive director of Lowcountry Local First.

“It’s not just retail; it’s looking at all services,” she says.

The launch of the 10 Percent Shift in Charleston has provided an opportunity to speak with local government officials about their procurement polices, Haley says.

Some municipalities already give some preference to local businesses as long as there isn’t a recognizable cost savings from looking elsewhere, but Haley says more can be done to keep that money in the region, along with the jobs that go with it.

“We’re really not saving anyone any tax dollars by not buying local,” she says.

Grafton took to the road last month to chronicle various stories across the country of locally owned businesses not only thriving, but contributing to their community.

Grafton says that the people he saw on his trip filled several different roles.

“It’s funny to say, but I really think we are living in a modern renaissance,” he says. “The renaissance period was this amazing influx of new ideas and technology that spread rapidly. And you have these amazing people take that and start using those tools and ideas in all kinds of different directions … completely changing the way the society operated. I feel like that’s where we are right now.”

Grand Rapids, Mich., was one stop on the trip. Because of the crumbling auto-industry, the area is the poster child for the economic downturn, Grafton says.

“One artist located his gallery in a place that only had a Salvation Army, a homeless shelter, and mentally ill treatment facility,” he says. “Not one other business on that street. They were all boarded up.”

The homeless shelter is still there, but now a thriving strip of local businesses has grown up around it.

The rebuilding of New Orleans is another example of independent energy. Grafton spoke to one woman who just wanted to give the community what it needed after Katrina.

“She wanted to open a bookstore, and they didn’t want a bookstore,” he says. “They wanted a place where they could sit and have coffee, so that’s what she gave them.”

All of Grafton’s interviews, from Charleston to San Francisco, can be found at shiftacrossamerica.blogspot.com.

Grafton plans to turn the interviews into a documentary. “It’s about elevating our message so that people understand they have the opportunity, in the face of crisis, to come together in their community and whatever way works for them,” he says. “And by making a small, modest behavior change, you can have huge impact on the local economy.”