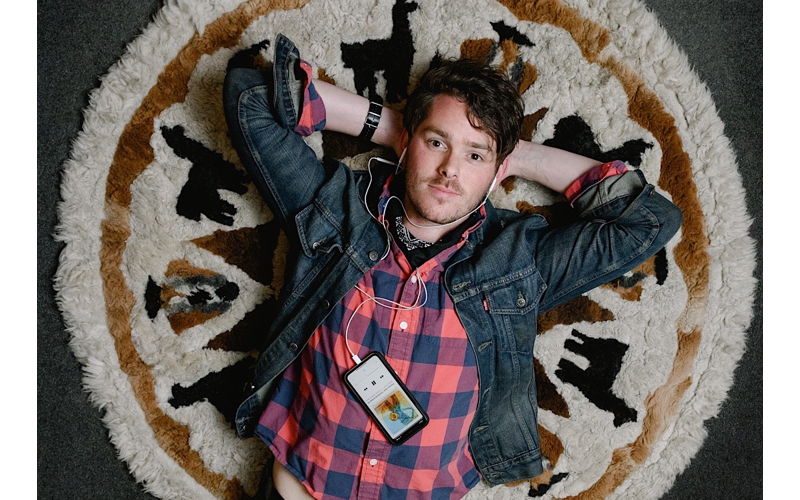 Going against the stream

In the words of several Charleston artists, music streaming service compensation is “terrible,” “abhorrent and intolerable,” and completely “fucked.” Yet, they all have accounts with major streaming services.

What else is there to say?

“It is burning me out to live the double life of Spotify’s professional volunteer songwriter and a normal worker funding my existence, new equipment, time ‘off’ to songwrite and record,” says Anjali Naik, also known by the stage-name Diaspoura. “Music is being put on a conveyor belt to sell streaming platform subscriptions, and we’re convinced to suck it up and enjoy the privileges of having their data and exposure.”

The numbers validate Naik’s complaints. For every song streamed, an artist makes between $.006 and $.0084. This money is then divided among the artist, the record label, the producer, and any applicable songwriter.

Forbes puts the net worth of Spotify CEO Daniel Ek at $2.1 billion. Tim Cook is estimated to be worth at least $625 million as the CEO of Apple, another major player in streaming music, according to Business Insider.

The artists that write, record, and upload the music are not as fortunate. “I’m not that poppin’ musically, or whatever, but I think in my whole music career, across the past few years, I’ve probably only made $80 [from streams],” says producer Black Dave, who uploads music to every major streaming service.

That same $80 can be made in one night from decent merch sales at a small venue.

For better or worse, the convenience provided by music streaming has revolutionized the way fans listen to and discover new artists. Spotify edged out iTunes the way Netflix did Blockbuster, shifting toward an on-demand subscription-based market. Plus, the minimal requirements to upload music onto a major streaming service makes it a no-brainer to join one or several.

Even Charleston Mayor John Tecklenburg has a banger on Spotify entitled, “Thank You, Mr. Heineken.”

But, since everyone’s not lucky enough to be elected mayor, working artists have had to find ways to cope with getting paid less than a penny for every song streamed.

Naik has taken action over the low payment schemes by publicly speaking out about the way it can negatively impact artists at the Rally for Artist Rights.

“There are major downsides to the convenience which streaming platforms build,” Naik says, “such as a loss of music journalism and organic sharing, which, to me, was a more holistic and transparent approach to discovering music in the underground.”

Naik created the Rally for Artist Rights as a platform to educate artists on the truths behind streaming services through open community dialogues among musicians and fans. On Aug. 23, the rally made a stop in Charleston at the Royal American.

“The positives [of streaming] are great, but they’re not valuing what we’re doing enough,” says Black Dave, after attending the rally. “It’s kind of like, ‘Thanks for the streams, I’m so glad we could get in front of all these people, but why aren’t we making any money?'”

“Many artists don’t know how platforms are abusing them, or they are capitalists willing to play cute, be quiet, and buy their way on top of the stacks,” Naik told the City Paper about why the rally was formed.

The rally began in New York on July 27, where Naik lived at the time, and grew to reach a national audience. Other Rallies for Artist Rights were held in L.A. and Portland, Ore.

Charleston’s rally was organized by local singer Niecy Blues, who calls the method of payment from streaming services “absolutely unfair and ridiculous.”

“I believe that all streaming services are abusing artists in some way,” says Blues. “Whether it’s the algorithms making it near impossible for unsigned, independent artists to be discovered, or the low payout artists receive per stream.”

Jordan Miller of macabre rock band DerPot sees the tried and true method of performing as the only way to make money at the local level.

“The one thing I truly believe that will always keep a scene alive is simply going out and playing,” he says. “By having a group of artists, whether it be bands, singer-songwriters, rappers, etc. going out and performing and making an impact or generating response, it creates a greater demand for the people to want to hear you and pay to hear you. Which in turn, theoretically, would make people check you out and stream your music. Life doesn’t always work like that though.”

Still, some artists believe that, while it treats musicians unfairly, there are ways to use streaming services to their advantage. Spotify provides listener locations to artists, which can be used to plan shows and tours.

Matt Zutell of Coast Records says that one of his biggest opportunities with electro-rock band Human Resources can be directly attributed to streaming services.

“Human Resources music just existing on Spotify caught the ear of Taylor Locke, of the band Rooney, and lead to us flying to L.A. and him producing a couple songs for us off [the band’s 2018 album] Champagne,” he says. “It’s a double edged sword. Yes, it will be nice to have a better pay out from streams, but it’s so easy and low cost to have your music distributed on these platforms.”

Zutell adds that he hopes the Rally for Artist Rights is successful and he supports streaming services providing better compensation to artists. In the meantime, he’s trying to be optimistic.

“I fully realize how fucked it is how artists are getting paid, but the entrepreneur in me just looks for ways to work around the flaws in the system and make it work,” he says. “The fact remains that this is the standard of how everyone listens to music now, and while they’re working out the legislation of royalties, I’m looking for every way we can still use streaming to the artists’ advantage.

Guitarist Andrew Barnes from post-hardcore act Florida Man looks at money from streaming as “a cute little bonus every once in a while” that can buy a meal or two on tour.

“We’ve had some cool opportunities to be included on some high-traffic playlists here and there, which have helped raise some awareness about the band,” says Barnes. “But, even with opportunities like that, streaming sales are so insubstantial that we don’t even factor them into any budgeting we do.”

“Shows and merch are the only way we’ve been able to be self-sufficient so far,” he adds.

Working musicians of all countries, unite

Streaming services present a catch-22 for artists. They all admit that the pay is unfair — a small group of people are making millions (if not billions) off of their hard work — but it’s a ubiquitous part of modern music. The idea of not uploading music to the services in protest seems to do more harm to the artist than the companies’ policies.

Despite their battle with music streaming services, even Naik is on Spotify.

And, while he says that artists are undercompensated through these platforms, Black Dave also says that it would be “dumb” for an artist to not be on them.

It’s quite the catch, isn’t it? Maybe the Rally for Artist Rights can grow into a place for musicians to organize and stand as one: producers against the big bosses, the many versus the few. Until that singularity of the minds happens, Niecy Blues advocates for fans to pitch in to support artists.

“I think a lot of listeners and people who attend concerts don’t really realize how we have to sustain ourselves because streaming services don’t,” says Blues. “An immediate way I would give listeners to help is to just contribute to buying merch. I know it’s hard because a lot of people are friends with artists, but actually try to make an effort to purchase a ticket, instead of asking for comp tickets.”

As far as Naik is concerned, a better arrangement is somewhere past the horizon. “Artists are visionaries and I don’t doubt that we can envision many different systems that work better for us.”