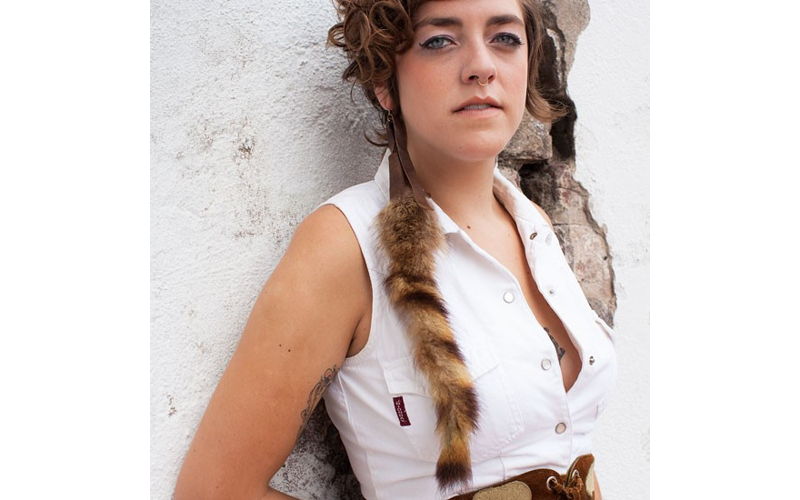 “I think pure country includes rock ‘n’ roll. I don’t think that you have to call it country rock, any more than you have to call something folk rock. I was brought up in the South, and I never knew the difference between Negro gospel music and country music. It all was just music to me. It just doesn’t make sense to me. How can you define something like that? I just say that it’s music. Either it’s good or it’s bad. Either you like it or you don’t.” —Gram Parsons

Parsons said these words shortly before he died of a morphine overdose in 1973 at the young age of 26. Listening to the recording of the interview, Parsons speaks in a soft lilt until he comes to this line, “How can you define something like that?” At this point, his voice becomes noticeably angry. The very thought that someone would ask him to categorize the music he creates makes him bristle. He’s baffled that the interviewer has asked him to label something that in his mind possesses a mystical quality that goes far beyond mere words.

Local songwriters Lindsay Holler and Brian Hannon are among the multitudes who stand in awe of Parsons’ alchemy. A few months back, Hannon, who leads the group Company, approached Holler about tweaking the format to this year’s Holy City Cold Hearts Revival. He suggested making it a Parsons tribute with all proceeds benefitting the Gram Parsons Foundation, which helps musicians and artists battling addiction. They’ll be joined by Elim Bolt, Rachel Kate Gillon, Jordan Igoe, Ryan Bonner, and Holler’s own Western Polaroids. Local Parsons supergroup Hickory Wind, made up of Holler, Hannon, Josh Kaler, Mackie Boles, Brad Edwardson, and Johnnie Matthews, will round out the bill.

After learning about the Parsons Foundation, Hannon organized a fund-drive last year. “When you play in a band, it’s endless self-promotion, you know, ‘Come see me play the same songs you’ve already heard,’ so it’s great to give back,” he says. “Last year, Polly Parsons sent me a letter thanking me, so this year I approached Lindsay about doing the best fundraiser we can.”

Making it a benefit was especially important to Hannon. “My original drummer for Company, Kelly Grant, was my best friend, and he OD’d two years ago,” Hannon says. “If I had known about the foundation when I was dealing with Kelly’s stuff, you know, that really would have helped. It wasn’t until after his death that I realized there are people who know what to do in this situation.”

We sat down with Holler and Hannon to discuss just what it is about Parsons that makes some folks go weak in the knees. There’s his time in the Byrds and the Flying Burrito Brothers; his melodic, heart-wrenching solo albums, GP and Grievous Angel; his gorgeous harmonies and intense chemistry with Emmylou Harris; his influence on the Rolling Stones, particularly during the recording of Exile on Main Street; and of course, the bizarre events surrounding his death (his friends stole his body from the L.A. airport and lit his coffin on fire in an attempt to honor Parsons’ wish to be cremated at Joshua Tree.)

So where to start? With the music, of course. “The thing about Gram was that he did some things very well and he admired other musicians who did other things, and he sort of wanted to have his cake and eat it too,” said Holler. “You know, dudes with long hair couldn’t play country, and guys in nudie-suits couldn’t play rock. He was really good at writing country songs, beautiful songs, but he wanted to rock, and he hung out with all these rockers, especially the Stones, so this alternative-country-rock sort of came out of that.”

Hannon interjects, “He hated that term actually. He liked to call it cosmic American music.”

As for Parsons’ influence on the greatest rock ‘n’ roll band in the world, Holler and Hannon note that Keith Richards in particular was enamoured with the country-rock pioneer. “Keith Richards loved Gram,” Holler says. “Coming from a completely opposite background, from England, he had this thing for the Southern mystique, and he was fascinated by him.” Hannon adds, “Gram was his gateway to that, and you can hear it on Main Street. It’s like he wrote that record.”

Holler adds, “Richards also liked Gram because he was a rich kid, so he could pay his own way, buy drugs, and be able to say, ‘Oh yeah, I’ll just take off for the French Riviera with you guys.’ And one of Gram’s best attributes was his ability to emote vocally, and I think he also helped Mick Jagger learn how to not over-sing everything.”

Hannon quickly interjects, “Even though Mick hated Gram because Richards was always doing drugs with him. That whole record, Richards was totally fucked up on drugs, and I’m sorry but that’s the best rock record ever made.”

While Jagger had an eye for the business side, Richards was the dreamer, the guy who left tape running in his studio 24/7 because he knew he’d be too drugged out to remember his late-night creations. Parsons was a muse for him, his window into a style of music and a culture Richards knew he wanted to meld with his own sound. Of course, Parsons also helped him access lots of other things, namely heroin.

Holler and Hannon feel, as do most Gram fans, that his influence on the Stones permeated their early-’70s sound and bled through into just about all modern rock music. That’s on top of creating country rock, which has now ballooned into the amorphous Americana. Parsons’ influence is heard everywhere these days, from obvious disciples like Tom Petty and Ryan Adams to indie rockers like Dinosaur Jr., weirdos like Radiohead, and even the young Swedish sister act First Aid Kit (check out “Emmylou”).

In fact, both Holler and Hannon found Parsons through decidedly non-country avenues. “I was a really big Black Crowes fan,” Holler says. “And they would always include a Burrito Brothers or Gram song, like ‘Dark End of the Street,’ and I love when bands do that because I discovered so much music that way. It’s like you open a Gram Parsons bag and just fall into it. I learned how to sing harmony from Gram and Emmylou. If someone asks me about harmony, I point them that way, like on ‘Hearts on Fire.’ She could follow what he was doing, just visually, just looking at him. It’s uncanny.”

Hannon’s tale is different. “I’m not really a Southerner and I was always into indie rock, so my first country stuff was Townes Van Zandt,” said Hannon. “I didn’t know country that well but I knew music, so I feel like country music was my gateway to Southern culture. I didn’t find Gram until I fell in love with this girl from Georgia and we lived his repertoire — you know, cheating, lying, and crazy in love.”

The Company frontman adds, “His ethos is so similar to indie rock. He doesn’t have a good voice. He just lives it and you can feel that.”

For Rachel Kate Gillon, who grew up in Nashville and has dabbled in folk, metal, and everything in between, it was Parsons’ words. “I’m a huge lyrics person and he just has a thing with words. It’s just raw and going for it,” she says. “A lot of times people are afraid of being honest, but his songs are so honest and I connect with that.”

Usually when you ask three musicians about an important influence, they will surprisingly say the same thing. The significance of Gram Parsons’ contribution to modern music is illustrated by the fact that he elicited three entirely different responses from three performers. He taught one what harmony was. Another how music could be desperate and real. And the last to be honest with her words.

These three sides of Gram — and there are many more — are just like the genre he created but never saw grow to fruition. They blended, mixed, and molded themselves into one unique, entirely new concoction, whose individual parts no longer have meaning without the whole. They have joined together to form a full portrait of the man, the manifold faces of whom can never be untangled.