Let’s be honest about the roots of Confederate monuments 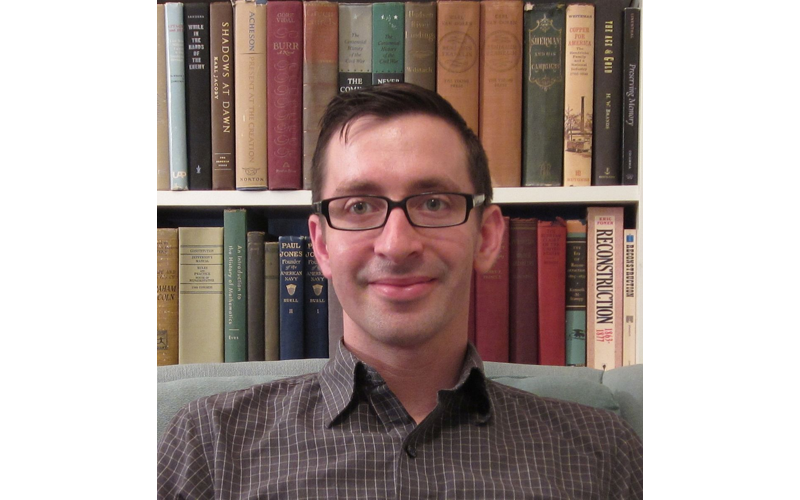 There are some common misconceptions about the monuments in Marion Square. Not infrequently, some Charlestonians claim that the memorials were erected without “any reference to white supremacy” or that celebrating the Confederacy had nothing to do with racism or slavery. But as numerous scholars have shown, Jim Crow era monuments, including both the Calhoun statue and numerous other Confederate monuments around town, were often explicitly tied to a celebration of white heroes and the success of white supremacy.

These monuments were meant to whitewash how South Carolinians viewed slavery. While it is true that at the 1887 Calhoun monument dedication, Lucius Lamar declared, “Slavery is dead … Why reopen it today? Let it rest,” Lamar ignored his own advice. He did not let it rest. Instead, he continued, “Yet, if I remain silent upon the subject it will be taken as an admission that there is one part of Mr. Calhoun’s life of which it is prudent for his friends to say nothing to the present generation.” Lamar then went on to speak admiringly of Calhoun’s views on slavery, echoing the South Carolina politician’s/statesman’s defense of it as a positive and civilizing institution, beneficial for “the ameliorating and humanizing tendencies it introduced into the life of the African.” In reality, slavery was an inhumane institution premised upon extracting labor through violence and the threat of violence. Enslaved people were routinely whipped, branded, tortured, permanently separated from their children, and could be killed at will. Young women — some as young as 12 — were openly advertised for sale as sex slaves in Southern newspapers.

Lamar is sometimes celebrated because he opposed efforts to legally disenfranchise blacks in Mississippi’s 1890 constitution, but he was also a leading figure in ending Reconstruction in the state, helping to plan the successful strategy that used violence in 1875 to intimidate African American voters. During the campaign he gave speeches celebrating “the supremacy of the unconquered and unconquerable Saxon race.” Though John F. Kennedy celebrated Lamar for his efforts to facilitate sectional reconciliation, these efforts were always premised upon rendering African Americans second-class citizens. Sadly, Kennedy was a better politician than he was a historian of Reconstruction.

Jim Crow era monuments were not meant to just honor Confederate military service, but often they explicitly celebrated the winding down of Reconstruction and disenfranchisement of African Americans. The Wade Hampton monument in Marion Square is one such example. In addition to being a Confederate General, Hampton served as the state’s governor. Hampton and his supporters ensured gubernatorial victory in 1876 through appeals to racism, cheating, and violence. During the campaign, the Red Shirts and rifle clubs — white supremacist terrorist groups committed to keeping African Americans from voting — drove black South Carolinians from the polls, disarmed black militias created for self-defense, and murdered freedpeople across the state. Hampton’s supporters also committed widespread fraud. Edgefield County counted over 2,000 more votes than there were voters in the county.

At the dedication of the Hampton monument, speaker Samuel Mitchell focused not on wartime defeat but rather on Hampton’s postwar career as the leader of the Red Shirts and rifle clubs. “The supremacy of Hampton’s character,” declared Mitchell, “was shown in his leadership of his people in 1876 when he redeemed the State from the rule of radicals and scallywags.” Everyone in the audience would have understood that the celebration of South Carolina’s “redemption” was the celebration of a return to white rule in the state.

Confederate monuments were not apolitical; they sent a clear message to viewers as to who controlled public spaces. Indeed, discussing the original Calhoun monument, which was erected in 1887 but replaced within a decade, Charleston resident Mamie Garvin Fields recalled, “Blacks took that statue personally,” seeing Calhoun looking down on them as a message that “you may not be a slave, but I am back to see you stay in your place.”

Many people have a fundamental misunderstanding about the level of support for these monuments when they were erected. The majority of Charlestonians did not even support the erection of these monuments when they were erected. Local attorney Robert Rosen recently claimed in a Post and Courier column that “South Carolinians […] idolized Calhoun as a national leader,” ignoring the fact that the majority of South Carolinians from 1830 to 1910 were neither white nor idolized Calhoun. Indeed, the vast majority of the state’s population supported the United States during the war because most South Carolinians were enslaved. Only if we ignore over half the state’s population can we pretend that the Confederacy was supported and later celebrated by even a majority of South Carolinians.

That these monuments offend people is not a new phenomenon. African Americans actively rejected a whitewashed memory of the state’s past. Charlestonians have literally been defacing and destroying Calhoun monuments and busts since the end of the Civil War.

White Charlestonians designed these Jim Crow-era monuments to impart a false narrative of the past to future generations that justified white rule and erased much of the city’s rich African-American history. I don’t have a magical answer for how to address this controversy, but as a historian who studies monuments, I can provide historical context for the public to use in their deliberations and debate. Whatever Charleston decides, let us be honest about these monuments and the city’s own deep ties to racism.

Dr. Adam H. Domby is an Assistant Professor of History at the College of Charleston and the author of the forthcoming book, The False Cause: Fraud, Fabrication, and White Supremacy in Confederate Memory.

A year after deferral, still no movement on Calhoun monument plaque

Without Donald J. Trump being elected President of the United States and exploited by our global adversaries, the world would not have known how unfit to lead he is, how controlling foreign governments are of his finances, and the organized influence they had on our 2016 presidential general election. Because of number 45, even the […]