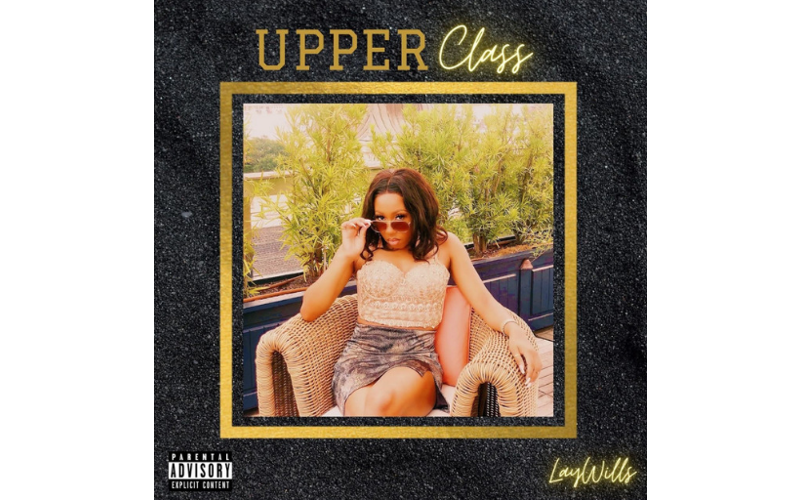 Lowcountry rapper LayWills’ sophomore album, Upper Class, is all about the next step up. Taking the formula she laid down in her debut EP Preschool, LayWills upped the ante on the feel-good party vibe without losing the soul of that last album.

“[Upper Class is] more so documenting coming up in a different hustle, coming into my own as an artist,” she said.

“Escalade,” one of the rapper’s favorites from the album, portrays LayWills’ journey and success in Los Angeles, where she lives now.

“Paper flowin’ like Niagara Falls/ Phone blowin’ blowin’ up from the missed calls/ rappers reaching for a feature feature,” she raps over a driving beat.

Upper Class was recorded at TwinD1st Century Entertainment in West Ashley. The footprint of studio founder and engineer Twin can be heard throughout the EP.

The third track on Upper Class, “Heist,” is a fun and dark track that gives LayWills the chance to show off her word play and ability to change up her flow. “While you out there running miles/ I’ll be in here running business/ I’m that HBIC with that full drip I see,” she raps.

LayWills uses the last song on the EP, “Reflections,” to show her range as a songwriter.

“I pulled up to the scene/ without a dollar, but a dream/ I only had a destination/ told my mama I would make it/ been having premonitions since ‘98/ about sitting amongst the greats with a plate/ in a seat that had my name on it.”

The rapper has a pretty extensive background in acting, a passion that she said has influenced her music. “I feel like me as a rapper, I try to give a bunch of different sounds and that’s where my acting comes in because I try to create different characters within my music,” she said.

While LayWills continues this trend to an extent on Upper Class, she said that she strived for a “level-up vibe.”

New distanced concerts include Ranky Tanky, Shovels and Rope, others at The Bend

Gaillard to be lit red in support of venue relief