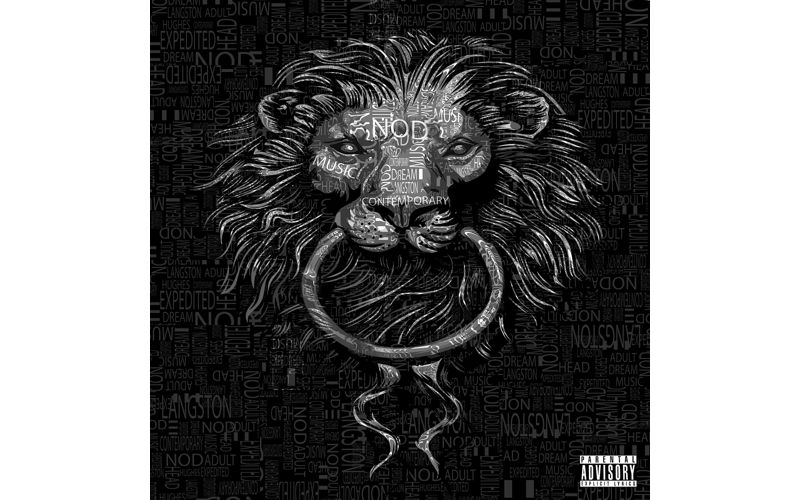 In the anxious weeks leading up to the release of their group’s debut LP Dream Expedited, Chawle Dawk da Superstar and Maximillion are finally thinking about the future, instead of the past.

“Right now, on Oct. 25, when the album goes live, I complete it,” says Chawle, one fourth of rap group Langston Hughes III. “It doesn’t matter what happens after that. I set out, I got the goal, I got this project done.”

Formed in 2014, after years of staying quiet, Langston Hughes III is an attempt to reignite the dreams of yesterday — taking them back by force, if necessary.

As somewhat clandestine luminaries in the Lowcountry hip-hop scene, Chawle and Maximillion toured the U.S. in support of Charleston’s first nationally recognized rap album in the ’90s, guided the scene through the 2000s, and were instrumental in laying the groundwork for Holy City hip-hop.

But, for differing reasons, their end-goal of a career in rap music remained elusive.

Dream Expedited may be the group’s triumph, but this victory comes at the end of an almost 30-year struggle to turn a dream into a reality.

It Was all a Dream

Nationally, rap music was a different animal in 1991. Thanks to albums like Straight Outta Compton, 3 Feet High and Rising, and The Low End Theory, hip-hop was slowly crawling out of the underground, challenging its own creativity, and setting the stage for a global movement.

In Charleston, the genre had a small scene and radio support, but it was still searching for its own hero to rally around. “The hip-hop circle here was really small [in 1991],” Chawle recalls. “There was only a few outlets, so you’re going to run into people.”

After the dissolution of his first rap group, Chawle began accumulating a series of demos for a record deal. In the process of building his dream, the young MC met Max, at the time a popular backup dancer in the hip-hop scene.

“I tried to get him to dance for me, only to find out he’s rhyming. He’s a rapper now, so I’m upset because I’m like, ‘Shit, everyone wants to rap now.’ ”

Chawle was “pissed” at first, according to Max, but a couple freestyles between the two proved an innate chemistry existed.

“I went to produce a demo for Max and the group he was in, and we just kind of had a connection. It didn’t take long — we decided, ‘I think we should be a group,'” says Chawle. “From there, we became Madd Phlayva, and we brought our respective crews along.”

The youthful excitement in the air threw the group into a recording frenzy, and the demos coming out of the studio were so impressive that local record label Vertical Records was built around the new band.

In the following months, life moved faster than Chawle and Max could process. Madd Phlayva recorded an album in L.A., scored big with a performance at hip-hop convention Jack the Rapper in Atlanta, changed their name to Da Phlayva, and snagged a distribution deal with S.O.L.A.R. Records. At their zenith, the band released Charleston’s first nationally distributed rap album, Phlayva 4 Dem All.

Da Phlayva’s debut effort was as jazzy as Blowout Comb and as raw as 36 Chambers, but was such a uniquely Lowcountry experience that it’s unlikely to be recreated. Imagine A Tribe Called Quest, but dirtier, lo-fi, and raised in the Lowcountry. The music’s boisterous talent and jagged punch were undeniable, but the album cover, a pan-Africanized Confederate flag, became a national point of contention.

“Back here in Charleston, while we were in Cali [recording], they were meeting about the album and they came up with the idea of taking the Confederate flag and adding the African liberation colors: red, black, and green,” Chawle says. “They thought it was a great idea. We didn’t think it was a great idea.”

The band’s intuition turned out to be correct when a black Stratford High School student, Shellmira Green, wore a shirt with the band’s logo to school. Green, an honors student, was suspended, despite white students regularly wearing Confederate flag apparel.

According to Max and Chawle, the controversy did not break them from the label, but the loss of creative control behind the album cover didn’t help their relationship.

“We had an idea of what we wanted the album to be, what the album cover would look like,” Max says. “It was our debut album; it was our baby and they just came and were like, ‘Hold up a minute. Let’s do this. Let’s take your idea and put it over here. You can do that later.’ It was hurtful, man.”

After wrapping up their national tour, Da Phlayva returned home. Vertical Records’ founder shifted his focus more towards his clothing line, NuSouth, and the chance for a second album faded just three short years after the band was created.

Years passed. Chawle and Max stayed busy with a radio show that gave a platform to many local rappers in the 2000s, and they founded a new rap group, Da Carolina Pathfindaz, with their friend Bumpy Johnson. Alongside TwinD1st Century Entertainment and T-Mac, the Pathfindaz shepherded the rap scene into what it is today.

But, the national recognition Da Phlayva tasted was still lost.

“I can remember on my 30th birthday, actually being quite depressed,” Max remembers. “I started reflecting. Not very long ago, I was in L.A. I was pursuing my dreams. I was with a handful of like-minded people and now I’m in the hustle-and-bustle. I’m in the rat-race, somewhere I didn’t want to be.”

Music intermittently happened, including the Carolina Pathfindaz album We Everywhere! in 2003, until it went the way of Da Phlayva, slowly fizzling out.

Chawle quietly soldiered on, while Max left music until the early 2010s.

“It started with Max,” says Chawle about Langston Hughes III’s earliest days. “I guess he had the itch and he came to me with the idea to do a song, which turned out to be ‘Carolina Shine.’ That song, ironically enough, kind of shaped the mission and the movement.”

Upon learning that Da Phlayva had a European following, thanks to Chopped Herring Records’ offer to re-release Phlayva 4 Dem All on vinyl, and Choc da Bully’s contribution on “Carolina Shine,” Chawle and Max found a new drive for music. In 2014, they founded their latest project, Langston Hughes III.

“For us to do music, it has to make sense. It has to fit, because hip-hop is all about being cool, and we can’t be corny. I can’t come back on that ’90s shit. That’s going to look crazy,” Chawle says, describing the band’s formation. “I always felt like we were running against the clock. At some point, this isn’t going to make sense. We can’t be 60 starting. I always felt a sense of urgency.”

Joined by Choc and Da Moja DJ Cory B, Langston Hughes III continues Chawle and Max’s history of pioneering their own trail through hip-hop by creating their own genre, adult contemporary head nod.

Even in recent hard times, like the sudden death of friend and Pathfindaz bandmate Bumpy Johnson, Langston has bolstered themselves.

“We look at my brother Bumpy Johnson, rest his soul, he just left this Earth,” says Chawle. “And that was a tragedy, but it also was a wakeup call. He left this Earth right when we finished this album. He was supposed to be a part of this project; we didn’t make that happen. He wanted to get back to doing music; he didn’t make that happen. So, sitting in his funeral, I’m like, ‘Man, I’ve got to take his dreams and put it on my back with my dreams.'”

“What happens to a dream deferred?” poet Langston Hughes famously asked in 1951.

Just three weeks before the Oct. 25 release of Dream Expedited, Chawle and Max are eager for the Lowcountry to hear what they’ve worked on. “There was a lot of sacrifice, a lot of thought. It’s very creative,” says Max. “It’s educational in certain moments and it’s so diverse. I think that’s what I’m most proud of.”

The title track begins the album exactly where it needs to: a reintroduction that doesn’t hang on the past because it’s too busy slapping the audience with bars and beats.

“You are now about to witness a lifetime commitment/ matrimony up close, sometimes from a distance/ for instance, the first kiss instant/ the passionate a penchant,” raps Chawle.

The beat’s old-school progression is countered by its use of modern synthesizers that dynamically quiet down — only with the intent of coming back stronger.

“Sophisticated iTunes” allows the band to rap to an R&B beat, fit for relaxation or a low-lit house-party. There are so many gorgeous garnishes in the production, from the sharp bass slaps, to the light chimes, to the vocal melody in the hook, that the lyrics act as an accent to the music.

While describing adult contemporary head nod, Chawle incidentally characterizes Dream Expedited. “We still have that b-boy energy,” he says. “I think we found a beautiful marriage of where we were, where we are, and where we’re going. Langston Hughes III as an entity represents more of where we’re going and not where we’re at.”

“Black Nights,” the penultimate track, discusses gun and racial violence seen in the Lowcountry over the last several years. Touching on the deaths of Walter Scott, Ariel Morgan, and the Emanuel Nine, “Black Nights” provides a moment of somber reflection at the LP’s 11th hour.

Much of Langston’s sound was inspired by James Bond’s classy and cool persona, and the four members channel confident sangfroid on “Mozart Smokes Black & Milds,” “Langston Lover,” and “Old Bay.”

“Black Caesars Palace” may be the moment the band fully realizes adult contemporary head nod — and they don’t pull a punch. Every stuttering stab of the orchestral sample is felt in the chest; every precise syllable finds a home in the mind; and every second is one step closer to a realized dream.

“A trail of rose pedals running straight through McCarran/ but run through your city, black, rich, and uncaring/ trending topics for your optics, in a trance, just staring/ Langston is the name, set apart with no comparing,” Max rhymes.

The album’s closer, “Adult Contemporary Head Nod Music,” is a recount of the dream deferred, only to be expedited, leaving Langston Hughes’ most famous question looming over the project. The final moment allows the band to contemplate life’s difficulties, and then bask in the victory over those struggles.

What happens to a dream deferred? The poet never answers himself, leaving it up to the reader to decide. Some stay asleep, content with dreaming. Some forget their dreams every time they get out of bed. Meanwhile, Chawle Dawk, Maximillion, Choc, and Cory B woke up to turn fantasy into truth.

Dream Expedited is available on Spotify and Apple Music.