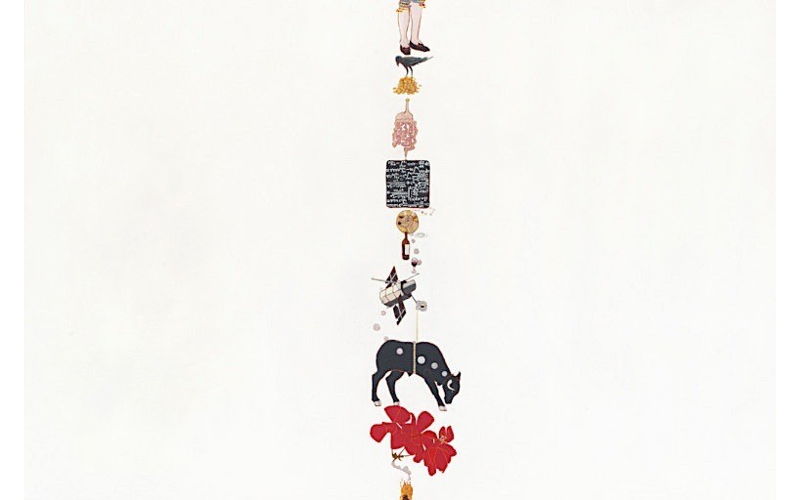 In the early 20th century, Lake City, South Carolina, was one of the state’s main agricultural hubs for tobacco, strawberries, and green beans. Today, it’s recognized as an underrated destination for its vibrant arts and culture scene, thanks in no small part to ArtFields, an annual nine-day festival that celebrates artists across the Southeast.

From April 26-May 4, these artists, including 16 from in Charleston, Johns Island, North Charleston, Mt. Pleasant, and Moncks Corner, will have their work displayed across Lake City, as more than 45 local businesses and establishments double as art galleries and venues.

A classically trained painter inspired by artists like Rembrandt and John Singer Sargent, Robert Maniscalco has created portraits and fine art for more than 950 public and private collections. And regardless of his subject, Maniscalco always has the same goal when putting brush to canvas.

“I like to get to know people and sort of become them so that I can paint myself,” he says. “I just make sure I leave no stone unturned. I want to get to know as much information and have as much information available when I do a commissioned portrait. With my fine art portraits, I do paintings of people that I find interesting and intriguing, and my goal is to try to capture more than just a likeness or a personality. I’m trying to capture the mood or their presence, their state of being, their past as it shows on their face.”

Due to his established reputation for portraiture, Maniscalco was recommended as a courtroom sketch artist, and in 2017 television networks hired him to produce the sole visual record of the proceedings during the Dylann Roof trial and the sentencing hearing of former North Charleston police officer Michael Slager.

“It was an interesting process, because I was an artist-slash-journalist,” Maniscalco says of the Roof trial. “So my job was to draw accurately what was happening. And I did draw some criticism, because I had an opinion [about the case]. I expressed an opinion in my work. Because when you’re doing art, I don’t think you choose. It’s difficult to filter your feelings when you’re making art.”

Maniscalco has recently branched out from visual art into playwriting and acting. His original play, Vincent John Doe, debuted at the 2018 Piccolo Spoleto festival and will be presented again at this year’s Piccolo, with performances June 6-9. The piece imagines how painter Vincent Van Gogh, played by Maniscalco, would be perceived if he were alive today and critiques the trope of the crazy artist.

“I depict him as passionate and driven, but extremely rational,” Maniscalco says. “I sort of kind of get into that theme a little bit, of kind of playing around with maybe he really knows what’s going on, and he just seems crazy to the rest of us. But he’s actually the one that’s normal, and we’re all crazy.”

Townsend Davidson sometimes thinks he should change the name of his body of work titled Narratives. The pieces, which experiment with scale by depicting assortments of miniscule figures alongside expanses of blank space, “[are] sort of more intersections,” Davidson says.

Some of the paintings in Narratives are a play on words, like “Airmail,” which depicts a bird carrying a postal service mailbox over a body of water. Others, such as “Hierarchy of Dominant Ambivalences,” present collections of objects that seemingly have no practical relationship to one another — a giraffe, a surveillance camera, a “thank you” plastic bag. But the randomness has a purpose and intention behind it.

“All these things are coming together to maybe suggest a pattern of thinking or certainly to ask questions,” Davidson says. “At a minimum, I would hope that they would spark a curiosity out of somebody and that they would sort of wonder about them. They’re just sort of like maps of my thinking and feelings about just life day to day.”

Davidson sees a common thread between Narratives and his other major body of work, Botanicals, which concentrates on larger depictions of individual leaves and plants. Both projects, he explains, zoom in on the minutiae of everyday life.

“Both of the bodies of work are the details,” he says. “The Narratives series is about a collection of details in the form of a broader narrative or story. And then the Botanicals is sort of similar in that way. I mean, a leaf is really a detail of nature, and so then the painting is sort of a study of a detail. So I guess that series is really about my sense of curiosity and wonder about the world and just kind of maybe a humble attempt to understand it better and to also honor it.”

Dorothy Netherland’s mind is always racing, and that constant stream of thought is reflected in her intricate mixed-media collages. Featuring colorful and vibrant overlaying imagery, the finished works resemble the inside of a kaleidoscope.

“My aesthetic is a result of my overthinking brain and expresses my love for visual overload,” Netherland says. “The idea of ‘too much,’ of total maximalism, is exciting to me visually, as a person who sees complications and contradictions everywhere.”

Netherland’s interest in collages first stemmed from her desire to incorporate images of her past paintings into other work. Soon, she was adding cut-out images from magazines, and a process emerged in which she would transfer copies of these finished images and use them as a base to build upon in new work.

“Collage-based process was another way to experiment and push the work forward,” Netherland says. “I’m more focused on the work when I engage in this kind of experimentation.”

Netherland often features images of her teenage daughter in her work, putting her face on top of the bodies of fashion magazine models wearing expensive, elaborate clothing.

In addition to exploring the genuine versus the artificial in her works, Netherland has recently been focusing on the opposition between lightness and darkness, with her husband having recently battled cancer. Close familial relationships have pushed Netherland further in her creative ventures.

“My daughter is an amazing person, and she and my husband are the most important things to me,” she says. “I’ve continued to make my work with their love and support. … [Izzy] sees the work with her face in it as it is — art, which is about ideas. She doesn’t feel a connection to her face in the personal sense; she appreciates what the work is about.”