Kishi Bashi talks about Of Montreal, getting robbed, and the aural pleasures of Lighght 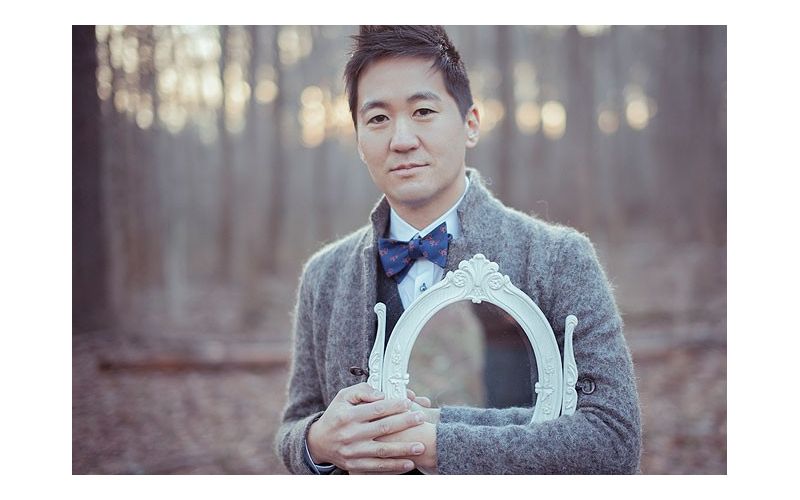 Multi-instrumentalist Kaoru Ishibashi used to tour the world playing violin with Of Montreal and Regina Spektor, but his solo project Kishi Bashi is leading the way these days. Now a success in his own right, Athens, Ga.-based Kishi Bashi spent all of October touring Europe, and it was a huge success — for the most part. “We got robbed in Brussels,” Ishibashi tells us just two days after returning to the States. “We lost all of our laptops and stuff like that. We ate in this strip mall kind of place, and we came out and they’d taken our bags. They didn’t take our instruments, though.”

Ishibashi speaks in a relaxed tone, brushing off the incident as a normal hiccup in a musician’s world where the unexpected is always around the corner. This year is especially extraordinary since Ishibashi could have never guessed he’d be performing sold-out shows at venues like San Francisco’s The Fillmore, a place he’s played before, albeit in the background rather than the forefront.

Kishi Bashi’s breakthrough came in May with his sophomore release Lighght. The record made it to No. 52 on the Billboard 200 chart, confirming that Ishibashi did the right thing to leave Of Montreal and go out on his own. From playing classical music as a child to experimenting in other genres later on, Ishibashi has longed to have own voice. “I always liked rock ‘n’ roll, and I was a metal head in high school,” he says. “I was in a rock band called Jupiter One, and I was playing guitar and keyboard. But my whole thing was to be a singer and to just have a really exciting show. I’m an entertainer.”

In other words, Ishibashi wanted to create something that was little more rock ‘n’ roll than the kind of music he grew up playing. “The classical music thing was not very exciting for me,” Ishibashi says. “And I was in the jazz scene in New York for a while. I just really have a love for performing, and I love to make people feel really happy, so that’s what led me to do what I do now.”

The music of Kishi Bashi is a bizarre and beautiful orchestral indie-pop experience, but while his friends, and even Ishibashi’s wife, contribute vocals here and drums there, he takes on most of the load himself. Ishibashi does it all, from writing the songs to vocals and violin to beat boxing and vocal looping, which led some critics to compare him to the likes of looping extraordinaire Andrew Bird. For him, composing music is more of an aural adventure than anything else. “My brain works in purely musical ways,” he says. “So if I hear a sound and I’m inspired by it, then words are usually just an instrument to me. And at some point, I break away from the aesthetic of the music and I try to make sense with the lyrics that are coming forth and giving me new inspiration. I don’t usually have lyrics in mind when I’m making music. It’s really a sonic experience for me.”

Ishibashi can pull off extravagant arrangements with grace, which is no wonder considering he also managed to sell himself to Of Montreal with ease. He’d been touring with Regina Spektor when he met the band members from Of Montreal backstage at the Latitude Festival in England years ago. Ishibashi told frontman Kevin Barnes he’d love to contribute strings to the band and, being the persistent person he is, followed up with Barnes later on. Soon enough, a friendship formed, and Ishibashi worked his magic. “I convinced him to hire me for his band,” Ishibashi explains. “I sent him a guitar sample and violin and backup vocals, and he had a huge band at the time. It was a pretty big tour, and he had like two buses. So I was an extravagant addition — the only out-of-town musician that he ever hired, I guess.”

By 2011, Ishibashi had formed his solo project and began touring as support for Of Montreal.

Though he’s since left bigger projects behind, Ishibashi still dabbles in other creative ventures, like a gypsy-swing jazz band in Athens. And early next year, he’ll take Kishi Bashi on the road again, this time as a string quartet. But for the most part, Kishi Bashi keeps this artist well in his comfort zone. “The thing is, you know, I have a family, and I have a daughter,” Ishibashi says. “So when I was transitioning between Of Montreal and just doing Kishi Bashi full time, I was like never coming home, so it was a pretty big strain on my family life. So I’m happy to just be doing this right now.”