Kids These Days bring a whole lotta laughs to the stage 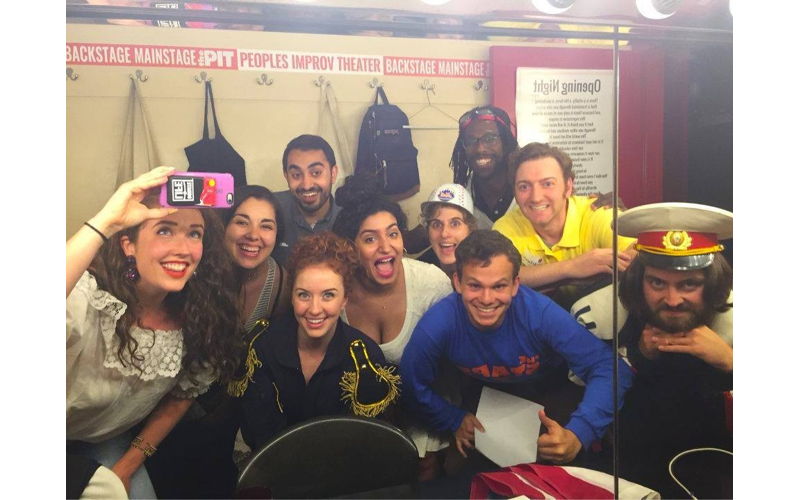 “It’s an Ocean’s 11 super of all my favorite people I’ve done comedy with,” says Rachael Burke, the founder of comedy group Kids These Days. “They’re the kindest and most talented,” she adds, which makes us want to befriend these funny strangers, too.

Burke’s not just talking out of her ass here. The group’s collective credits include performing on and writing for: The Tonight Show, Full Frontal with Samantha Bee, The Daily Show, Funny or Die, and The Opposition with Jordan Klepper. Phew. The best part? This group formed pretty seamlessly — after the first show (which was, naturally, a great success) every member was on board.

“We share the same love of bringing people happiness and improving lives through comedy,” says Burke. While the group members share the same core values, they all have different senses of humor, which becomes readily apparent in each one of the different sketches performed throughout the show. “It’s a Swiss Army knife show,” says Burke, noting that members bring everything to the stage, from rapping to physical comedy.

Member Scott says that for him, “nothing is too weird,” adding that “Any mess can get cleaned up, so let’s go for it.” Noted. Member Sascha Garrey says that her humor is “certainly absurdist, but rooted in the real.” Nick Reichheld will be the guy doing plenty of slapstick stuff on stage. As he says, “I very often volunteer to be slapped, stabbed, or splashed on stage. And will also be the first to run into something, or fall down onto the ground.”

Jack Blankenship says that the members utilize their differences as inspiration for their show: “All of the Kids These Days come from very different backgrounds, so we are able to draw upon different upbringings as an influence for our show.” Other inspirations for the members include but are not limited to the Museum of Natural History in New York, The Simpsons, the DMV (or really, any administrative setting), and Run the Jewels. Needless to say, Kids These Days bring a rollercoaster of a show to Threshold Rep this Friday. —Connelly Hardaway