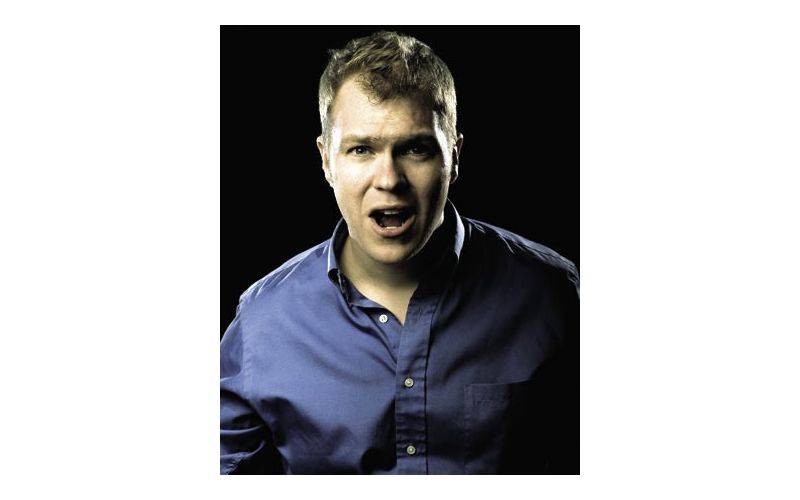 “Wow, this is what I do for a living. This is what I get paid to do,” Kenny Zimlinghaus says over the telephone, literally minutes after wrapping up his morning’s work on the air at Cosmo Radio. “It’s kind of the best, you know? It’s awesome. I think this every day.”

Fair enough. After all, Kenny is a rising star on Sirius XM Satellite Radio, with not one, but two shows on Sirius, Guys Uncensored and He Said She Said. Both shows run on the Cosmo Radio station, while his stand-up is featured on the Raw Dog channel.

As you may remember, Kenny was one of the lead yukkers on the 96 Wave staple, The Storm & Kenny Radio Show with Stupid Mike, which he co-hosted with Storm Zbel. Many a Lowcountry listener used to ease on down I-26 every weekday morning as Kenny’s familiar wisecracking lightened the load just a bit. But when that window unexpectedly slammed shut, Kenny found that the door to the whole wide world opened up.

He took his comedy show on the road and built a solid rep for stand-up in NYC, but remained loyal to his fan base in Charleston as well, travelling here at least twice a year, once for the Charleston Comedy Festival and then a gig in the summertime. This week, he’ll be performing at Theatre 99, the home of The Have Nots!

“I love performing in Theatre 99,” he says. “Shows in Theatre 99 are like five years ahead of anywhere else. It’s very fun, experimental, and it’s a good community.”

For those who have not yet seen his live show, Kenny is basically a regular, working guy — just a whole lot funnier. The stuff he talks about is the stuff we can all relate to.

“I’m just out of a long relationship with a pretty nasty break-up, so I can’t help but want to discuss that,” he says. “I learned a lot about myself, so I’d like to share some of those experiences, mixed in with living in NYC, which seems crazy compared to life in Charleston,” Kenny says. “It’s fun for me. I see things in NYC that I never saw in Charleston. Just the other day, I saw two guys dry-heaving right next to each other. That’s pretty amazing.”

The mix of stand-up comedy and radio is something that Kenny has become accustomed to over the years, and he has even come to appreciate how the two can feed off of one another.

“Doing both radio and stand-up every day makes me a lot quicker and faster,” he says. “I’m working every day. I don’t wake up whenever I want, sit around reading the paper, and then do one show at night — though that’s amazing and is a goal of mine. I still do have to get up and go to a job every day, so I’m in it with everybody that’s coming out to see the show, you know? And I think it makes the whole stand-up thing so much better.”

Not that it makes getting up at the crack of dawn every workday any easier for a casual dude who likes to go out at night as much as anyone.

“I’m not a morning person. But I’ve been doing morning radio for 10 years. In the studio, it’s just about having a good time with the people you’re with. If you can do that, everyone listening will feel that. That part is awesome, it’s great,” Kenny says. “The benefit of a good morning radio show is that it just makes you forget that it’s the 30,000th time that you’ve driven on the Crosstown to work. You feel like you got to be a part of something good. You get a little bit of escape.”

Of course, being funny all the time is a challenge. “Sure, sometimes it’s hard to be funny when you’re pissed off that you only got two and a half hours of sleep the night before,” he says. “But that’s the challenging part of the gig. You just have to keep the energy up and have a good time doing it. The funny just seems to happen as long as you’re having a good time.”