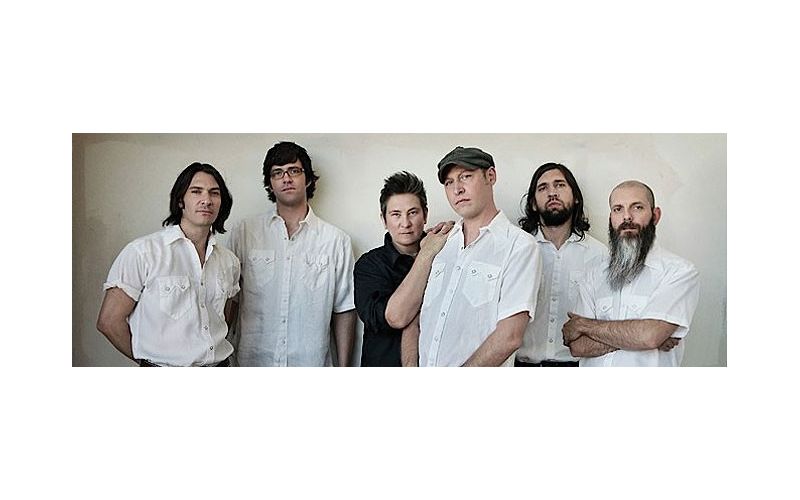 It is possible that one may never again experience the kind of soul-fulfilling bliss that accompanies hearing k.d. lang’s rich and resonant cover of Leonard Cohen’s ubiquitous “Hallelujah.” Unless, of course, you already possess tickets to her sold-out show June 3 at the Spoleto Festival.

After years of laying low, the 50-year-old Canadian singer/songwriter, born Kathryn Dawn Lang, made a splashy return to the public eye in 2010, streaming into millions of homes around the world during Vancouver’s opening ceremonies for the Olympics. Her stunning rendition of the aforementioned Cohen staple triggered a collective recollection: Oh yeah, k.d. lang, what’s she up to? Where’s she been?

Well, that’s a two-parter. Since last year’s release of Sing It Loud, her first album of new material since 2008’s Watershed, lang’s been on the road, performing to sold-out crowds around the world. The songs are gorgeous and fun, brimming with sexy swagger, taking liberal deviations between her staples: alt-country and swing/torch numbers. Sing It Loud marks her return to form in another way as well. It’s the first time in more than 25 years that she’s employed a backing band — the Siss Boom Bang, in studio and on tour — since her humble beginnings fronting a country-twanged Patsy Cline-inspired tribute group.

k.d. lang and the Reclines released their debut album, Friday Dance Promenade, in 1983. It’s an entirely different lang than the one most people know, with ’60s-style hair, cute dresses, and a voice just starting to find its niche. In 1984, lang and the Reclines ditched the covers and released their first proper studio album, A Truly Western Experience, catching the eye of American record label Sire, owned by studio heavies Warner Bros. In 1987, the band made its jump across the border, making its American debut with Angel with a Lariat. The critically acclaimed record established lang as a force in country music, and Tennessee came calling, offering lang the opportunity to make the leap to solo artist. Shadowland, a thoroughly country affair, featured guests like Loretta Lynn, Brenda Lee, and Kitty Wells.

She reunited with the Reclines in 1989 for what would ultimately be their last album together, the Grammy Award-winning Absolute Torch and Twang, a title that accurately predicted lang’s musical future. That same year, Roy Orbison hand-picked her to duet with him on a remake of his hit “Crying,” exposing her uniquely soulful voice to a much broader pop-rock audience.

Poised for crossover success, lang released her second solo album, Ingénue, in 1992, and the ubiquitous tale of lust and longing, “Constant Craving,” became her hallmark, securing another Grammy victory, this time in the pop category. Going against the industry’s advice, she came out the same year, and in 1993 became something of a provocateur after appearing on the cover of Vanity Fair, sitting in a barber’s chair in a man’s suit, shaved from behind by a bathing suit-clad Cindy Crawford. Lang was suddenly a folk hero to a vocal minority and public enemy No. 1 to staunch conservatives, but nothing could slow Ingénue‘s momentum. It’s still her best-selling album to date, reaching double platinum status on both sides of the border.

After that glorious peak, lang rode out the rest of the ’90s with another album of originals (the mostly filler All You Can Eat) and Drag, a covers album ostensibly about smoking — and a winking salute to her self-professed “butch” attire. And though that 2010 Olympic performance jogged a lot of memories, it wasn’t as though lang disappeared entirely or retreated into hiding throughout the Oughts. She quietly plugged along, releasing new material, compilations, and covers albums with little fanfare. In a decade that savored diva pop and hip-hop and its inverse of bearded alt-folk and indie-rock, lang’s country crooner-meets-jazz standards slow burn got lost in the shuffle.

Until now. Seeing lang reclaim her rightful place in the spotlight restores one’s faith in the value and appreciation for good music. It helps that Sing It Loud is the perfect sonic time capsule of someone truly settling back inside herself, digging deep and reveling in the freedom she’s worked diligently to attain. Her voice, pitch-perfect and unadorned, bolstered by the Siss Boom Bang, is bigger and bolder. After almost 30 years in the business, this is the sound of confidence and determination, of making music her own way. Sing it loud, sing it proud.