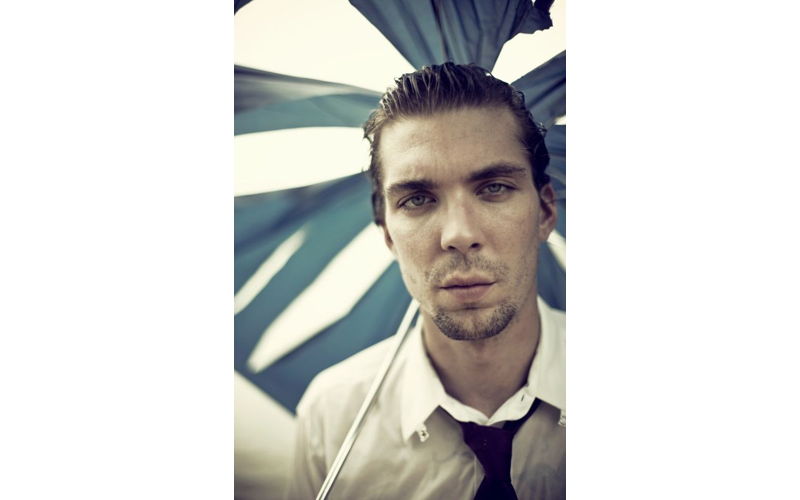 When singer/songwriter Justin Townes Earle was 13, he moved in with his father, accomplished musician Steve Earle, and started doing drugs. By the age of 21, he’d survived five heroin overdoses, finally getting help after a 14-day coke and dope binge that ended in respiratory failure.

Cleaning up brought its rewards. In 2008, his debut LP The Good Life earned him Nashville accolades. With his third release, September’s Harlem River Blues, Earle is poised to turn the tables.

But after six years clean and sober, the Tennessee-bred Earle found himself in jail this September for battery, public drunkenness, and resisting arrest after an altercation with a club owner in Indianapolis. He canceled a month of his tour.

City Paper spoke with him a week after he left rehab. He sat on the bed of his Manhattan apartment and talked candidly on the phone about his new music and his hectic life.

City Paper: In "Working for the MTA," you sing, "This ain’t my daddy’s train." Is this album a stepping-out point for you to really make a name on your own?

Justin Townes Earle: I knew I was going to do this when I was 12 and I first heard a Leadbelly record. With Midnight at the Movies [his sophomore disc], I felt like I’d made a stand, and Harlem River Blues just firmed my feet up a good bit more as a songwriter standing on my own. I never really struggled with the shadow of my father because I didn’t grow up with him. I grew up with my mother. People kept asking me about my father and I’d answer, "Yes, yes," and blow it off.

CP: Is that lyrical line in "Wanderin’," true, about your mother crying the day dad walked out?

JTE: My mom still cries over my father. She’ll get choked up over that whole situation. It would be hard-pressed for my mom to admit it, but I think in every way she’s still very deeply in love with my father.

CP: Your dad, an ex-junkie himself, fired you from his band and told you to clean up. Was that a tough experience since it was family?

JTE: At the time, I’d been a junkie for a good portion of my life. It’s kind of one of those things you just grow to expect when you have that lifestyle. You get fired. You lose things. You go to jail. You just kind of get used to it. It happens, even if it is family.

CP: Do you think it’s ever in your subconscious, given the history that you’ve had, that when you make a decision that gets you in trouble, it’s like, "Well, it’ll make me a better songwriter," or, "There’s a song in it?"

JTE: It definitely did in the past. It doesn’t when I’m sober. I don’t get in trouble then. It’s just that simple. But when I do fall off the wagon, I don’t think about that stuff. When I’m drinking and using drugs, I think that all my actions are perfectly normal and okay, and somehow I wake up in jail.

JTE: I wrote one song in rehab last month. I definitely write better when I’m not using drugs or drinking. When I’m using, it’s hard to keep me out of a bar or hard to get me off the dope spot. When I do go off, I go off the deep end. I was completely clean for six years. When I use drugs, I don’t do anything else. I am a drug addict.

CP: There are moments on Harlem River Blues where the music sounds decades old. Is that something you consciously do? Even the clothes that you wear — it seems like there’s an obsession with the past.

JTE: I think it’s like that old thing — I was born too late. It just happens that a lot of the music I enjoy is old music. My songs just kind of pop out that way. And as far as clothing, I like my old suits and bowties. I’m a clothing whore. I have more clothes than my girlfriend.

CP: "Workin’ for the MTA" may be the first train song I’ve ever heard about a subway.

JTE: I’ve written several trains songs in my time, and I love train songs — period. I was in the subway one day, going down to SoHo for something, going to see my chiropractor, and this old boy came off. He was the conductor, and he was cussing really loud about how cold it was. It was the dead of winter, and he was obviously in a really bad mood. He had an accent that proved he was not from the New York area. It just got me thinking that nobody had ever written a song about the subway. People don’t see it because it’s out of sight, out of mind. There’s not the romanticism about it. They’re kind of down in this dirty fucking tunnel, but I dig the idea of that subterranean underworld.

CP: Is there anything you look forward to in Charleston?

JTE: A really dear friend of mine, Cary Ann Hearst, lives in Charleston. She’s from Nashville, and is always one of those people that I describe as the definition of the modern Southern belle. Just watching her play is one of my favorite things. And she’s a talented person otherwise and a great cook. She makes some mean-ass fish cakes and grits.

CP: Did you ever get the wingtips or the Moonpie you posted about on Twitter?

JTE: I’m going to look at the wingtips today. And my tour manager is coming up Saturday. She’s going to bring me a Moonpie and a carton of cigarettes.