Julio Cotto heads back to town with a big-city perspective 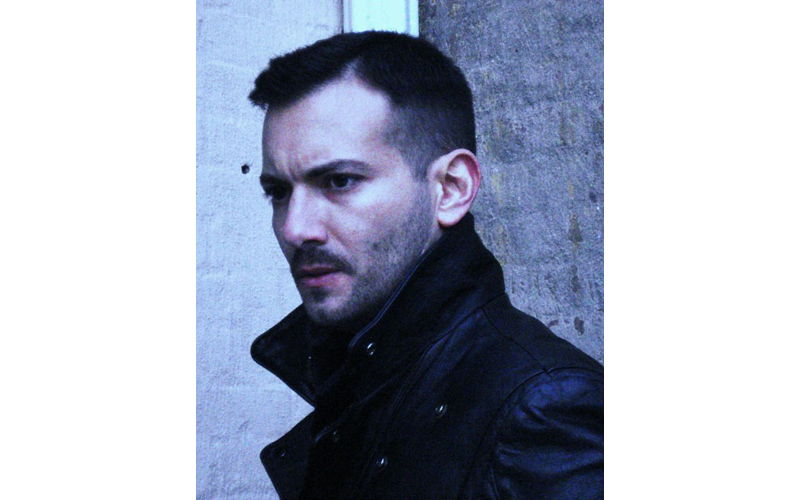 Julio Cotto knew that moving from Charleston to New York wouldn’t be easy. But he didn’t know it would suck as much as it did those first few months after leaving the Lowcountry last December. The artist struggled to find a place to live, and when he did, someone broke into his house. For months, he had nowhere to paint, and he learned the hard way that most TV extras in New York are paid much less than their Charleston counterparts. And then he and his dog were viciously attacked by another dog.

“It’s New York. It’s good and bad,” Cotto says over the phone from his Brooklyn apartment. “It’s tough, but it definitely has its perks as well.”

Since moving to Charleston in 1998, Cotto earned fans for his graphic novel-inspired paintings (City Paper readers voted him their favorite local artist in 2004, 2006, and 2008) and roles in local films and TV shows (Butterflies Wake, Army Wives). He left in search of more opportunities in New York, but he returns this week for a show at Social.

Cotto’s new work is heavily influenced by his new hometown, even those early dark days. “After the dog attack, once I took care of everything, the next day I painted a piece that was really moving and different, very raw,” he says. “I started looking at my work and I began to change as a person. It’s just a completely different world up here. It’s kind of dangerous. It’s easy for things to fall apart if you’re not on top of it.”

The Social show, called Bones of the Bad, includes all-new pieces along with what he calls his “Reborn” works, older paintings that he’s changed and, at times, completely covered up. “I started looking at my older work, and it just didn’t fit me anymore,” he says. “I painted over some stuff, and some stuff I kept as part of it.” While the paintings still retain elements of Cotto’s bold style, his new body of work is deeper and darker. In one piece, previously of a beautiful woman staring into the distance, the woman has been covered in a dark shadow, the outline of a toothy horse surrounding her face. In another of a woman wearing a wolf’s head, the entire canvas has been covered in a wash of bright pink, with red drips and sharp fangs added to the girl’s face. The overall effect is much more abstract.

“My life seems more abstract in NYC,” Cotto explains. “I used to be a perfectionist when it came to my artwork … I actually used to strive to not leave visible stroke marks for years in my early work. People used to ask if my paintings were screen printed. I was a comic book artist, an illustrator, painting the way I knew how. Now, I’m a painter that paints what I want, the way that I want, however I want. If I want to suddenly stroke the wet paint on my canvas with my fingers, I do it. If I get the urge to pour or drip paint randomly on my painting, I do it.”

His new urban surroundings are a constant source of inspiration. “I’m this weirdo at the subway taking pictures of tiles,” he laughs. He’s been photographing things around the city, like numbers and traffic signals, then he uses them his work. He’s also been incorporating more text. “Sometimes I write down random things I hear,” he says. “I hear the craziest things, violent things, things you don’t really hear in Charleston.”

Though a few familiar faces have been covered up, Cotto revisits his Peacemaker character in much of his new work. He created the character as part of an ongoing graphic novel project while still living in Charleston. He represents the human journey, a search for love, revenge, riches, and redemption. The rider’s horse, Clive (named after Cotto’s dog) is another recurring figure. “Sometimes he is a loyal beast that would carry the rider until one or both of them died,” he says. “A lot of times the horse is a part of the rider. Something he needs to carry on with his journey. Something to believe in. Sometimes, I give the horse a halo whether he is a saint for his undying loyalty or if he represents God carrying the rider when he can no longer stand on his own. Sometimes I like to mix it up and the rider is a Native American or conquistador riding a bison or velociraptor.”

As he continues to settle in, Cotto hopes to find more work in the Big Apple. “New York’s so big, but it’s still small circles,” he says. “It’s surprising how many people know each other. It’s really strange. You can’t think about how many people live here, how many people are trying to do the same thing, or else you’ll just be completely discouraged. The same thing with acting. You almost have to be naive about it or else nothing will ever happen.”

Chamber Music Charleston planned a great 2020-21 concert season. The Lowcountry musicians dedicated to developing classical music audiences had performances scheduled by a clarinet, bassoon and piano trio, a program exploring the life of Ludwig van Beethoven, a guest appearance by violinist Amy Schwartz Moretti and a “Classical Christmas” program for the holidays.  And despite […]