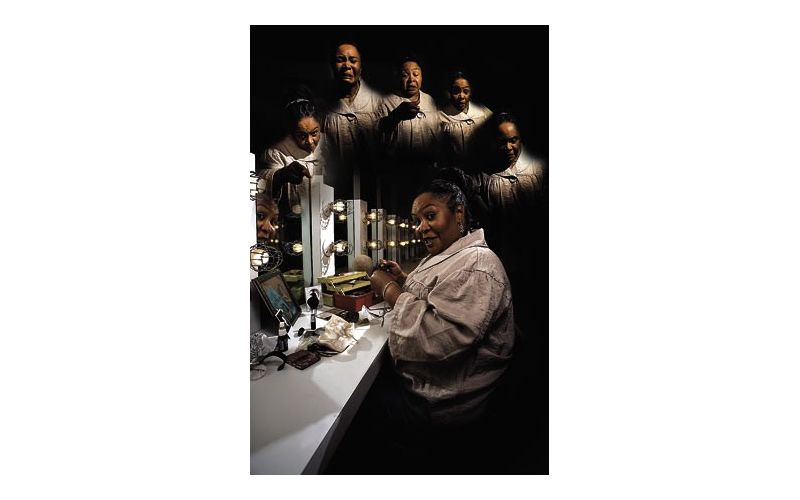 “Well girl, it started as a joke!”

That’s the first thing Joy Vandervort-Cobb has to say about her highly acclaimed one-woman show, Moments of Joy.

And considering that the show will, according to past City Paper reviews, make you laugh so hard “you’ll have a hard time staying in your seat,” one couldn’t ask for a better beginning.

Moments of Joy is a funny, irreverent sketch of Vandervort-Cobb’s life, touching on both the happy times and the sad, the pretty parts of living and the less attractive things that lurk in the shadows.

It is a perfect example of what we always hope to find when we come to a piece of art: what Vandervort-Cobb says is that “balance of the unique and universal” that lets us glimpse ourselves, but still keeps things new.

Vandervort-Cobb didn’t think she’d managed that balance, during her opening night in February. But, as the audience made sure she knew, she couldn’t have been more wrong.

In fact, she has put together a show that resonates so deeply with so many people that, she says, “I’ve heard a lot of secrets from a lot of people.

Do we smell another show cooking?

Vandervort-Cobb is a seasoned performer both nationally and in Charleston. One of her past shows she performed in, the Company Company’s Good Time Variety Hour, inspired her to create Moments of Joy. For the Variety Show, she would end up writing monologues that were edited out, because they were too racy for a family audience.

So guess where all that raciness ended up? You got it.

Moments of Joy is Vandervort-Cobb as herself, all of herself, and it’s that truthfulness that has been causing audiences to both laugh and weep.

Sometimes it’s both at once.

The comedian Lily Tomlin also had a part in the genesis of Moments of Joy. Before writing her own show, Vandervort-Cobb performed Tomlin’s Tony award-winning, one-woman show, The Search for Signs of Intelligent Life in the Universe.

Sounding enraptured, she says, “I loved finding those characters. I think The Search for Signs is so brilliantly written. After that, I looked for another one-woman vehicle to perform, but I just couldn’t find one that was right.”

So she wrote one.

Now, after her successful two-weekend run in February, she’s performing it for Piccolo Spoleto, an opportunity that absolutely thrills her.

That’s great news, because Charleston doesn’t want her to either.