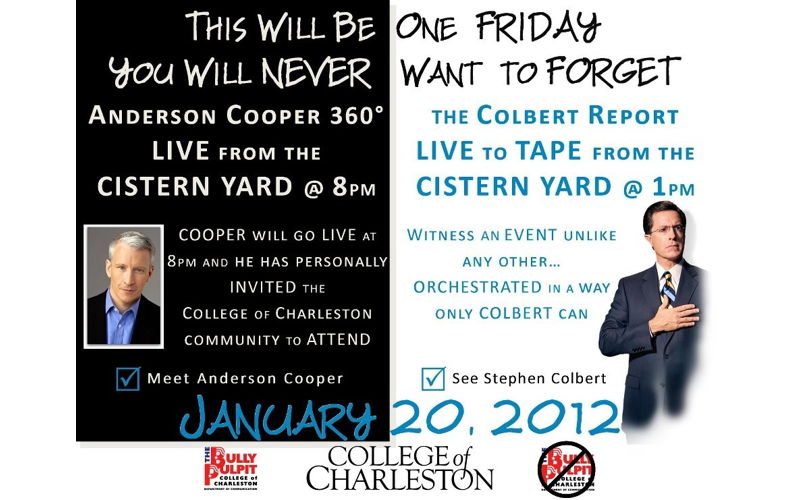 Are you one of the 18 percent of South Carolina voters who are “kinda somewhat likely” to vote for Stephen Colbert on Saturday (according to a new poll from The Definitely Not Coordinating With Stephen Colbert Super PAC and Marist College Institute for Public Opinion), a poll that 40 percent of responders said was the most serious poll they had ever taken? (Seriously.)

After today’s “The Rock Me Like a Herman Cain: South Cain-Olina Primary Rally” at the College of Charleston, which starts at 1 p.m., we bet you’ll change from “kinda somewhat likely” to “totally probably, definitely likely” — for Herman Cain.

Is there anything that Cain can’t do? We don’t think so, because we believe in this advertisement:


The Cistern Yard will open at noon for first come-first serve attendees, Cain and Colbert supporters alike, or maybe just students who want to ditch class for the “democratic process.” This means that George Street between St. Philip and Coming streets is going to be closed from 11 a.m. until 2 p.m. Footage from the rally will air on the Mon. Jan. 23 episode of The Colbert Report.

There will be cheerleaders, a dance team, a pep rally, a 150-voice gospel choir, but what everyone really wants to know is: Will there be pizza? Gosh, we hope so. The only thing more convincing than pizza is Samuel L. Jackson yelling at you like he does in this ad:

Oh, and Anderson Cooper will be in the Cistern Yard today too, at 8 p.m. Vote Silver Fox?