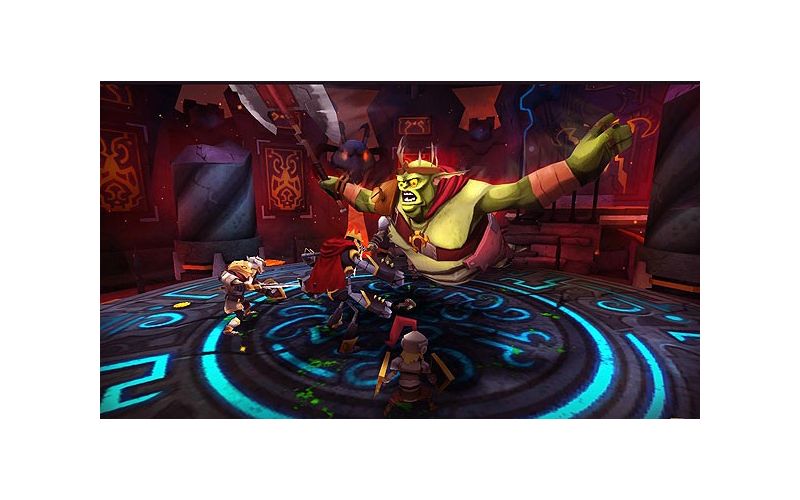 On Maybank Highway, close to Wild Olive, sits a road called Bluebird. Although “road” may not be the appropriate word. It’s more of a gravel-covered break in the trees. It’s the kind of street where, when you turn down it, you hear roosters crowing in the not-too-terribly-far distance. It’s the kind of street where you wonder if your GPS isn’t, perhaps, leading you somewhere to kill you.

If you make it about 100 yards down Bluebird, however, you can turn in to a parking lot filled with benches and a basketball court. There you’ll find a video game development company that’s been quietly creating games and stirring up an internet buzz since 2008. Tech development surrounded by nature, how very Charleston.

Kiz Studios is the company that makes its ultra-casual home in the woods. Incidentally, they didn’t set out to create top-of-the-line mobile video games. Founded by Savannah College of Art & Design graduate Stephen Johnson and his brother, Ashley, the company originally planned to create an MMORPG (that’s Massively Multiplayer Online Role Playing Game for you gaming noobs) with a physical toy component, like Skylanders (a toy/video game hybrid). Kiz Studios brought on a handful of other SCAD graduates, including Drew Allen, who’s now the vice president of content development, and got busy.

Then suddenly they had a business-altering epiphany: the cost of manufacturing a physical toy is expensive. After studying gaming trends Kiz Studios discovered that tons of games were headed toward mobile devices.

Critter Escape, Kiz Studios’ first mobile game, was released in 2012. Chillingo, a division of Electronic Arts and among the leading publishers for indie mobile games, picked up Critter Escape for distribution, establishing Kiz Studios’ credibility in the industry. The game follows a creature’s flight from ominous institutions with the help of some clever backstory, 3-D graphics, and puzzle-solving game-play.

And that’s what’s at the heart of a good mobile gaming studio today: games with great stories, great graphics, and diverse challenges to keep users coming back for more. That’s what Kiz Studios aims to deliver.

To meet that goal, the Johnsons have brought together a staff of 50 employees housed in Charleston and Atlanta offices, including artists, programmers, writers, and business analysts. Each game Kiz Studios releases is the result of collaboration between all their teams.

“Whenever we start new projects, we crowd-source the entire studio for ideas,” says Johnson. From there, the team studies the concepts’ viability and uniqueness, and then they choose their favorite. They’re looking for that magical formula for each game; instead of a single theme or style, they prefer a mix. “Like, mixing a RPG [roll-playing game] with a battle scene,” says Johnson. “We don’t ever want to do what’s been done before.”

Winning game ideas are passed on to Marketing Manager Jaclyn Simmons. She works with the business units in Atlanta to do market research and look at mobile gaming trends overall. “We want to work on games that will be trending in the upcoming market, not last year’s,” Simmons says.

“We were even more organic than that at the beginning,” says Derrig. “But that was when there were eight of us. Now, it’s more of a flow, and the studio is designed with that in mind.”

Ideas and broad designs for the games in development come from Art Director Michael Bills and Environment Concept Artist Tim Kaminski, whose desks sit on a raised platform in one corner of the room. Their images are then passed through a network of other artists and animators who swirl through the office, using Pixar-level technology to create characters and environments that feel beautiful and real.

Their latest release is Might & Mayhem, available now for iOS and Android operating systems. It features epic battles with wizards and dragons in a George R. R. Martin-ish fantasy world.

All Kiz games are free to download. No matter the platform, no matter the game, you can download and play without paying a cent. But if you do choose to pay to play, you’ll get a slight edge. “We want our games to be fair,” says Derrig. “It’s not like if you pay money, you’re going to win. But if you use tokens, you can, say, use a character that’s just died right away. Without tokens, you have to wait 20 minutes. We want to keep the playing field as level as possible.”

It’s a form of monetization similar to games like Candy Crush and Farmville. Players can play for as long as they want, as much as they want, for free, but a dollar here, 50 cents there can work to enhance the experience. The investment at Kiz isn’t into simply getting you to download their game; they want you to keep playing it.

But Kiz isn’t just about their games and their company. Though they’re the biggest game development business in the Lowcountry, they’re far from the only ones working in the industry. And they’re happy for that. Anomalous Movement Games is based out of Charleston and features a team of three, working to develop a game called Astatine. At the moment, the game is still so small that details are few and far between.

Andrew Barton, a full-time freelance graphic designer who dabbles in video game development on the side, hosts a monthly meet-up of like-minded video game developers. “Working on a video game can be very isolating at times,” he says. “I was very pleased to find that the people who were coming were very passionate. This is a hobby, but it’s a hobby that requires teamwork.” The group has had a few meetings, with an average of 10 to 15 attendees per meeting. Most work for themselves, writing, designing, and coding on nights and weekends with maybe a partner or two. Two Kiz developers went to the last meeting, which was great as far as Barton is concerned. “They’re the professionals. We have a lot of learning to do from them,” he says.

Teaching is something Kiz Studio loves to do. When they partner with schools like Porter-Gaud School, SCAD, College of Charleston, and Trident Technical College, they’re hoping to help develop game designers of the future. They offer job shadowing programs, and for Porter-Gaud, they help judge an annual contest in which students design and create games to run on Xbox Kinect.

So perhaps Kiz Studios sits out in the middle of rooster-country, but they’re part of Silicon Harbor. And as Simmons says, “Silicon Harbor is definitely here to say.”