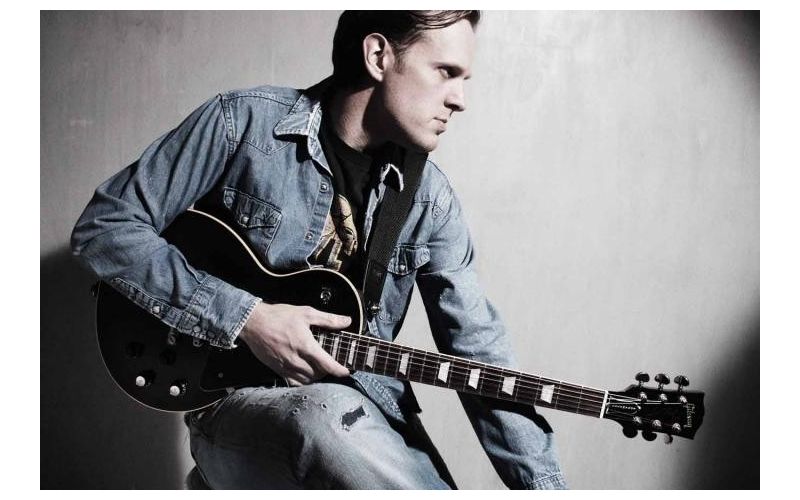 Award-winning guitarist and songwriter Joe Bonamassa possesses the chops to be a cocky rock star, but the mild-mannered fellow from upstate New York comes across as an unconceited gentleman, wise beyond his 33 years. With a critically acclaimed new studio album and a string of media and industry awards under his belt, things are happening naturally for Bonamassa and his combo this year.

“It’s been a very organic process, and I’m happy with the way things are going at the moment,” says Bonamassa, speaking last week from his current North American tour. “A lot of theaters that we’re headlining now are places where I got to open up for B.B. King back in the day,” Bonamassa says. “To come back, 10 years later, after the hard work and toil, it’s very rewarding for me and everyone involved.”

As a young teen, Bonamassa got into all sorts of music, but he developed a strong love for the British guitar gods of the late ’60s and ’70s — such players as Jeff Beck, Eric Clapton, Peter Greene, John Mayall, Jimmy Page, and Rory Gallagher (from Ireland).

“It’s an amalgamation of styles and sounds, and it all gets put into a big melting pot,” Bonamassa says of his current style. “I have a very eclectic music collection. I love prog and heavy metal. I love blues, I love jazz, bluegrass, and country — you name it. I especially love the English blues. If you had to pinpoint where my stuff predominantly comes from, it’s the English blues.”

Released in March, Black Rock debuted at number one on the Billboard Blues Chart. It was named after the studio in Greece where he tracked it, but, fittingly, the collection actually has a bit of a darker and more rock ‘n’ roll feel to it.

“The title made sense,” says Bonamassa. “It documented where we in our heads. Records are snapshots, and they take a picture of where you are at that particular time. It’s good to have these kind of experiences.

“You just try to make a record like a show you know?” he adds. “We don’t make singles or release singles to radio, so we make records that we’re proud of.”

His love for British music seems mutual. When he performed at the Royal Albert Hall in London in 2009, tickets for the concert sold out in less than a week. Bonamassa described the event to the Express & Star as “the complete culmination of 20 years of work.” Clapton walked on stage as a surprise guest and jammed on the tune “Further on Up the Road.” This summer, Bonamassa played the main stage at Clapton’s Crossroads Guitar Festival in Chicago.

“Playing the Royal Albert Hal was always a goal of mine, but if you’d told me 10 years ago that I actually would be headlining there — and with Eric Clapton on stage — I would have though you were crazy,” says Bonamassa. “It was a great honor, and the fact that Eric was nice enough to come up and join us on stage was fantastic.”