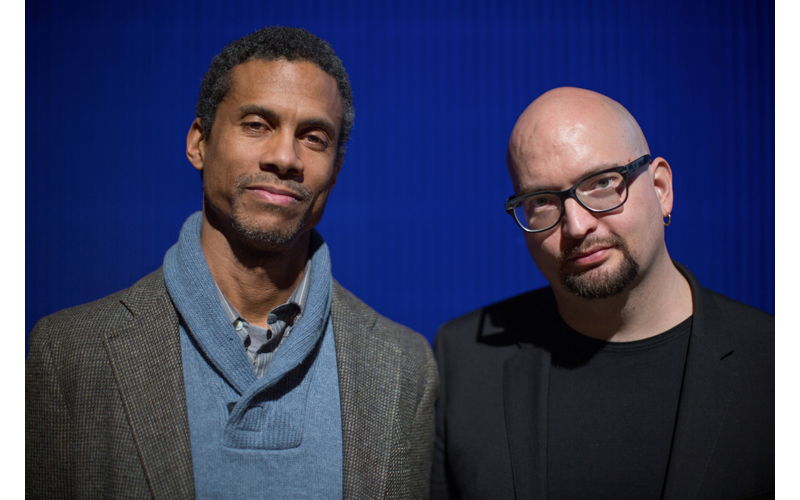 Without percussion or bass, saxophonist Mark Turner and pianist Ethan Iverson performed a set of jazz tunes flourished with solos and near-perfect rhythm. To call them a band is an overstatement. Tuner and Iverson are more like a duo of soloists expertly vying for the audience’s attention.

For the first half of the performance, this format worked in a clinical manner. The two musicians broke the silence in the recital hall with a thunderous and mysterious instrumental.


As they went into their melodic original composition “On the Beach,” Iverson and Turner both had their moments in the sun. The pianist impressed with his ability to keep the music’s main movement going while performing a riotous improvisation. The saxophone simply transcended the song when the two instruments played together, putting Turner in the spotlight.

Iverson and Turner are beyond doubt fantastic musicians, but their perfection cost them some life in the first few compositions. The duo hit every note at the right time and tone, but the energy of their playing wasn’t felt until later.

The consummate musicians didn’t exactly find their footing until halfway through the performance, when two jazz standards helped liven up the audience. Turner and Iverson’s rendition of Billy Strayhorn’s “Chelsea Bridge” was aided by the lack of some standard jazz instruments.

Iverson’s stark and soft piano was a great complement to Turner’s romantic saxophone lines. Without a drum kit keeping the tempo apparent for the audience, there was a new sense of passion to the classic.

Jonathan Coltrane’s “Giant Steps” is a tricky composition for any artist to attempt because of the tune’s infamous lightning speed and regular key changes. So, seeing two of the most iconic instruments on the original recording duel over “Giant Steps” was fascinating. It wasn’t the storm that Coltrane’s original was, but it wasn’t meant to be.

Both musicians attacked the song with fury. Turner understandably played like he knew he was paying tribute to a saxophone legend, and Iverson didn’t let up on the pressure either. Just like Coltrane before them, no note was left unplayed.

From there, the music felt like it was living up to its potential. The 12-bar strut of “Unclaimed Freight” had a noticeable sense of style, like the best blues songs, and the set’s closer “Dixie’s Dilemma” was a perfectly synchronized duet.

Both the audience and the artists had loosened up by the end, wrapping up with a standing ovation.

With another five shows to go, things look bright for the two jazz pros. If the end of their set was any indication, they worked out any kinks relatively early in their residence. For the price, it’s a solid jazz show in a sea of musicals.