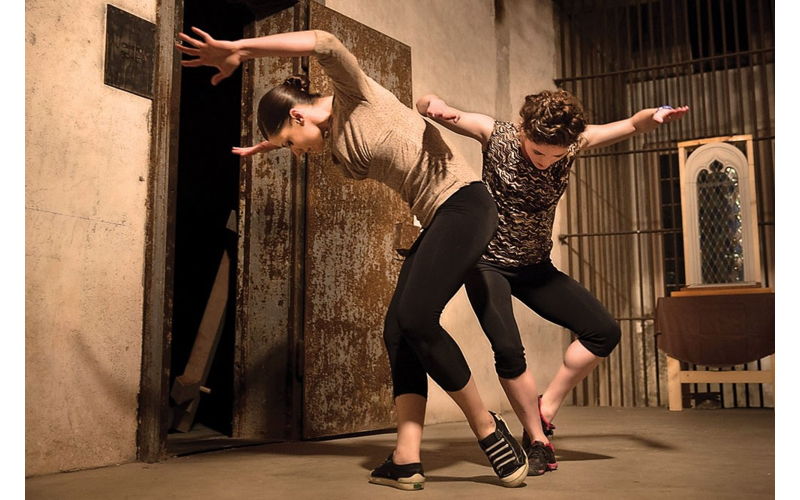 For five years, Jail Break has brought art, dance, comedy, and music together

Stagnation is the death of art. At least that’s what Andrew Walker believes. And that is why the founder of Jail Break, Charleston’s twice yearly music/art/dance/comedy revue, is ending the five-year-old festival with one last hurrah on Oct. 10. For Walker, it’s better to burn out than to fade away.

“The goal was never to do a hundred Jail Breaks,” he says. “I have a short attention span and I knew if I just kept doing it and it stayed the same it was just going to die.” But who walks away from an event so popular its attendance has tripled since its inaugural run?

To understand that, you have to understand Walker. You see, Walker is interested in lots of things — music, dance, making videos, golf, birding, kayaking, photography. He does lots of things and does those things well. Originally from Columbia, he spent high school studying theater at the Governor’s School for the Arts in Greenville. After a brief stint at a conservatory in Ohio, he enrolled in the College of Charleston. His first year there he met the late, great piano professor Tommy Gill, and his life changed.

“It was the first time I had seen an artist literally channeling something — it was like coming in him and going out his instrument,” says Walker of the pianist. And although Walker was 20 years old and had never played a keyboard, Gill took a shine to him. “He allowed me to declare to be a piano major even though I had never had a lesson. He said, ‘I think you can do this, but you are going to have to sacrifice everything.’ I’ll never forget him telling me that because he’s right.”

Walker spent the next few years dedicating himself to the piano. As he started to learn the instrument, he became interested in music that crossed genres, specifically the work of pianist Christopher O’Reily. Host of NPR’s From the Top, O’Reily is known for his classical arrangements of pop music. So inspired was Walker that he formed the Entropy Ensemble and presented Musical Re-workings of Radiohead: A Tribute to Christopher O’Riley. The concert was held at the Simmons Center Recital Hall and was a huge success. In 2008 Entropy Ensemble presented another Radiohead-inspired show, Fitter, Happier. This time they moved to the Sottile Theatre, a much bigger venue. They sold that out as well.

“After those two shows I was like there’s potential here. I saw how people were responding to cross-over music. They were really excited about that and so was I,” Walker says.

Over the next two years Walker worked tirelessly to make more Entropy shows happen. The more shows he did, the more he became interested in working with artists from different disciplines.

“I was always looking for ways to collaborate with other artists,” says Walker. “Part of the mission of Entropy is about trying to find and facilitate collaboration with artists of different mediums so we can blur the line between those disciplines.”

Thus the formation of Jail Break.

Walker says it all started in 2009 when he found the perfect venue. He was working part time as a pedicab driver, and one of his favorite destinations was the Old City Jail. One night Walker was walking by the jail with his good friend and lighting designer Lauren Duffie when she mentioned that the site would be a really cool place to hold an event.

A light went off in Walker’s head. He says, “I thought if we could just get everybody into this one amazing place, collaboration could be a result.”

Walker talked to the American College of Building Arts, the organization that runs the jail, into letting him try out his idea, and Jail Break was born. It started small. The first year was just music and visual art. The stage was made out of shipping crates. Then all of a sudden the festival started to take on a life of its own. The second year Walker, with the help of Jenny Broe of Dance Lab, introduced dance. Stand-up comedy debuted the third year. Soon after that he added a dance stage outside, then came the Artisans Market, a place where crafts people could showcase and sell their goods. The art installations expanded and Walker turned that part of the festival over to Redux, Art Mag, and the Artists and Craftsman store.

“Instead of trying to do it all, I find people at the head of their world and let them do what is best for their community,” Walker explains.

Audiences came too. Five hundred people attended the first Jail Break. Over 1,500 are expected to attend the Oct. 10 finale.

But Walker won’t let Jail Break move on to the next life without a proper send off. The theme for the farewell event is Requiem. And just as a traditional requiem is a mass for the repose of the souls of the dead, so too will it be for Jail Break. From musical acts like Brave Baby and Hermit’s Victory to curated dances from Jenny Broe to improv from Doppleganger and spoken word from Marcus Amaker, Walker says this goodbye edition of the fest will be all about death and remembrance.

But, who knows, maybe a new event will rise from Jail Break’s ashes. That’s Walker’s dream anyhow. He’d like to see a new Charleston arts festival that expands over several days and several venues. He’s also working with Dance Lab to create original dance/theater pieces now. So far they’ve produced two: Mannequin which opened in the spring of 2014 and Poe in 2015. It’s hard to say if more will be on the horizon. For now the polymath is noncommittal. “I’m just excited to wake up every morning and have a cool place to live,” Walker says. “There is no end goal. Just see what happens next.”