It’s all about the movies at the Charleston Film Festival 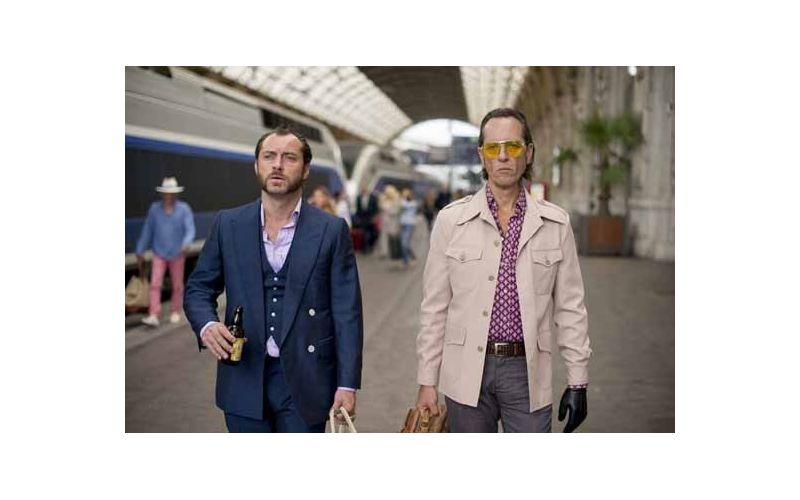 Thanks to Netflix, binge watching has become a part of everyday life. But sometimes it’s nice to mix things up and indulge in some screen time away from your sofa. Thanks to the Charleston Film Festival, cinemaphiles can do just that with six days of movies. The festival, which returns to the Terrace Theater March 13-17 for its fifth year, showcases a variety of regional, national, and international movies — all of them South Carolina premieres, many of them U.S. and North American ones.

“A lot of great movies never reach exhibition,” says Paul Brown, owner of the Terrace Theater. “Part of what inspired me about hosting a festival at the Terrace was the opportunity to show films you can’t see anywhere else.”

Having been to film festivals around the world, Brown designed the Charleston Film Festival to be like the festivals he enjoyed the most. For him, the best film fests were not the huge, red carpet affairs like Toronto, Sundance, or Cannes, but the smaller, more intimate festivals, where it was easy to access theaters and festival-goers had the chance to talk to filmmakers and one another before and after the screenings.

“A lot of film festivals have become rather intimidating. I wanted to take that factor away. I wanted it to be all about the movies and all about the experience,” says Brown.

For the past year, Brown and his colleagues have been scouring festivals, conferences, and trade shows for selections. “As soon as one festival ends, the other begins,” says Brown. In keeping with his desire for a warm atmosphere, he selected films that are entertaining rather than alienating. But there’s still variety in there, with feature films, documentaries, and shorts.

“It was a stellar year for documentaries,” remarks Brown, noting that The Dog (the story of the man who inspired Dog Day Afternoon), Burt’s Buzz (a film about the eccentric multi-millionaire who owns Burt’s Bees), and the award-winning When Jews Were Funny are all showing at this year’s festival. And after each of these documentaries, the films’ directors will be on hand in person or via Skype to talk to audiences and answer questions.

Another documentary, Our Man in Tehran, examines the true story behind the events depicted in last year’s Oscar-winning movie Argo. Bill Daugherty, the former CIA agent who was held and tortured for 444 days, will be in attendance to give a first-hand account of the Iran hostage crisis. The film’s director Drew Taylor, will join him.

Serving up bigger fare as well, the festival includes several major productions that have yet to be shown in South Carolina. Blood Ties, a dark crime drama starring Clive Owen, Mila Kunis, and Marion Cotillard; Dom Hemingway, which stars Jude Law as a notorious safe-cracker; the comedy Alan Partridge featuring Steve Coogan as the titular radio personality; and On My Way, a road movie with Catherine Deneuve are all on the docket.

Of course, the film festival wants to highlight local films as well. Shifter, which plays opening night, was written and produced by Danielle Gianakas, who is a familiar face behind the concessions counter at the Terrace. Gianakas has divided her time over the last three years between working at the theater and writing and producing a short film about a straight-laced man’s dicy encounter with a mechanic.

“Stephen King in his book On Writing said that in order improve as a writer, one must spend half of one’s time reading and half of one’s time writing so that the creative flow is never broken. For me, I spend a fourth of my time reading, a fourth of my time watching and being around cinema, and half of my time writing. How else can I know how to write well than by learning from the successes and mistakes of all writers?” Gianakas says. “I believe that everything I do is connected in some way — other than because I am a common factor. My work at the Terrace inspires me to continue writing diligently and passionately for the cinematic world, and my writing reminds me to continue working respectfully and honestly towards the people who are both helping me transition into my writing career and will be the ones watching and critiquing my future stories.”

Another film with a local connection is Priscilla’s Legacy, which was shot over seven years in Charleston, Sierra Leone, and Rhode Island. Priscilla’s Legacy tells the true story of a 10-year-old slave who worked on the Ball Plantation in South Carolina and eventually returned to Sierra Leone. The documentary charts the discovery of her incredible story by a descendant, Johns Island resident Thomalind Polite. The filmmakers, Antwan Polite and Thomalind, and its editor, Ros Smith from the Charleston Art Institute, will be present to introduce the film and answer questions.

Made partly in Charleston, the documentary Beyond Sight recounts the inspiring story of Derek Rabelo, a surfer from Brazil who did not allow blindness to thwart his goal of surfing the Pipeline on the North Shore of Oahu, Hawaii, one of the most challenging surf destinations in the world.