“In Shallow Graves” by Ken Burger 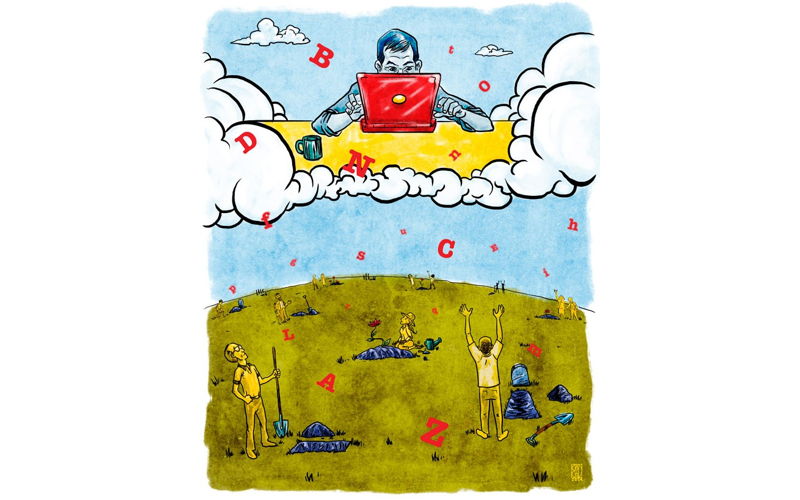 My words lie in shallow graves where people put things they can’t throw away.

As I walk through my charmed life, I’m often approached by people, kind people, beautiful people, my people, who say meeting me after years of reading my columns in the local newspaper is a good thing.

I always stop and chat, genuinely interested in who they are and what they have to say. Writing a newspaper column can be a lonely one-way street unless you listen closely when readers lean in and say, “You know, I’ve read all your columns … but there was one in particular that was my favorite. I even saved it.”

That’s where past works live an infinite existence. Between pages in a Bible. Stuck between recipes. Folded in a drawer, under a few favorite things.

I’m always curious which one of thousands of columns they liked best. Sometimes it’s one I wrote about growing up in a small town. Or one about my mother. Or about drinking. Or lessons learned. Or a game played far away in a driving rain.

Every word I’ve ever written is etched forever in my heart. It’s the curse of the writer to remember the best and worst things you ever wrote, and everything in between.

In preparation for my latest book (A Sporting Life: Columns by South Carolina’s Premiere Newspaper Sportswriter, published by Evening Post Books, just in time for Christmas), I actually searched through more than 20 years of sports columns, which was like déjà vu all over again. Thanks, Yogi.

As I scrolled through the decades, I’d read one about a chilly night in Cleveland when the Braves were on a tear. I didn’t remember much about the game itself, but I was suddenly whisked back to a broken water pump that cost me an arm and a leg and a missed flight.

Then I’d flip a few years and see a really nice column written in Clemson at a time when I was in-between marriages and, you know, kind of living in my car.

But there were also datelines that plucked my memory strings with a hollow haunting. I remember missing my kids when I knocked one out on deadline at the Super Bowl.

So, for a reader to fall headlong into your words and feel the pain and happiness and longing you felt when you typed it all out on a wobbly laptop — well, that’s when writers back up to the pay window and take what reward there is for attempting to tell such a tale.

That’s when 4,000 columns tumble out like coins from a slot machine — some column you wrote about this, or that, or the one when you talked about him, or her, or the never-ending flaws within yourself.

That’s when I know those musty musings are still out there, in shallow graves, where people sometimes pull them out and reread a phrase or paragraph that tripped from my fingers somewhere long ago. And in that moment, it’s as if the newsprint hadn’t yellowed with time, the ink still smelled fresh off the press, and that link between us remained unbroken.

Ken Burger is a retired columnist for The Post and Courier. He’s currently writing books and chasing six grandchildren from South Carolina to Sweden.

Experts share tips on voting on election day safely amid pandemic. The South Carolina Election Commission is providing personal protective equipment, disinfectant and training that covers pandemic precautions. Election day voting booths will be separated with social distancing in mind. Voters are being asked to use cotton swabs to make their selections and to bring: […]