In Memory of Mongo 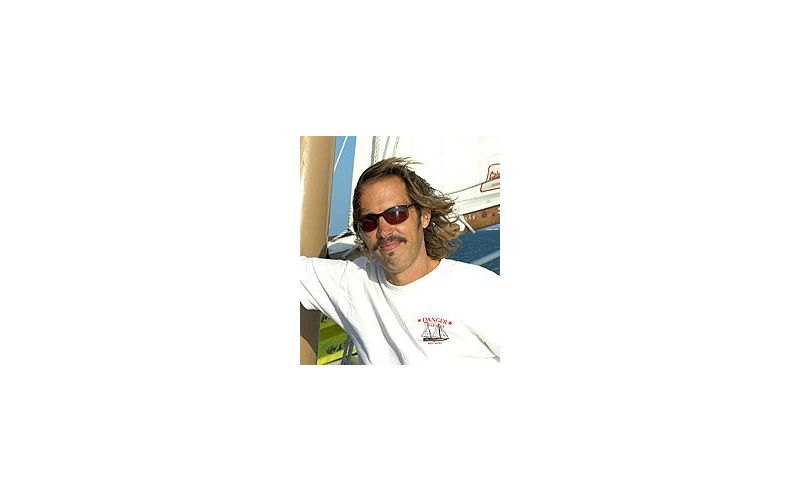 Digging up the City Paper's roots

Mongo Nicholl came to Charleston from humble beginnings, following a girl to the college between the rivers, where he’d heard the beer flowed with the tide. “I’d just been kicked out of Berry College in Rome, Ga., for a party I threw,” says Mongo. “I was amazed with the scene in Charleston, and I felt sort of obligated to report on what a remarkable good spirit was here, and to update people on what was coming up.”

After securing a column, titled “Hellraiser,” in the College of Charleston newspaper, Mongo again commenced party throwing, culminating in a blowout show in a warehouse by the Cooper River, featuring the Village People and local act Uncle Mingo. “He spent like $10,000 on food and ballons, and then flew the Village People in,” says Scott Quattlebaum, guitarist for Uncle Mingo. “I got a great picture of us, sandwiched in between the motorcyclist and the Indian.”

Between “Hellraiser” and his parties, CofC soon freed Mongo of his schooling obligations with them as well. He decided to create a newspaper that would tell the good news, naming it the Upwith Herald. “It was like ‘up with people!’ says Mongo. “Like ‘get with it’ and ‘happy happy joy joy.'”

That was 1993. The Music Farm was opening, Hootie and Uncle Mingo were the local favorites, and Dave Matthews was coming around to play backyard parties. “There was a really great band called the Archetypes,” recalls Mongo. “They were freaking great, just so beyond cool. Everything was just beginning to happen.”

The Upwith Herald was a product of the moment, not of a man with any background in newspapers. Deadlines were loose, and “weekly” sometimes meant “when it’s ready.” Along with right-hand man Jim Kincaid, now a furniture designer in Italy, Mongo sold the ads, wrote the copy, and edited the content. “We catered to intelligence and open-heartedness,” says Mongo. “We advertised this (gay) place called the Arcade, and people went crazy, like ‘Oh my god, there’s gay people in Charleston.’ I was so inspired by the response we got to the most benign things.”

During the birth of the Upwith Herald, Shepard Fairey was just debuting his Obey Giant screen prints around Charleston. Mongo was sitting in a bar called Club Dog Alley when he discovered an Andre the Giant sticker plastered to his jacket. He tracked down the perpetrator, interviewed him for his paper, and introduced Giant to the world. “It got accepted and disseminated from Charleston,” says Mongo.

When Fairey decided to relocate to Berkeley, Calif., Mongo went with him. He sold the Upwith Herald to Ben Miller, who had just moved home to his parents’ house from Boston, and describes the purchase not as inspiration, but as “pure circumstance.” Miller shortened the name to just Upwith, and established a core group of a full-time editor, graphic designer, and a handful of sales people. “We started out as a rag that no one really understood,” says Miller. “By the time we all got done, we had an Ivy League-educated editor and could call the mayor’s office and get interviews with pretty much anybody.”

Miller attributes Upwith’s success to dedicated employees who “didn’t make peanuts” and often worked all night to meet their weekly deadline. When he sold the paper to the current trifecta of Noel Mermer and Stephanie and Blair Barna, it was averaging about 30 pages a week and maintaining fairly solid editorial coverage of the local political, arts, and music scenes. Upwith became the Charleston City Paper with the first issue, and today you hold in your hands issue #511. Solid work, team.

But what became of Mongo? Out in California, he worked with Giant and studied at Berkeley (avoiding expulsion), before moving to Seattle in 1998. When the Iraq war broke out, he escaped the madness to Canada for a few years, then relocated to Key West, where he began writing a column in the Key West City Paper (named with inspiration from yours, truly) called “Monkey Business.” In it he crowned himself the “King of Key West,” a moniker he’s not been able to fully shake since.

These days, Mongo uses the pen name Mike Mongo, and keeps regular blogs, one of which chronicles his work with Danger Charters, an eco-tour company that educates and explores the environment through snorkeling, kayaking, and sailing. “This is what I believe in,” says Mongo. “You could call me an eco-steward. The whole pop culture thing never really panned out.”

Mongo also recently published a book titled Humannaires: Mike Mongo’s Astronaut Instruction Manuel for Pre-Teens. “We’re at a juncture in the history of human kind,” says Mongo. “This is a guide for kids who want to move to space.”

Uncle Mingo’s Quattlebaum remembers Mongo as a “good guy with a lot of big ideas. He was one of those people that moves and shakes.” Whether or not the pre-teens of 2007 settle down with a beach house on the moon, Mongo has never strayed from pursuing a controversial or interesting topic. Much like the City Paper, home-grown from the seeds that Mongo planted.