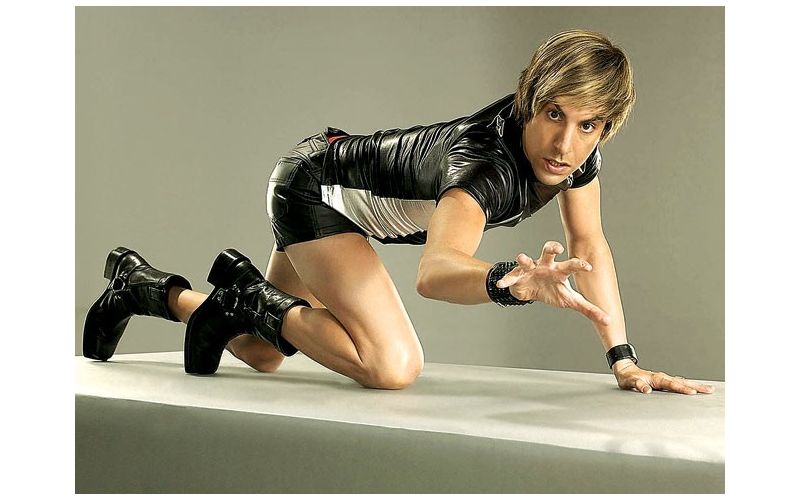 In the days following the release of Bruno, the latest bit of guerrilla satire by Sacha Baron Cohen (Borat, Da Ali G Show), I’m sure we’ll hear more than one critic wonder if movie-goers are simply too dumb to appreciate the subtleties of Cohen’s humor. And then they’ll suggest that something should be done to make sure that no one misinterprets Baron Cohen’s satire.

Is this really how low we’ve sunk?

Yes, Baron Cohen’s Bruno, ostensibly an Austrian fashion guru and TV personality, is an outrageous stereotype of homosexuality, but it’s equally apparent that the purpose of Bruno is not meant to mock gays but to tweak the nose of narrow-minded bigots. The fake working title of this movie, after all, was Bruno: Delicious Journeys Through America for the Purpose of Making Heterosexual Males Visibly Uncomfortable in the Presence of a Gay Foreigner in a Mesh T-Shirt.

Baron Cohen’s daring and fearlessness as a cultural critic is in grand form here, much as it was in Borat, his last adventure in courting physical assault and civil lawsuits in the name of lampooning dearly held American virtues such as ignorance and superficiality. Like Borat, this exercise in shining the light on bigotry is directed by Larry Charles, a Seinfeld vet.

In this one, Bruno travels to Los Angeles after having been summarily dismissed from European fashion circles in search of fame and fortune in the New World. Once in the States, the model finds the natives as status-obsessed and shallow as he is. (Anal-bleaching? Really? People do that to themselves? Sadly, and disgustingly, yes.)

Perhaps the overarching theme of Bruno is this: Americans are a gullible lot who will believe almost anything, the more extreme the better, like say the desire of a flamboyantly gay Austrian supermodel to up his celebrity status by purchasing a small African child, and then once the deed is done, giving him a traditional African name, O.J. Yikes.

The unspoken critique here, of course, is the question we must ask ourselves: Why do we celebrate Brad Pitt and Angelina Jolie for importing children if it’s wrong for people whose names we don’t know to do the same?

But the more important critique isn’t one about the credulity of Americans, for, indeed, we do live in a world of anal-bleaching salons and cross-cultural celebrity adoptions, but this: How did we let such a world come to be?

As Bruno cruises Los Angeles and then journeys out into middle America, the questions multiply: Why do we accept a world where prejudices are used to divide us? Why do we accept a world in which people are dehumanized to the point where no one bats an eye when celebrities treat foreign-born children like they are some sort of fashion accessory? Why do we accept a world in which being on camera is so vital that no one, not even those whose reputations could be dinged by being punked by a prankster like Baron Cohen, does even the slightest bit of research into who it is asking for an interview? (I’m looking at you Ron Paul.) C’mon, a quick Google search will reveal that the so-called television reporter who wants to interview you is pulling your leg.)

I don’t want to spoil which deserving targets get the Baron Cohen treatment, but I will say this: He is bold as a performer, as a comedian, and as a cultural observer. There is no boundary or taboo it seems he will not challenge, and at points his audacity gets damn near profound. During a quick sojourn to the Middle East, for example, he laments that he “doesn’t have enough ecstasy for everyone” to solve the political crises there. And for just a second, it makes you wonder whether, if he did and handed out pills to everyone, it might actually work.

While so many public figures are deliberately shocking and offensive because they want us to join them in being small and mean and petty and tribal, I’m thinking of the likes of Ann Coulter, Rush Limbaugh, and Glenn Beck, Baron Cohen does the same thing but for the very opposite reasons.

And that is a good thing, and a thing very much worth celebrating.

Oh, and it’s also outrageously funny to watch, too.