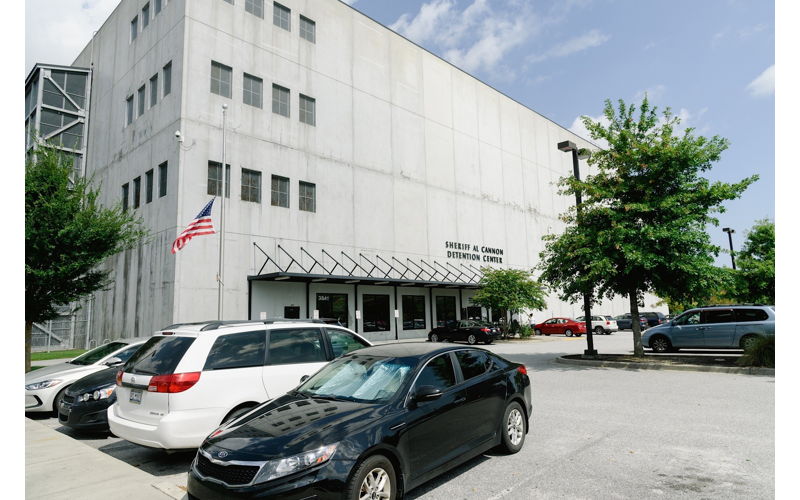 For years, the Charleston County Sheriff’s Office has had an agreement to report and transfer undocumented immigrants to federal agents | File photo by Rūta Smith

Charleston County is one of four South Carolina counties with formal agreements with federal Immigration and Customs Enforcement (ICE). The contract under the agency’s 287(g) program allows county law enforcement to question and detain suspected undocumented immigrants, potentially turning them over to ICE and opening the door to deportation.

As a candidate, Graziano pledged to end the agreement and told the City Paper she refused to be “an extension of the federal government’s Trump deportation machine.” The day after her upset election over incumbent Sheriff Al Cannon, she said the agreement is on its way out.

“It’s going,” she said during a Nov. 5 press conference. “It’s a definite priority.”

Graziano will take over the Charleston County Sheriff’s Office in January — the county’s first new sheriff in nearly 33 years.

Under Charleston County’s current 287(g) agreement, renewed in June, the Department of Homeland Security reimburses the county for costs associated with housing suspected illegal immigrants in the county jail until they can be arrested and processed by ICE. In 2019, those reimbursements totaled $3.82 million, a 20% increase from a year earlier, when the county budget noted the federal government’s “renewed interest in detaining inmates.”

Graziano told the City Paper Monday that her transition team was taking necessary steps to prepare to formally end the county’s agreement after she takes office.

“There’s the fear of, ‘If I have any interactions with the police, something’s going to happen to me. I’m not coming back home,’” Martinez said.

That can become dangerous for people who are victims of crimes themselves.

“If they fear law enforcement, then they’re not going to want to cooperate with law enforcement … for fear of what’s going to happen to them for being involved in the legal process,” she said.

Charleston’s agreement allows the sheriff’s office to question all inmates who are processed at the county’s detention center, which serves police departments across the area including Charleston, Mount Pleasant and North Charleston. If an inmate is determined to be undocumented, the county serves them with an immigration detainer order and ICE is notified. Even if the person posts bond and would otherwise be eligible for release, they could remain in custody.

Charleston would be among the first in the state to end its ICE agreement, but the arrangements have also been controversial in North Carolina, where several newly elected sheriffs have terminated their agreements.

Damjan DeNoble is a Durham, N.C., immigration attorney who has advised individuals arrested in Charleston and elsewhere in the Carolinas. After sheriffs ended their agreements where he lives, he no longer has to scramble to make contact with new clients before they’re transferred to larger regional ICE detention facilities.

“The tearing up of the 287(g) contract really punched a hole in ICE’s ability to terrorize our community,” DeNoble said.

In recent years, sheriffs in Wake and Mecklenburg counties, two of the state’s largest, ended their 287(g) agreements, stopped housing ICE detainees in their county jails and stopped coordinating with the agency. Other N.C. sheriffs have scaled back cooperation with ICE as well.

Beyond the psychological impact of local police working in lockstep with a so-called “deportation machine,” Martinez and DeNoble say that without the ICE agreements, immigrant communities have become more active and feel a renewed sense of belonging.

DeNoble said the civic shift within local communities after 287(g) agreements were disbanded in North Carolina was “unprecedented.”

“In general, the undocumented community allowed itself to become more visible, and since then, it feels like to me that they feel ownership,” he said.

“It’s a really exciting time,” Graziano told the City Paper on Monday. “There’s a lot of good things in the works, and we’re going to continue that.”