Hugh Howey doesn’t need a publisher, thank you very much 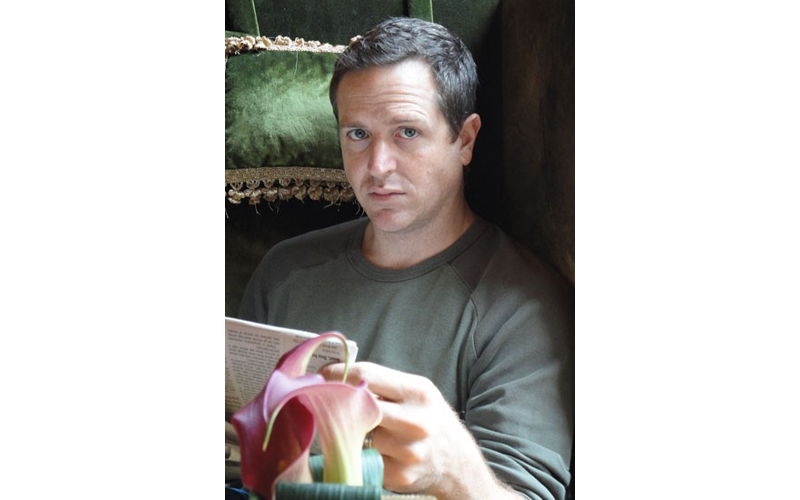 Self-published authors have long been the underdogs of the literary world. Unable to land book deals, they often publish their work using their own money in a last-ditch effort at exposure. They send them to media outlets where, more often than not, they are immediately dismissed. If you were really mean, you might say that self-publishing is where failed authors go to die.

But that would just be harsh. And untrue, if Hugh Howey and Fifty Shades of Grey are any indication.

Little more than a year ago, Howey was just another sci-fi author trying to maneuver his way through the world of self-publishing after a not-so-successful experience with a small publishing house. Today, his book Wool is a smashing success with more than 300,000 copies sold in the U.S. alone and a film optioned by 20th Century Fox and Ridley Scott. He’s the face of a new era in publishing, and he’s just as surprised as anyone.

“It feels like it happened overnight,” says Howey, a Florida resident who attended the College of Charleston in the early 2000s. Wool started out as a novella. He posted it online in July 2011 and forgot about it, deciding to focus instead on promoting his full-length novels. But through the magic of the interwebs, readers took notice of Wool and word spread. Newfound fans clamored for more, so within six months Howey expanded the story into four more installments, which eventually became a 540-page novel about a post-apocalyptic world where people live underground because the outside world has gone to hell. He published via CreateSpace (print) and Kindle Direct Publishing (Kindle book). “It was just kind of all out of my hands,” he remembers. “So by January the full story was written and I couldn’t even keep up with the media demands. I was running ragged with my job and everything, so I had to put in my notice and quit my day job at the book store and I’ve been writing full-time ever since.”

In just a few short months, Wool has made appearances on the New York Times and USA Today bestseller lists, and it’s a No. 1 bestseller on Amazon, where it was also named winner of Kindle Book Review’s Best Indie Book of 2012. Howey’s chart success got Hollywood’s attention, with the likes of AMC, Showtime, HBO, BBC, and the SyFy Channel showing interest. And then there were the agents and publishers, who tempted him with some very significant offers — we’re talking seven-figure advances. When Howey started turning those down, he started getting attention from Publishers Weekly and Forbes.

The funny thing was, Howey didn’t need a publisher. He was doing just fine on his own. “You do so well self-published, it’s hard for publishers to compete with what you can do on your own,” he says. “I make 70 percent royalty rates on sales here in the U.S., and if I went with a publisher, that would be cut to almost one-sixth. And so, you know, we sat down with them, and they had some nice offers, but I’m handing them a bestseller with a film contract attached and all of these other things attached and what they’re offering is just not as good as what I’m doing currently. I showed them what I’m earning now, and they kind of said, I don’t know if we can compete with that.”

Howey did sign with Random House International to help spread the word outside of the U.S. — the book has been translated into more than a dozen foreign languages so far. Although he remains coy about exactly how much he’s making these days, Howey says he makes more in one month than he did over the course of several years at his former job at a bookstore. The business-minded author has even been politely turning down magazines that are asking for short works, because he could get paid by the word and make a few hundred dollars for his efforts, or he could publish something online and make a few hundred dollars in the first weekend. It’s hard to compete with that.

“In a lot of different entertainment industries now, sole ownership is kind of becoming the new standard,” Howey says, citing Louis C.K., who self-produced his latest comedy special. “In a lot of ways, what YouTube has done for filmmakers, the Kindle, the Nook, those are doing for writers. You can control your content, produce the best work possible, and you have a distributor that has worldwide access at your fingertips. It’s just remarkable.” Other authors who’ve cashed in on the self-sufficient approach include Lawrence Block (Hit Man) and Brandon Sanderson (who’s taken over Robert Jordan’s Wheel of Time fantasy series).

As with many other success stories, Howey found domestic promotion to be shockingly easy; he barely had to lift a finger. The word really started spreading when readers shared Wool on Facebook and Twitter. “The power of social media is that if you create something that resonates with people, it has a much greater chance of spreading,” he says. “It has dried out the underbrush, if you will. Throwing sparks can now lead to bonfires.”

Howey admits to being almost frustrated with how Wool took off, because he’d worked so hard to promote his previously published novels, and they got little attention. “You like to think you have some control over what succeeds and what doesn’t, but for me it just highlighted that the reader is totally in charge of what succeeds and what fails,” he says. “I didn’t promote this story, because it’s a very dark story, and I didn’t know that that’s what was catching on, but if you look at The Hunger Games and some of the stuff that even young adults are reading now, it’s very dark themes, a lot of themes with class structure and class warfare with the downtrodden kind of rising up, and I guess it was just good timing that I happened to write that kind of story while that’s what readers were after.”

The book is science fiction, but Howey says it’s appealing to readers who don’t normally read science fiction as well, which has added to its success. “It’s got a strong female protagonist, there’s not a lot of science — in fact the science is, if anything, crude and old-fashioned compared to what we have. There’s no technology or spaceships or aliens or things that confuse readers. It’s just mostly about these characters having to live underground and survive in a time where the world has become hostile to them.”

Though he’s currently working on the ninth installment of Wool (he’s 14 percent done, according to his website), Howey says he won’t drag out the series. “I’ve retired the name,” he says. “I don’t like these series that just seem to go on forever. I don’t want to have readers get fatigued.” The next series will be a prequel, then he’ll return to the characters from both sets of stories in the third act. “When I get done it’ll be a trilogy, each book about 500 pages thick.”

“Many authors choose to go the indie publishing route because it lets them retain complete creative control of their work,” Turner says. “In addition, they can get their books into readers’ hands much quicker than through traditional publishing, and they like the financial benefits from keeping a much bigger share of the royalties — up to 70 percent.”

She also recognizes the power of readers in publishing. “Amazon customers are not shy about leaving their feedback for books they’ve read,” she says. “A great thing about indie publishing is it gives readers the choice and they get to decide what’s a good book.”

If Howey had his way, all authors would go the self-publishing route. “My opinion these days is that everyone is better off to start out with self publishing,” he says. “It’s no longer the career-killer it used to be. … All publishing success is like winning the lottery, whether you do it along the traditional path or the self-publishing path. You have to get lucky several times over either way. Neither one is a way to make it rich.”

He adds, “My realization has been that whatever kind of book you have … you’ll earn more and be in a better position if you own the rights. This is true for a book that will hardly sell, for a blockbuster, and for everything in between.”

Howey might be on top of the world now, but he’s trying not to get too excited about his success. “Oh, it’ll vanish in a heartbeat,” he says. “This is true of everyone except Stephen King. And Stephen King is an android or an alien, I’m not settled on which.”

Howey released his latest self-published novel, I, Zombie in August, and his Kindle Single, The Walk Up Nameless Ridge, became available in early September. “I’ve prepared myself by reminding everyone that this will end as soon as it began. But I wouldn’t trade the experience for anything,” he says. “One day, I’ll look back at this brief career and marvel that it ever happened. I’ll still be writing, I’m sure. There will be many more people wanting to read my books than there was a year ago, but something like Wool happens once in a lifetime. I’m certain of that. And it makes me feel fortunate, not anxious.”