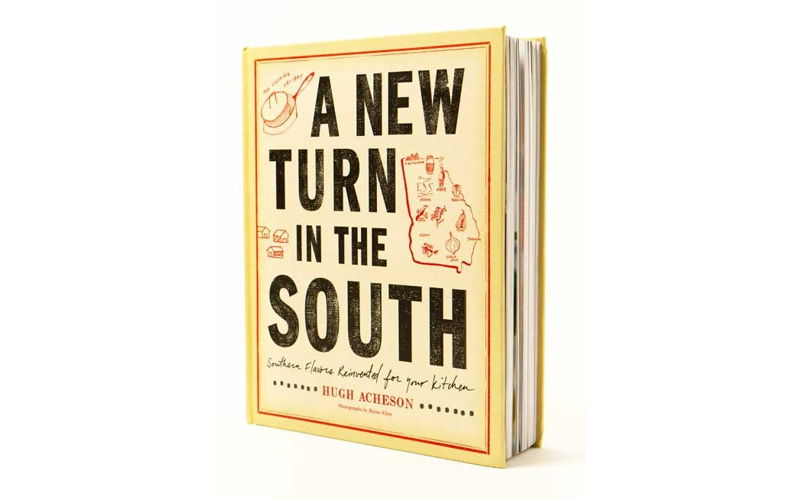 Hugh Acheson is one of those chefs whose name has long been familiar to Charleston. As Chef Ken Vedrinski at Trattoria Lucca puts it, he’s like the star athlete a couple towns over whose reputation for being a phenom has spread throughout the region.

Acheson settled in Athens, Ga., in 2000 and opened Five and Ten after mastering the basics of French technique in Ottawa and honing his chops at Gary Danko in San Francisco. It didn’t take long for him to get noticed. His Athens restaurant was named the best restaurant in Atlanta (located more than 70 miles away). He was first nominated for the James Beard Award Best Chef Southeast in 2007 and has been on the short list a total of five times. He has since opened Gosford Wine and the National in Athens, and last year, he branched out to Atlanta with Empire State South.

Recently, Acheson’s reputation has spread even further with his celebuchef status taking off after a stint on Top Chef Masters, a Bravo TV show on which he competed against the likes of George Mendes (Aldea) and Traci Des Jardins (Jardiniere).

He laughs about how he was quickly eliminated in the first round but was then brought back in the “desperation” role. “I proceeded to go a pretty long way, and during that time I became known for my strange wit. Half of America adores me, the other half thinks I’m loopy with my acerbic, sarcastic humor,” he says. “It played well on TV. Nobody wanted to chatter much, so I got a lot of focus.”

From there, Acheson became a spin-off personality, getting the call to serve as a judge with Gail Simmons on Top Chef Just Desserts and coming back for the latest season of Top Chef to rotate in and out as a judge with Emeril Lagasse and Simmons. “You just can’t say no to those kinds of opportunities,” he admits. “So far it’s been fun, but you get a lot of strange attention.”

Acheson is currently on a book tour with his first cookbook, A New Turn in the South, an illustrated and insightful take on his version of Southern cooking. As a transplanted Canadian who lived in Atlanta and upstate South Carolina as a child, and who grew up to marry a Charlestonian, Acheson has embraced the regional culture. Despite having spent a good chunk of his life down South, he’s not cottoning to being a local. “I think to have authenticity you don’t have to be born into a culture to revere that culture,” he points out.

The cookbook took two and a half years to complete. “We’ve always wanted to do a cookbook that would explain why a Northern guy had fallen for Southern food and explaining our vision of Southern food.”

Broken into sections like Snackies, Libations, and Prime Cut: The Meats, the book takes a casual, meandering path through Acheson’s kitchen and mind. “It’s meant to evoke a kitchen notebook and have a nice weight and feel to it,” Acheson says. “All the doodles and the writing style are meant to be off-the-cuff and meaningful, and people who know me say that it’s really my voice in the book, and that’s the most important thing.”

Recipes range from boiled peanut hummus and marinated anchovies with grapefruit and pepper to saffron-braised celery and Frogmore Stew. The dishes are simple, earthy, and seasonal. Acheson applies classic French techniques to the agrarian bounty of the South, and most recipes should feel accessible to the experienced home cook.

He also provides tips along the way like this one: “NOTE: when I say chopped, I mean pretty nicely chopped, not hacked into chunks. Hacking does not belong in the kitchen. Take time with a knife to make things pretty and precise. This attention to detail will make you proud of your work.”

Acheson will be in town for a couple of events this week, including a book signing at Books-A-Million in West Ashley on Wed. Dec. 1 and a book party at Billy Reid on King Street that night.

On Thursday, a reception with Acheson will be held at Enoteca on Bogard Street. Afterward, Acheson will head down the street to Trattoria Lucca to prepare a four-course, wine-paired dinner with Chef Ken Vedrinski. Each chef will be making two courses. Acheson will start with a modern and winterized version of Frogmore Stew, which will be brothy like a cioppino.

For the second course, Vedrinski is trying to get his hands on some tiny Nantucket Cape scallops for a crudo. “They have a short season and they’re rare,” Vedrinski says, “but they’re so good, they’re like eating sugar.”

The next course will be Vedrinski’s scallopini of duck with red cabbage braised with chianti and raisin. That will be served with little shells (conchiglioni) stuffed with shredded duck leg meat.

For dessert, Acheson will serve a pear and pecan upside-down cake. In the cookbook, he describes it as a staple of his for years.

We asked Acheson for a good recipe from his book that he’d recommend for the season, and he suggested the carrot and beet salad. “It’s a good warm salad for this time of year, and beets and carrots are in abundance right now.”