How we can improve the Board of Architectural Review process 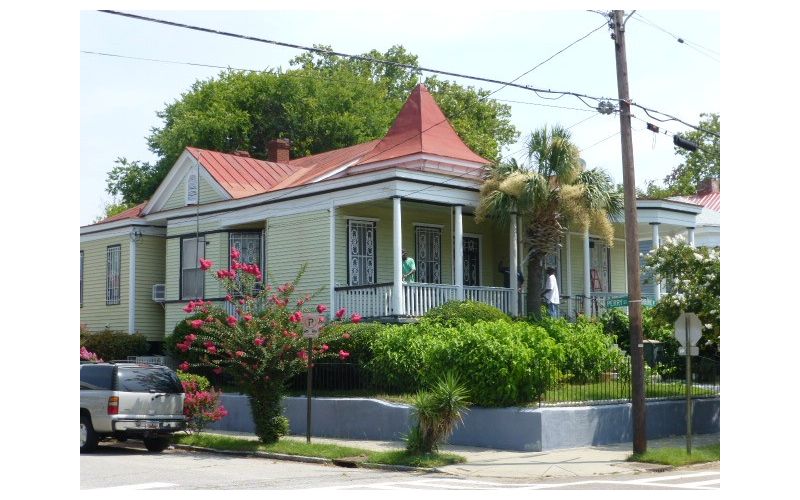 The Board of Architectural Review (BAR) process is at the core of our long-standing public policy goal to protect the historic character of the Holy City. That process supports the economic value of Charleston, a city that has achieved world-renowned status as a center for preservation and the repository of a remarkable assemblage of historic architecture. If modern architects feel that Charleston is losing its “relevance” as a consequence of maintaining its historic character, that is a debate that should happen outside of the context of individual construction applications. In the meantime, we should find ways to strengthen and improve the BAR process. For starters, we should implement the City of Charleston’s award-winning 2008 Preservation Plan. Here are some suggestions based on that plan.

Complete character appraisals for neighborhoods under BAR purview. Within a two-block area of the city along George Street, the BAR has given conceptual approval to the Clemson Architecture Center, hailed as a refreshingly modern triumph, and final approval for a remake of the Gaillard Auditorium as a classical temple of the arts and bureaucracy. It’s confusing for those who rely on the BAR to maintain standards across the city to understand how two such diametrically opposed buildings have been approved within Ansonborough in such a short period of time.

The City’s 2008 Preservation Plan notes “consistent standards are key in the review process.” It also calls for Area Character Appraisals to be conducted in Charleston’s neighborhoods to ensure that new construction fits within the existing context of historic neighborhoods. Appraisals have now been completed for Cannonborough-Elliotborough, Old Windermere, Byrnes Downs, and Wilson’s Farm. Neighborhood associations should work with the City and organizations like the Preservation Society of Charleston to fund Area Character Appraisals for their own neighborhoods. It would certainly help for a neighborhood like Ansonborough, but only if its recommendations were adhered to.

Expand design review north of Line Street. The Board of Architectural Review was created in 1931. The district was very small and centered on a cluster of blocks around Church Street but has grown since then to cover a larger swath of the peninsula. Areas outside of the current BAR territory are facing new development pressures. The Preservation Plan calls for an expansion of the BAR’s territory. Without design review, development out of scale and out of character with more modest, vernacular neighborhoods will raise property values, change the character of those neighborhoods for existing residents, and place pressure on existing historic resources. The Preservation Plan specifically delineates the area from Line to Jackson and Fishburne streets, as well as the Hampton Park Terrace Historic District, Cainhoy Historic District, Ashley River Historic District, and William Enston Home as areas for protection.

Expand the National Register Historic District. It’s probably a surprise to some that upper King Street above Hutson Street is not listed on the National Register of Historic Places, nor are any of the other mid-peninsula neighborhoods like Cannonborough-Elliotborough, Wilson’s Farm, or Hampstead Village (Eastside). As a result, tax incentives for historic preservation are not available in those neighborhoods nor are historic properties eligible for important variances from some code requirements. National Register designation does not bring about new restrictions, but it offers valuable incentives. Moreover, National Register districts are proven to hold their real estate value over time. The districts mentioned above are included in the recommendations of the Preservation Plan for this national designation.

Improve citizen input in the BAR process. As the Preservation Plan says, “Preservation is not sustainable unless it is accessible to everyone.” There are a number of ways to accomplish this. First, BAR meetings should be live-streamed over the internet so that anyone can watch, listen, and learn. Second, the press should do a better job of covering the BAR, both before meetings and afterward. Third, city reports should be circulated widely before meetings so that citizens can understand the administrative input into the process as a part of their own personal deliberations. And more involvement by the public in the BAR meetings means that they need to be held in venues that can hold a large crowd, so that people are not sitting on the floor, crammed into doorways, and spilling out into the lobby.

Establish a separate review track for large-scale projects. This would enable a more intensive focus on the potential impact of high-density projects. In addition to using Area Character Appraisals to define appropriateness, the Plan suggests issuing clear statements of how projects meet the secretary of the interior’s standards; 3D interactive computer models to understand height, scale and mass, and a more detailed historic context statement to provide a more comprehensive perspective on a project. This should also include an archaeological study. We lose valuable archaeological data — the unwritten history of our city — when large-scale developments move forward without archaeological survey work being done. And that means collecting data about the soil, bone and china fragments, seeds, and other evidence, not just shiny metal objects that sell on eBay.

Improve public perceptions of objectivity. While not part of the Preservation Plan, improving the public’s perception of the BAR’s objectivity is essential. The City’s planning department staff should recuse themselves from making recommendations to the BAR on city-sponsored projects or projects subject to city development agreements. In such cases, qualified outside consultants should make objective assessments to the BAR. Similarly, to the extent possible, BAR members should avoid taking on controversial projects as part of their professional work they know will come before the board — and from publicly commenting on projects in advance. We have seen what happens when conflict-of-interest recusals result in awkward, ill-timed project deferrals, most recently with the Clemson Architecture Center. And even with a substitute BAR member, the building could potentially be approved with the votes of only three out of seven members in support. It’s important that a majority, not a plurality, of BAR members be required to approve projects, particularly large-scale, controversial ones.

We can do better too. As active citizens, informed neighborhood associations, and engaged preservation organizations, we can do a better job of articulating what we support as much as what we oppose. The Preservation Society funded the Area Character Appraisal for Wilson’s Farm as part of our Seven to Save program, and we should work with the City and the Historic Ansonborough Neighborhood Association to do the same for Ansonborough. We can help disseminate information about all of the projects the BAR is reviewing, not just those that especially concern us, through a more robust Society website.

A strong, effective, and objective BAR is a community endeavor. We must support and strengthen it, and in turn, it will have the freedom and ability to protect our collective investment in the future of our historic districts.

Evan R. Thompson is the executive director of the Preservation Society of Charleston.

What is so magical about the Abandoned Building Revitalization Act?

On June 11, 2013, Gov. Nikki Haley handed owners of abandoned buildings a magic wand when she signed into law the most powerful incentive for neighborhood revitalization that South Carolina has ever seen.

What happens when Mother Nature buries a graveyard?