I Dream of Burgers 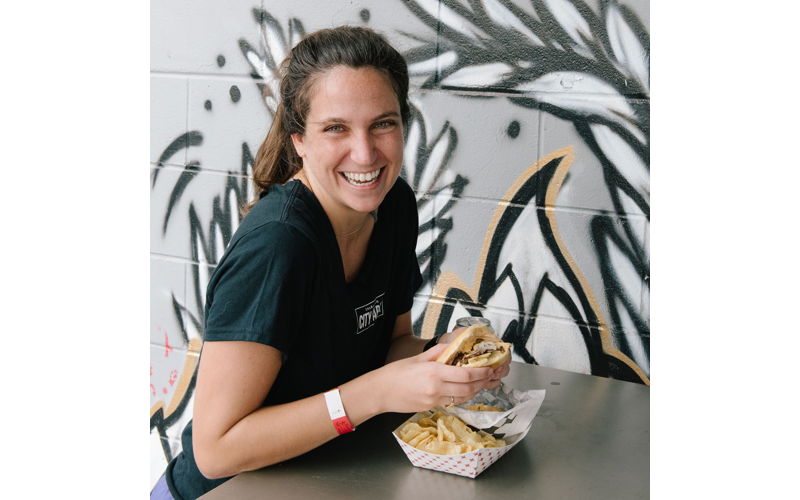 I was a pescetarian for five years, inspired by the yoga studio I attended, one that had big portraits of chickens and cows on the walls. Do no harm to any creature, they said. And I said, well, OK, I can maybe try that. I tried not to be too rigid; I am nothing if not neurotic when I set my mind to something and I know the potential damage of living within strict restrictions. I made concessions — no cows, chickens, pigs, ducks, goats … but fish and dairy products were OK.

It was great, life as a pescetarian (a ‘fake vegetarian’ my friends liked to joke). I got creative with vegetables. I got creative with eggs. So many damned eggs. I ventured out of my cooking comfort zone and whipped up as many fish dishes as I could find. Some meals turned out OK, some were great. Others were too, well, fishy. For a pescetarian. I was kind of a bad seafood eater.

But as the years wore on, I started to feel that those rigid restrictions I’d promised myself I’d avoid kept creeping back in. You can eat all the bread and pasta in the world if you’re a vegetarian. But in another food life those foods had always been, to me, “bad.” And then there are the fruits that are so full of sugar; I started to fear that I was consuming too many apples. Legumes are bad too, right? And then soy, well, I’ve heard it’s not great. Potatoes are terrifying. Tomatoes are a nightshade or some shit.

My initial food restriction, the one that I’d adopted as a way to honor other living creatures, was hurting a very real living creature — me. I’d eaten pounds of shrimp cooked with pounds of broccoli on sheet pans. I’d eaten eggs with kale and marinara (don’t knock it ’til you try it) for more nights than I could count. I was sick of it. I was sick.

More nights than not I found myself binging chips, cookies, frozen General Tso’s chicken. My body was hungry and I wasn’t giving it what it needed, because I was ignoring what I really wanted.

I’d always enjoyed being a pescetarian because it felt healthy. But this didn’t feel healthy anymore.

I had my first Pub Fare burger on Nov. 9, 2018. It was my first burger in over five years. It was, fittingly, during Charleston Burger Week, and after four years of editing burger content for the City Paper, I was ready to break my meat fast. I really wanted a damn burger.

I’ve been eating meat ever since.

I was so happy to eat and drink what I wanted.

I know, it’s a lot of pressure to place on a double patty. But that burger changed my life. I went on my honeymoon the next month and I ate duck for the first time in years. I had cured meats in small French towns. I ate baguettes and I drank wine and I lived my life. And it started with that Pub Fare burger.

I’ve had a few Pub Fare burgers since then. I don’t eat burgers anywhere else — I know what I like. I still try to eat more vegetables and seafood than meat and potatoes. I’ve said, “fuck it” to food rules. Maybe, one day, when I stop fearing my own fear, I’ll return to my pescetarian diet. Hell, maybe in my old age I’ll go full vegan.

There are so many reasons to follow so many different diets. I eat what makes me feel good. I eat and drink what tastes good. And what tastes best, on a Friday after work, paired with an IPA, is a Pub Fare burger. Hot off the grill. Dripping in sauce. Eaten slowly, to savor. Then quickly, because, damn — that’s good.