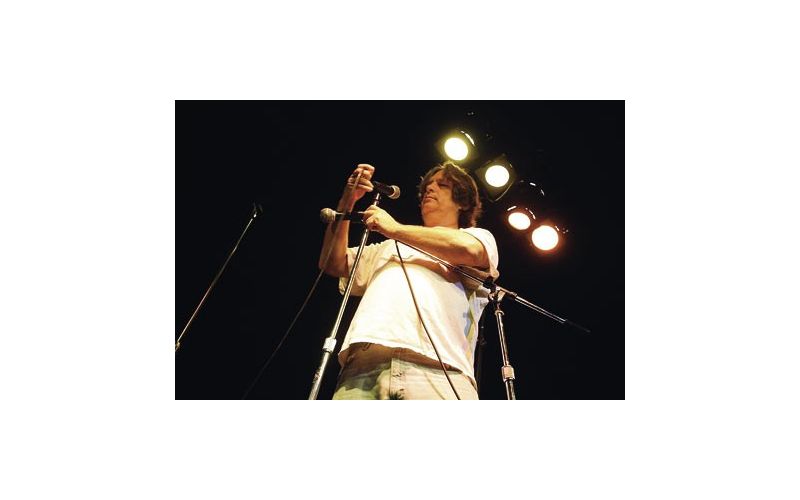 Doing sound at a live music venue is one of the most vital and thankless roles in the local music scene. The production work behind-the-scenes at local clubs and concert halls can be a sweaty, gruelling, eardrum-splitting task. The best production engineers — or as they call them, “front-of-house” sound guys — know as much about dealing with musicians’ moods, personalities, and various levels of professionalism as they know about the mechanical side of things. These diligent soundmen usually find a way to guide things along and make the show happen, despite any unforeseen technical difficulties or minor catastrophes.

But even for the most seasoned pros, dealing with bands, egotistical musicians, and bitchy prima donnas who don’t understand basic sound checks and live show etiquette can be exhausting at best, and infuriating at the least.

“The worst offenders are amateurs or locals that do not play out much,” says Mike “Pelvo” Pelland, the amiable but strict front-of-house guy at the Music Farm. “However, I have also been amazed at some of the crap I have seen seasoned veterans pull.”

After working the main mixing board at Cumberland’s for years, Pelland started at the Music Farm a year and a half ago. He regularly handles early-evening sound checks with most local bands, and works in conjunction with the audio engineers who accompany touring acts.

When it comes to sound checking, the most important courtesies a band can embrace are promptness and readiness.

“Know what order you are playing,” Pelland says. “And know your band — i.e., how many people are in it and how many members require a vocal mic. Know how many guitar amps you have, how many pieces the drum kit is made up of, and how many direct inputs you need for keyboards, acoustic instruments, computer playback.

Most sound guys would agree. Brooks Wilson has conducted sound checks and mixed bands at the Pour House since the club’s earliest days. “My biggest pet peeve in this business is punctuality,” says Wilson. “Show up on time. If load-in is slated for 6 p.m., don’t call me at 5:55 p.m. to say you’re going to be two hours late. That being said, I know every band is late. Six o’clock in band-speak means 7:30. And when you do show up late, hustle your gear on stage and set it up. Don’t belly up to the bar and order food and drinks.”

Wilson deals with a wide variety of acts at the Pour House. No matter the genre, he tends to encounter good and bad behavior from various band members.

“Every issue can be handled given enough time,” Wilson says. “While the actual check is going on, be quiet unless you’re the one being checked. Guitar players should tune their guitars before I ask them to play [during a sound check]. After I’ve finished with an amp, do not touch the volume knob unless I know about it.”

“I think showing up on time is really important,” he says. “Have your gear organized. Certainly, if you use a lot of effects processors and pedals, make sure you have them mounted in a rack or pedal board. Trust that the sound guy knows the room. It’s his job to make sure that the people are able to enjoy your performance, so he has the same goal you have.”

“Bringing your own microphone cables and microphones, just in case, is always a good idea,” says Alex “Ace” Carpenter, of local funk/rock band Suspicious Package. Ace has been running sound at Johnson’s Pub for over a year. As a performer and as an engineer, he knows the potential mishaps on and around the stage.

“If the stage volume is way loud and the sound guy says so, please take his advice and turn down,” says Carpenter.

More often than not, mutual respect and trust between a band and a sound guy works best in any sound check situation. As Pelland puts it, “The sound engineer cannot help you if you do not let them. Listen to what they have to say. Most of them have a lot more experience than you think, and they can help you out. Remember, this is what we do for a living.”

From the moment I saw my first rock ‘n’ roll show at a sixth grade sock hop, I wanted to play guitar professionally in a band. Nothing else has ever made as much sense to me. Little rock ‘n’ roll seeds are planted like this around the world every day. And every once in a while, one of these seeds will take root and sprout, and the world will have yet another one out there rocking proper and inspiring a new batch of seedlings.

The essential playlists for any cover band