How Charleston became the best damn city on the planet 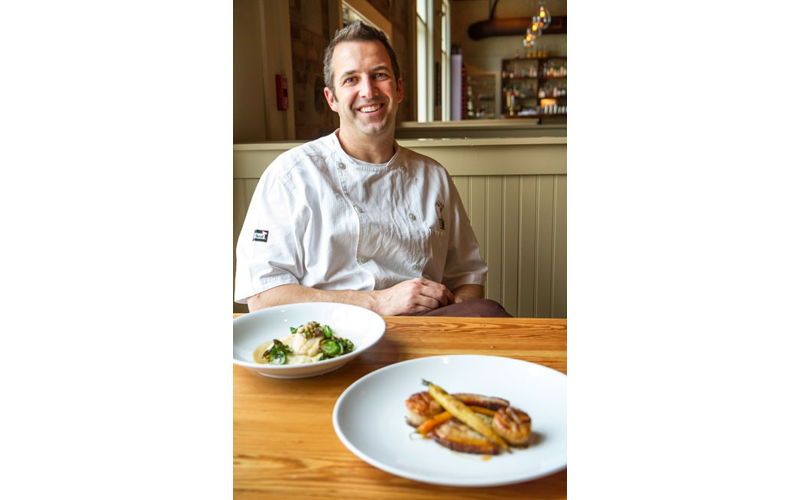 Next Stop, No.1 in the Galaxy

We won’t soon forget that fateful day in October when Charleston was named the best city in the world. We will tell our children and children’s children how Condé Nast Traveler made the declaration and trumpets sounded through the land and the social media angels sang. It was a good day in South Carolina.

But in the midst of all the rejoicing, we couldn’t help but scratch our heads a bit. Had the readers of Condé Nast Traveler, responsible for Charleston’s esteemed ranking, never been out of the continental U.S., or anywhere for that matter? Had they never heard of Paris, London, or San Francisco?

The Traveler ranking is one of a string of accolades the city has recently received. Charleston was named the No. 4 Top City in the U.S. and Canada in Travel + Leisure‘s World’s Best Awards, the No. 3 Best Weekend Getaway by U.S. News & World Report, one of the top 21 places to visit in 2012 by Fodor’s Travel Guides, and one of the Top Five Creepiest Towns in America by Away.com (apparently a lot of ghosts also live here). And that’s just the tip of the iceberg. Charleston’s been racking up the rankings for years now.

Frank Fredericks, chairman of the Charleston Area Convention & Visitors Bureau and managing director of Wild Dunes, filled us in on a little history. He says our love affair with Traveler started back in 1993, when we broke the top 10 list for the first time. We started out at No. 6, then stayed in the top 10 for the next 14 years. In 2008 we started holding out at No. 2, until we took the coveted top spot in 2012. “While it wasn’t a surprise, it was certainly a great accomplishment for our city to hit that No. 1 spot,” he says.

The Traveler ranking is more significant than most because it’s one of the first and longest-running of its kind. This year a record 46,476 ballots were submitted, and to protect against any funny business, the survey has multiple filters to ensure that no individual or company can vote multiple times. They even have someone on staff to make sure it all goes smoothly: Executive Service and Surveys Editor Irene Schneider (she’s also worked with the U.S. Census Bureau).

“The survey does not measure the ‘best’ city in the world — that is a subjective decision,” Schneider says. “But it does measure the city that has received the highest ratings from a statistically significant number of savvy respondents — read: our readers — and Charleston has shown increasing strengths for several years. At the moment, for the criteria by which we judge cities — culture/sites, friendliness, ambiance, restaurants, lodging, shopping — it scores higher than any other city in the world.” To put it simply, she says, Charleston is at the top of its game.

The CVB’s Fredericks also points out the city’s generally positive reputation among visitors. “What Charleston has going for us is that it’s all positive, there’s nothing negative,” he says. “So even when you think of other cities like Paris or Florence or New York, unfortunately they have a lot of negatives that come with them. It might be traffic or expense or things like that. So that’s why we weren’t really surprised. But equally, you know, we happily accept that we are recognized because we have so many positive attributes.”

He also suggests that travelers are starting to look for more unique, authentic experiences — and Charleston, once a second- or third-tier destination, very much fits that mold. “That’s a trend that we’ve seen in the tourism industry in the past 10 years. Most people who can travel have been to all the big cities. They’ve been to all the known attractions in the country such as Disney World and so on. I think a lot of it got even stronger after 9/11 when people realized that they wanted things that are real and authentic. Charleston is very authentic. In a lot of ways, it’s been an undiscovered destination for many folks. So I believe that what people are now looking for is Charleston as an authentic cultural destination.”

Although the CVB has certainly stepped up its efforts in recent years with a snazzy website, active social media, and sleek advertisements, Fredericks says that marketing doesn’t come into play when it comes to most recognitions that the city receives. “It’s very difficult for any organization to actively market,” he says, although they do remind people to vote in the polls. “I think very little has to do with marketing.”

Much like the Traveler survey, TripAdvisor’s rankings are based on feedback from the general public. Charleston’s popularity earned the city a spot in the Top 25 Destinations in the U.S. It was named No. 4 Food and Wine Destinations on the Rise, and a Top 15 “On the Rise” Destination in 2012.

According to TripAdvisor’s Julie Cassetina, the site is the largest of its kind in the world, with more than 60 million unique monthly visitors. The annual rankings are based on more than 75 million reviews and opinions on TripAdvisor from travelers around the world. “Charleston is a beautiful city rich in culture and history that TripAdvisor travelers love,” Cassetina says of its popularity. “With more than 100 accommodations, 500-plus restaurants, and 200-plus attractions listed on TripAdvisor, Charleston offers fantastic places to eat, stay, and play.”

Fodor’s, on the other hand, relies on editors to compile their articles and rankings. In 2012, Charleston made the publication’s Go List, which highlights 21 must-visit cities around the world. Charleston was listed in the Buzzy Destinations category alongside Cusco, Milan, Paris, Scrub Island, and Paris. About 14 editors are responsible for nominations and narrowing down the list.

“Charleston really fits with our buzzy destination category because of its breakout cuisine,” says Erica Duecy, Fodor’s deputy web editor. “So we were really excited to focus on the Southern food revival.” Duecy says local chefs’ recognition at national awards ceremonies and on shows like Iron Chef helped attract their attention. The article cites chefs Sean Brock and Kevin Johnson along with local events like the Spoleto Festival, the Charleston Wine + Food Festival, and Taste of Charleston. Fodor’s relies on local liaisons to help compile suggestions.

So what effects do such recognitions have on Charleston, besides giving us all big heads? Tourism dollars, of course. Spending on travel and tourism in the state totaled $14 billion in 2009, according to the S.C. Department of Parks, Recreation, and Tourism. And research compiled by the Office of Tourism Analysis at the College of Charleston states that more than 1.6 million people visited Charleston area attractions in 2011, with a total admission tax of $5,832,766 collected in the tri-county area. The average visitor spent $194 a day, and the average occupancy rate at Charleston county hotels was 70 percent. The addition of Southwest Airlines and Jet Blue are making it even easier for visitors to travel here.

The CVB’s Frank Fredericks says sometimes it takes a little time to reap the benefits from publications’ rankings, but Charleston is ready for the tourists whenever they decide to show up. “People who enjoy travel will go to those publications to be inspired for new ideas, and now when folks read the Condé Nast Traveler issue or Travel and Leisure … they’ll want to give Charleston a try.”