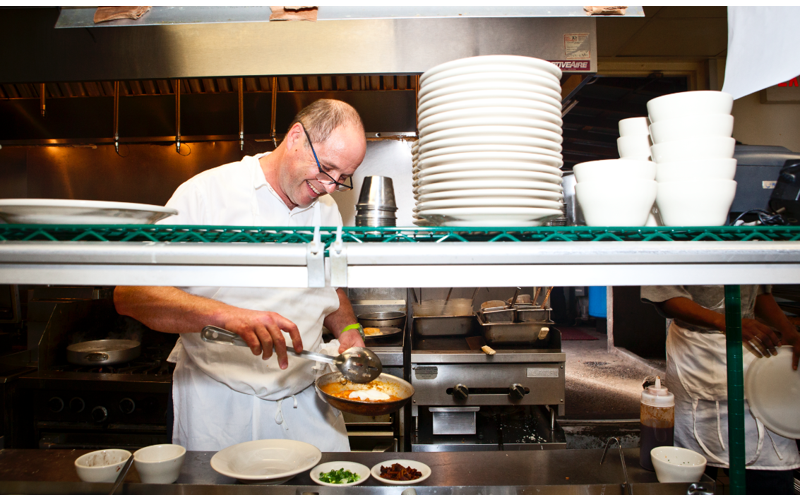 This afternoon, Robert Stehling, the James Beard award winning chef and owner of beloved breakfast spot Hominy Grill told the Post and Courier that after almost 24 years in business he would be closing the restaurant on April 28.

“Things have a beginning, a middle and an end,” Stehling told P&C’s Hanna Raskin. “I felt like at this point in my life, I would like to be open to new experiences.”

[embed-1] A month ago the restaurant posted on Facebook that they were “seeking great cooks!” last week they posted to Instagram “Hello Spring! Soft shell season is back!!” with before and after shots of their softie special. The post got 376 likes.

A little after 5 p.m. today, the restaurant posted the closing announcement on Instagram: “When we first opened Hominy Grill in 1996, our goals were simple — we wanted to explore the traditions and history of the low country through our food. And we wanted to create a neighborhood restaurant with a sense of place.”
[content-3] It’s a hard hit for the city’s culinary scene, even if the Rutledge Avenue joint generally attracted lots of folks “from off” during busy weekend brunches. Almost a quarter century old, Hominy Grill was bringing real good, real Southern food to the city before the accolades starting pouring in, before all-day breakfast became trendy.

While the closing is abrupt, there may have been some signs after all. In October 2017 Stehling announced that after 21 years, Hominy would no longer be serving dinner.

“These changes will allow us to consolidate resources and redirect our focus going forward. It will also allow us to respond to the significant demand for private events,” Stehling said at the time.

Update 4/9: Reached on Tuesday, Stehling told us, “I’m trying to take a breath and see what I feel like doing.” As far as the staff, “we’re trying to help them as much as we can that’s why we gave such a long closing period surprise. A lot of them have been here a long time we’ve lived a lot together we wanted to give everyone time to land in good places.”

When we chatted with Stehling this summer about the appeal of all breakfast all the time, he said “The costs are so much better. Putting a $15 [breakfast] plate together is more fun, and easier. We turn every seat every hour all day long, so before 3 o’clock we’ve seen 600 people. Breakfast involves less labor … the last few years we’ve been so hamstrung by the labor situation, breakfast just made it easier.”

Not easy enough. Go get your Charleston Nasty fix in the next couple of weeks, y’all.