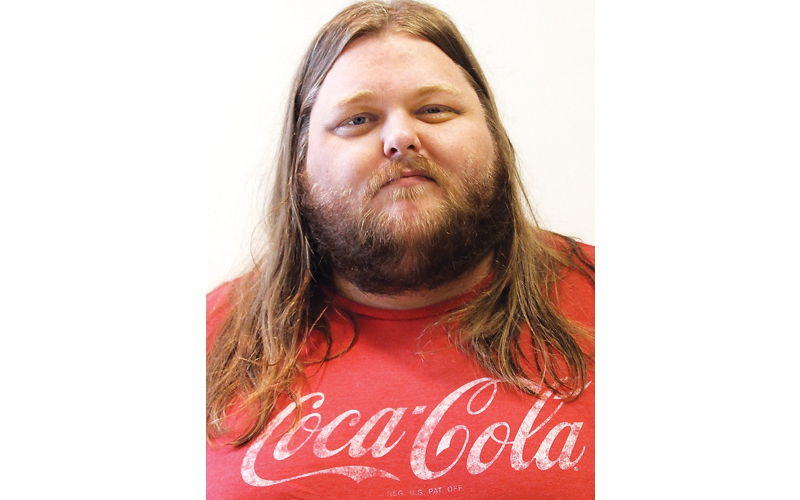 We interrupt your regularly scheduled Tales from the Door Side episode to bring you this special report from Rex Stickel, master of snark and asking people for $5. Usually, Stickel uses his sardonic wit to chide the attendees of the Tin Roof for our amusement, but he had something a little different for us this time around.

This summer, I was lucky enough to perform in a rock ‘n’ roll band on tour up the East Coast. When beloved bassist Drew Pack was unable to make the tour, the Greenville band Italo and the Passions called your very own doorman to fill in. I could fill pages with stories of non-peeping toms, the impossibility it is to make a living doing music in the Northeast, and which $0.99 slice is better than others, but I must do my duty: check in on my door person brethren along the way. We met a lot of interesting folks and I wanted to hear what life is like outside other doors.

We set our sights on the northeast making stops in Virginia, Connecticut, New York, Boston, and Rhode Island. With experience and a routine down tight, we were able to carry all of our musical necessities and our usual camping amenities. Our adventure started at the Tin Roof in Charleston, our favorite local dive bar. This actually went off without any issues, considering most of the audience was friends, family, and loved ones. But, it was time to get dirty. We hit the road.

After glamping in nearby Pocohontas State Park, the next stop on the tour was Wonderbar in Richmond, Va. Like the best dive bars, this one is horror themed and didn’t disappoint. The door guy, Kent, is a 20-year vet in the industry and has seen some odd jobs. I asked him which was the oddest. He said, “The Blow Job.” According to our friend Kent, several patrons had complained of a couple at the sushi bar where he was working the door. He approached the couple engaging in oral sex while sitting at the bar.

“Ma’am, you cannot do that here,” Kent exclaimed.

Without missing a beat, the oral offender cleared her throat and said, “Sorry. We’re not from around here.” Tale from the Door Side, indeed.

Our freak show continued into New London, Conn. at one of our favorite basement bars, 33 Golden Street. It’s right on the water so it feels a little like home. Plus there’s usually a hot dog cart outside after the show, which is literally the most important aspect of the day. The door guy, we’ll call him “Gordo,” said he’s been doing this thing for over 26 years. I asked him what sticks out to him as a tough night working the door. He didn’t feel comfortable being recorded or too candid, but he said he once had to defend the honor of his lady friend when an ex-boyfriend brought beef to his job. Fortunately for Gordo and us, he “ain’t no bitch”.

We drove into New York City the next day and immediately ate two slices and took turns peeing in bottles in the van because, like, nowhere will let you pee in N.Y. At our venue, Coney Island Baby, everyone in the audience looked like Rod Stewart and the green room backstage was filled with musicians who also looked like Rod Stewart. Some people were British. This was New York. Fun Fact: Early Beastie Boys and Bad Brains were recorded in the same building.

Unfortunately, our door person, Ace, was, A) on his second day working door (I could’ve guessed by the light still in his eyes), and B) excited for the club to finally move away from live music to live, well, DJ music. So, I felt like I needed to talk to an honest to goodness New York door person. I piled into the limo after the gig and ended up at local favorite 2A.

2A’s door guy Dennis was an older gentleman and probably the nicest person I met in New York. He was happy to recount a time when he asked an intoxicated man for his ID. The guy took a swing at him and missed, causing Dennis to retaliate with a punch of his own. The whole thing was caught on camera and led to charges for assault on the drunk A-hole. I love justice.

Our next haunt was The Jungle in Somerville, Mass. The door and sound was run masterfully by a single person that night so it was to my surprise that Heather had only been there since last year. She didn’t come off as a rookie to me in any way, but her humbleness about how well she was running the show indicated she’s not quite jaded, yet. According to her, the most frequent door issue is they are in fact, not the fancy bar located directly across the alley, so yes, you can stop asking.

So, what did I learn? It’s mathematically impossible to make a living without the support of the local community funding the arts.

Don’t believe me? To the chalkboard!

Take New York: it takes two folks to run a show; one sound person and one door person, and to cover the minimum cost of living, they will be paid $100 each from the door, which is still low, but fair. So before a single person walks in the door, the band owes $200. A DIY tour like the one we booked generally takes place in smaller venues. Less than 200. Most capacities in N.Y. average around 40-50 (these are small venues folks, look up pictures of CBGB). Let’s also assume New Yorkers would pay a $10 cover. Great! So a sold out show can generate upwards of $400–$500. But then you pay the door guy. And the sound guy. And split the rest with three bands. And those bands split that … wait — how much was parking? How many tolls did we cross?!

From what I can tell, the biggest difference in supporting local businesses and supporting local artists is that one group has cooler hair styles than the other. It takes a village to, well, support a village so I urge you to do your part in keeping the tradition of live art alive. These eclectic and interesting places to see live entertainment are closing all around the country at an alarming rate. Exercise your privilege and take advantage while it’s still here. Leave the house. Pay the cover. Most importantly, always remember to be nice to the door guy.