Henry Rollins wants you to pack your bags 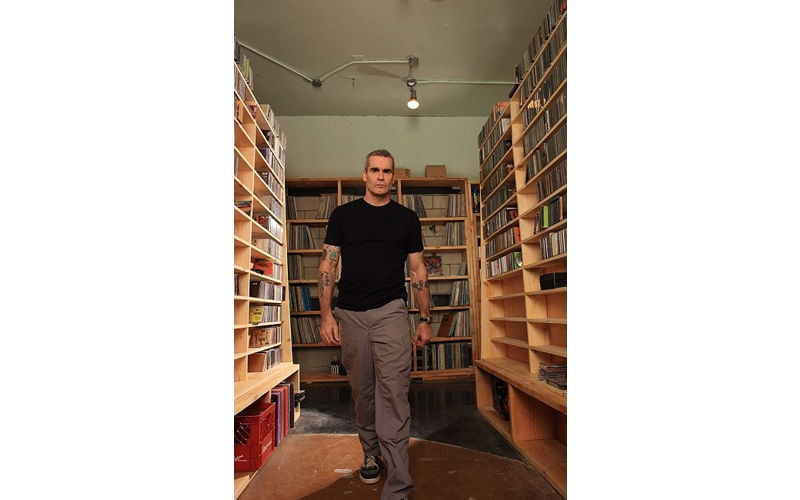 Once celebrated and feared for his raw aggression and smart anger as a punk-rock frontman, Henry Rollins became a counter-cultural jack-of-all-trades over the last two decades. Most widely known in the music world as the lead singer for ’80s-era L.A. punk band Black Flag and his own heavy-rock group Rollins Band in the ’90s, Rollins spent considerable time and effort stretching into new media forays, working more and more in recent years as an author, DJ, actor, cable show host, and spoken-word solo performer.

“My life experiences … that’s all I’ve got,” Rollins says. “I come from my corner and whatever dented truth I’m trying to put across. That way, you can take it or leave it or grade it in any way as you see fit.”

Rollins is due at the Music Farm for a spoken-word performance on the big stage on Friday evening. There won’t be any drums or amps or bandmates on stage; only him and a microphone. He’s already traipsed across Europe this winter on what he calls his “talking tour,” and he kicked off the American leg of what’s billed as the Frequent Flyer Tour in mid-February.

“When I go abroad, I’m getting information in my way, and I’m not getting it out of a book,” he says. “I’m getting it by hitting the streets. I think it makes for good storytelling, and something that’s worth listening to.”

The theme of this tour is “knowledge without mileage equals bullshit.”

Rollins has already travelled through seven USO tours and various other solo treks in the 2000s through the Middle East, India, and Africa. His latest DVD is a documentary of two live performances titled Uncut From Israel. His enthusiasm for getting overseas and into new and unknown territory still drives him.

“Travelling fairly strips you of your ignorance about certain other places,” he says. “When you get to go and engage in a culture and walk the streets, you might form another opinion. I think a lot of us Americans don’t get to travel like we should, for all different reasons. I do it because I can and because it’s interesting to me. I use the stage and take some of the night to report back to the audience members and talk about what I saw.”

Rollins is determined to inspire people to break out of their shells, get out of their heads, and truly venture into the world outside of their homeland. “Travel certainly plays a big part of what I talk about on stage because it informs what I think of my country and other places,” he says. “You can tell a lot about your country by leaving it and seeing how it manifests itself in other places around the world.”

For solo performances like these, Rollins usually rolls through humorous tirades about anything from politics and policy to observations on life and current events. He’s written and published books with similar observations through his own record label and publishing company (2.13.61).

Rollins (born Henry Lawrence Garfield) first started performing with garage bands in Washington, D.C., about the time Carter’s tumultuous term was coming to a halt. He moved to L.A., joining Black Flag as a singer just as the Reagan era kicked up.

“I remember the Reagan era, the two Bush eras, and even parts of the Clinton years as having a lot of deregulation and business becoming more of the political and cultural landscape,” he says. “Corporations became more like people. It was kind of like the rise of the machines.”

For eight years, the most recent Bush was an easy target for commentators and activists like Rollins, but there’s a new cast of villains and heroes these days. While Rollins still gets frustrated with the red tape and hypocrisy of the time, he’s surprisingly optimistic.

“I encourage open discussion. I share a country with Republicans, Democrats, and all these people. I want to live with everybody in my country, so the more both sides get together in a sane, rational manner, maybe we can move forward,” Rollins says.

“I certainly have a hard time with Barack Obama,” he adds. “I think he’s a good man, but I wish he was more forceful in putting across a point of view with more emphasis. Bush and his administration were very effective in that they wanted to do something and then they’d do it. A lot of that stuff I had a problem with, but he understood the weight of the office. I wish Obama was not always trying to reach across the aisle and knowing that he comes back with bloody finger stumps. He is making a hell of an effort to be inclusive, which is great, but it doesn’t seem to be doing him much good.”

Rollins fans can expect more than history lessons, political theories, and travel tales on Friday. In recent clips of his talking tours, he makes fun of the snobbery within the indie arts scene, the self-importance of celebrity turntablists, embarrassingly weak rock music, bad television, and his own wild misadventures.

“I always try and call myself out on things as best I can,” he says. “Who’s above reproach? Not me.”