Hank the Cat issues his review of the new Cats trailer

Break Out the Catnip 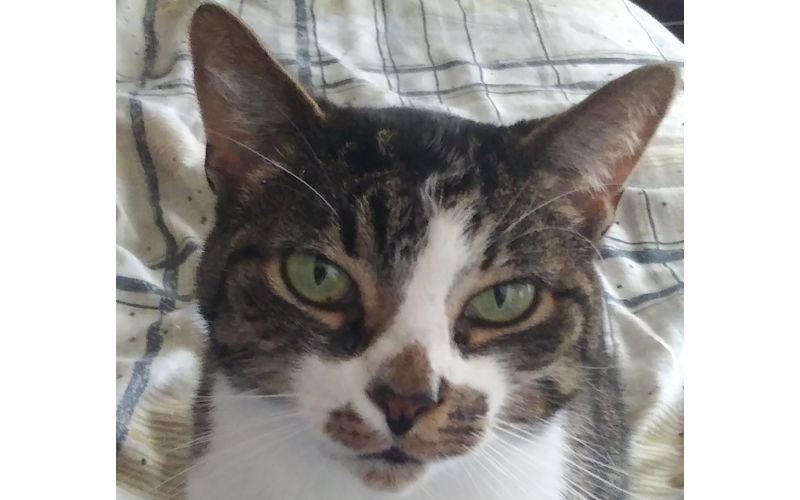 My name is Hank.

The other day, my roommate, Kevin Young, left his laptop open. I decided to use his time away to surf the internets. Aside from getting super depressed after noticing his browsing history was made up of visits to websites selling bootleg DVDs and gluten-free diets, I decided to go to his YouTube account. I began searching for my favorite videos, cats attacking people, because I like the thought of my species taking over the world one slovenly human at a time. Before I knew it, I was about four hours into my personal cat tunnel seeing videos from all over the world, from my initial “cats” keyword search.

Unfortunately, in the midst of all the Grumpy Cat tributes (RIP) and “cats are assholes” compilations, I inadvertently came across the trailer for Cats, the film adaptation of Andrew Lloyd Webber’s hit Broadway musical.

The trailer announces, “This Christmas, you will believe.” You know who else made this kind of cryptic comment? The Howling‘s Dee Wallace Stone right before she turned into a werewolf! After that came a slew of reaction videos. This is a thing? You humans are so narcissistic to think that anyone other than yourself will care how you react to a trailer? And you’ll film yourself doing so? Wow.

Considering I’m part of a species that is often stereotyped as arrogant and self-absorbed, I figured why not lean into that over-simplification and write my own reaction to this litterbox nugget while my roomie is out with his girlfriend or whatever it is he does when he isn’t here.

For the record, I’ve never seen Cats or read the book it’s based on, T.S. Eliot’s Old Possum’s Book of Practical Cats. Why would I want to see humans imagining how we do our thing? We could make a crappy play about people, but it’d be about how you all walk around thinking you’re better than any other species. Sometimes y’all sicken me. That said, I can appreciate some of y’all thinking it’s creepy. It definitely weirded me out. I think I understand why the humans were baffled in those reaction videos because Holy Jingle Cats that was unnerving. My jaw didn’t hang open, but I sure did have a lot of emotions that ultimately boiled down to annoyance and confusion. When the actors in catface popped up, all I could think was, “OH, MY GOD. WHAT’S WRONG WITH YOUR FACE?!?!”

I can understand the cats speaking in human and even having human voices as translation for human audiences, but why take the route you took? Why are they walking upright? Why do some have clothes and some don’t? I understood why the weird-ass musical had people because we’re a difficult species to herd, much less get us on stage and have us act, but why not do the CGI cats thing? You know, do video effects of us — the actual four-legged beings that you’re so fascinated with? Why not just do that? Have you not seen Babe or the numerous other films that had VFX cats? I understand getting us to act in your little film would be a giant pain in the ass, but why not let a slew of us into a room with a giant green screen and do that motion capture thing I’ve heard about? I know VFX/CGI would take a long time to design and render, so why not use that time and energy toward capturing us instead of having actors’ faces and bodies creepily morphed into cat bodies?

Seriously, it reminded me of something David Cronenberg (The Fly, Naked Lunch) would have created in his “body horror” days when humans would warp and cut themselves into some bio-technical monstrosity. The actors remind me of Mike Myers’ Cat in the Hat and that woman, Jocelyn Wildenstein, who altered her face so much that she began to look like a feline. I wonder how much Idris Elba, Jennifer Hudson, and Dame Judi Dench got for this?

Speaking of the cast, are people really still on the Tay Sway train? I make better music when I cough up old hairballs. And speaking of old hairballs, how did they talk Sir Ian McKellen into this thing? Are y’all that fascinated by us? I understand we are pretty kickass but do you want to be us? Act like us? Sound like us?

Wait. Maybe that’s it. Is this movie just a big excuse for a buncha furries to let their freak flag fly at their own expensive, neon-drenched jellicle ball and tape it for their own weirdo sex fantasies?

Maybe I’m being too hard on this movie. Maybe it’ll be good. As of now, though, it just looks good in a “break out the catnip” way.

Chamber Music Charleston planned a great 2020-21 concert season. The Lowcountry musicians dedicated to developing classical music audiences had performances scheduled by a clarinet, bassoon and piano trio, a program exploring the life of Ludwig van Beethoven, a guest appearance by violinist Amy Schwartz Moretti and a “Classical Christmas” program for the holidays.  And despite […]