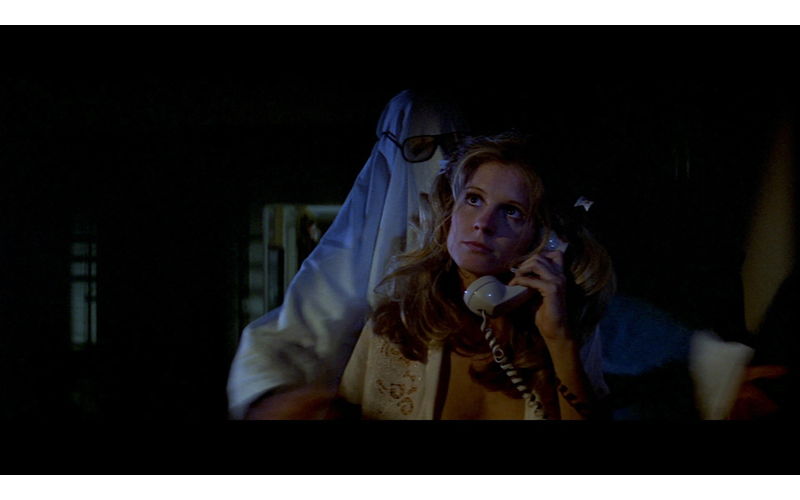 This weekend while some folks will be Spoleto-ing their hearts out, others will be at the seventh annual Crimson Horror Film Festival. With over 65 features and short films on the schedule, there is plenty for horror nerds to sink their teeth into, including the arrival of actress P.J. Soles (Halloween, Devil’s Rejects, Stripes, Rock ‘n’ Roll High School). In advance of her arrival to our Unholy City, Soles took a few minutes to answer a few questions about everything from her career, her “icon” label, and taco pizzas.

City Paper: Aside from your famous role as Lynda in Halloween, you had also played everyone’s favorite rock and roller Riff Randell, in Rock ‘n’ Roll High School. What was it like shooting the “I Want You Around” fantasy sequence as a shy Joey Ramone serenaded you?

PJ Soles: It was day one of filming, so needless to say a strange way to be introduced to The Ramones! We had the song on playback and it definitely helped create a cool vibe. They were all shy so I just tried to make them feel welcome. I love when Johnny cracks a smile!

CP: Not long after that came comedic roles in Private Benjamin and Stripes. What was it like working with comedic talents like Bill Murray and Goldie Hawn?

PJ: Goldie was producing also and had just had Kate (Hudson) three months earlier, who she brought to the set a few times. Goldie was very serious except onscreen, but given her busy schedule, I understood. Bill is very creative. Ridiculously so. He comes up with lines on the spot that make you gasp. Working together in our “kitchen/spatula” scene was probably the most intense improv I have ever done … especially at 3 a.m. Bill is playful and moody and sexy and incredibly intelligent. I hope I bump into him in Charleston! Bill if you are reading this … bring that spatula.

CP: Not many people know about your cameo in the new Halloween. With that small role as a teacher and only hearing your voice, did you visit our hallowed city?

PJ: (Laughs) Oh no! It was just a quick drive from where I live in the suburbs of Los Angeles to Blumhouse Productions in Hollywood to put on headphones and record the lines in a microphone with a sound technician and David Gordon Green on the laptop via Skype directing me. I only agreed to do it if I could fit “totally” in the dialogue. Otherwise, why? I still haven’t seen it!

CP: Can you tell us anything about your role in the upcoming film Hanukkah?

PJ: I play the leading lady’s mother and I very much want her to get married, so I ask her boyfriend over for dinner to entice him with some family heirlooms, like a wedding ring, and he thinks I am trying to seduce him. We are the comedy relief in an otherwise very gruesome film. Amazing special effects!

CP: Of your whole filmography, are there any particular roles you prefer?

PJ: I loved playing Riff Randell, but also I played Charlene in a film I wish had gotten more attention. It’s called Soggy Bottom, U.S.A. It’s set in the 1920s and it’s just so much fun with an outstanding cast including Don Johnson, who played my boyfriend. I am a songwriter and he invents the swamp boat.

CP: What is the hardest part of being a film icon?

PJ: I know I am thought of in that light but I am just “mom” and “nana” in my world. It’s wonderful. Not hard at all. I am so amazed that my films still have staying power and newer and younger generations have embraced them with the same passion that their parents and grandparents have.

CP: What was it like eating the taco pizza when you shot the Pizza Hut commercial? Was it any good?

PJ: (Laughs) Funny you should ask. I never swallowed! I spit it out after every bite! Since I was a child I never ate beef knowing it came from such cute wide eyed cows who nursed their calves, so I took the job knowing I was not going to like it. But that’s called “acting”!

The Crimson Horror Film Festival is May 24-26 at the South of Broadway Theater in North Charleston. Visit crimsonscreenfilmfest.org for tickets and more info.