Gaslight Street brings their Jingle Ball home for the holidays 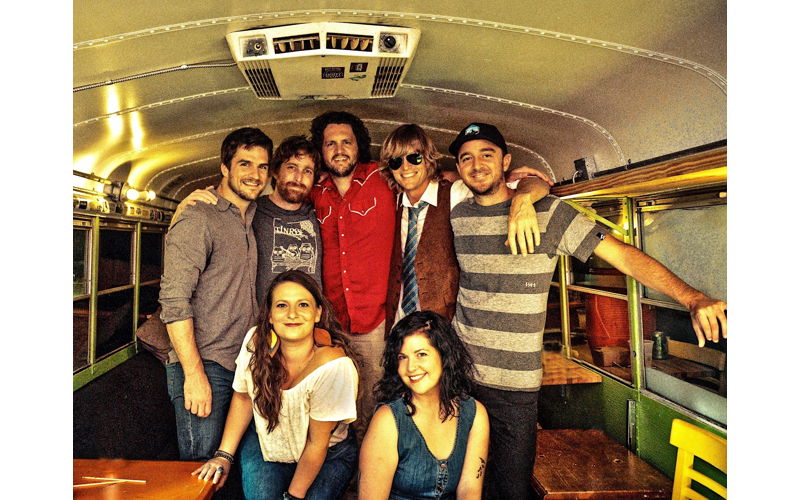 Energetic soul-blues-rock ensemble Gaslight Street is putting together an early gift for everyone in Charleston that landed on the naughty list. For the second year in a row, the popular group presents their superbad seasonal party, Funky Christmas Jingle Ball. In an attempt to channel the classic soul Christmas recordings of yesteryear, the group is stretching out their roster with accompanying vocals by Americana duo Sunflowers & Sin.

The event’s principal organizers, guitarists Campbell Brown and Ryan Bonner, say that the original idea for putting together a Funky Christmas Jingle Ball was a simple one. “We talked about playing a few Christmas-themed songs when we booked the date last year,” Brown says. “Then Ryan named it the ‘Funky Jingle Ball.’ I wasn’t really sure what he meant, but now it sounds like a thing.” While reflecting on the name, Bonner says, “I don’t really remember coming up with that, so I’m not sure what it means either. ‘Jingle Ball’ is kind of funny though.”

All that suggests that this new tradition is merely a happy accident, however, there have been many takes on Christmas tunes that have inspired them over the years. For Brown, it was James Brown’s Funky Christmas. “That whole album makes me look forward to Christmas every year,” he says.

Bonner, on the other hand, cites the Hoff. “David Hasselhoff’s The Night Before Christmas is the single-greatest Christmas album of all time but somehow America refuses to recognize it,” he says. “Then again, Trump is president and Dale Murphy isn’t in the Hall of Fame, so maybe it’s me who’s wrong.”

The inclusion of Sunflowers & Sin was essential for pulling this off, the pair says, like casting a Christmas pageant. Brown points out that, “they have the voices of angels, and you can’t have a proper Christmas show without angels.” Besides, he said, “Kaitlin [Casteel] and Lorra [Amos] have been singing with Gaslight regularly since we asked them to be part of our last album, You Already Know, back in 2018.” And as Bonner notes, they “all play together in the Delta Circus.”

This core circle of friends (including keyboardist Whitt Algar, drummer Stratton Moore, and bassist Matty Thompson) will serve as the house band for the night. There will also be some other special guests getting in on the action, but the band is playing coy with their identities. “We’ve been told to keep that quiet for now,” Brown says, “but we may leak it the day of the show.”

One thing they are not afraid to tell us right now is the fact that they have landed on the perfect venue for this quirky holiday extravaganza. “The Pour House is the hub for our musical community. We also live in the neighborhood, so we’ll probably have a couple more late night sets at my house,” Brown mused.

“You heard it here first,” Bonner adds. “Party at Campbell’s!”

Even though this is the second Jingle Ball they’ve hosted, there are a few other details that make this event new and different from last year’s gathering. As Brown reveals, “We’ll have a bag of gifts that our drummer, Stratton, will be carrying around. More Christmas lights. More trees. There will be a copy machine and eggnog.” Bonner is particularly excited by the thought of a Stratton Claus. “[He] is very different from the ‘Stratton Clause’ that we have in our tour rider, but I can’t really say much about that without the lawyers spending all day blowing up my phone when this prints, so I guess the takeaway here is just that we have lawyers.”