Universal grooves on an interstellar trip 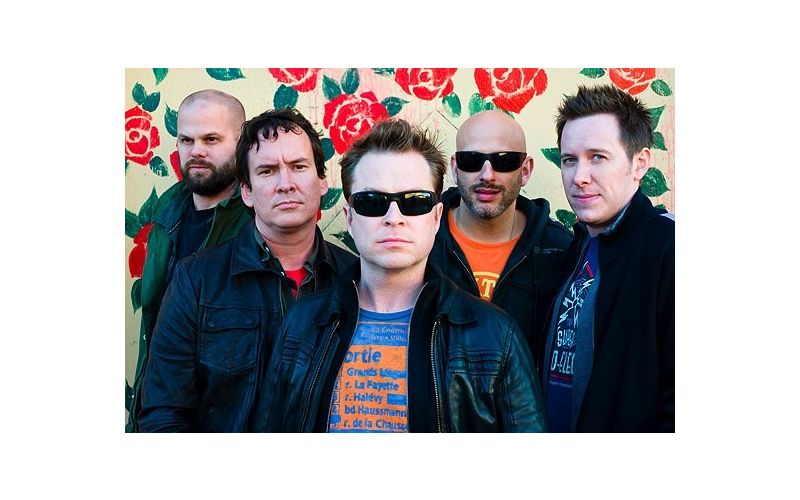 When it comes to dishing out intoxicating jams with fiery flavor and feel, New Orleans funk ‘n’ soul ensemble Galactic are well-seasoned experts. In support of an ambitious studio album that finds the band at their grooving peak, the quintet returns to the Music Farm this week with special guest Corey Glover (of Living Colour) and trombonist Corey Henry (of the New Orleans Rebirth Brass Band). Fans can expect a wild mix of vital tracks, obscure funk classics, and a few surprises.

Glover, a New York native still based in Brooklyn, is best known for his work with funk/metal band Living Colour in the late ’80s and early ’90s. The singer recently released a solo album titled Hymns. Living Colour regrouped in 2008 and issued a new record titled The Chair in the Doorway.

Galactic first encountered Glover during one of their New York gigs five years ago.

“I think Corey came up and sat in on a Zeppelin cover and just killed it,” says bassist Robert Mercurio. “He knew a lot about New Orleans music, so we exchanged numbers and kept in touch. He’s such a talented and versatile singer. We started thinking that this would be a great time to get together with Corey and start doing some touring. We did a big tour of Florida a few weeks ago, and it went amazingly. We even included a Living Colour tune each night.”

Although Galactic has expanded their sound in different directions over the last two years, the root of the band is still New Orleans funk and brass band music.

“That’s our common thread throughout it all,” says Mercurio. “Touring with Corey Henry over the last few years has really brought out the brass band side of things. I hate to list all the stuff, because it starts to sound like the band has a schizophrenic personality, yet throughout all of the different elements, there’s still a united sound. We really try to make it cohesive.”

A Washington, D.C. native, Mercurio has been living and performing in New Orleans for decades. While his personal experience with the bass guitar was initially influenced by James Brown’s funk hits and the heavier side of rock and punk, he branched out to more exotic hip-hop, jazz/fusion, and Eastern European styles of music over the years.

As part of the rhythm section alongside acclaimed drummer Stanton Moore, Mercurio appreciates the role of keeping the grooves solid and the rhythmic patterns fluid. Moore is known for his flawless execution and tasteful use of syncopation. Mercurio’s technique locks in easily with it.

“What happens on top, melody-wise, can get pretty out there,” says Mercurio. “It might be a brass band melody or an Eastern melody, but the root stays true. I give Stanton credit for keeping us geared in that direction.”

Like their hometown heroes the Meters, Galactic developed their own recognizable sound. They formed as an octet in 1994, but gradually trimmed things down into an instrumental six-piece comprised of Mercurio, Moore, guitarist Jeff Raines, organist Rich Vogel, and saxophonists Ben Ellman and Jason Mingledorff. Singer Theryl DeClouet (a.k.a. “The Houseman”), a New Orleans veteran, came aboard as the band started touring heavily across the Southeast and North America.

By the time of their 1996 debut album, Coolin’ Off, Galactic had already built a strong audience on the circuit. Their reputation for locking in on sophisticated grooves and offering energetic renditions of authentic Crescent City tunes grew.

“In the ’90s, we were doing about twice as many gigs, but we’ve been maintaining a strong touring schedule,” says Mercurio.

After parting ways with deClouet in 2004, the band sought some new blood and started collaborating with new guests with more frequency. They took a decidedly different approach in 2010 with Ya-Ka-May, a fusion of funk, bouncy hip-hop, and electronica.

“When we were with Theryl, he was basically a full-time special guest,” says Mercurio. “As an instrumental band, things opened up.”

Galactic even jumped from the regular club work to the small screen when they guest starred on HBO’s Treme last spring. They’ll make an appearance on a forthcoming episode during season two as well.

“Over the last six years, I think we’ve encouraged our fans to expect some of the same and a lot of the new,” says Mercurio. “I think they’re into it and willing to give things like this new collaboration a try.”