From “house-made” to “pop-up,” 10 years of jargon in Charleston dining rooms 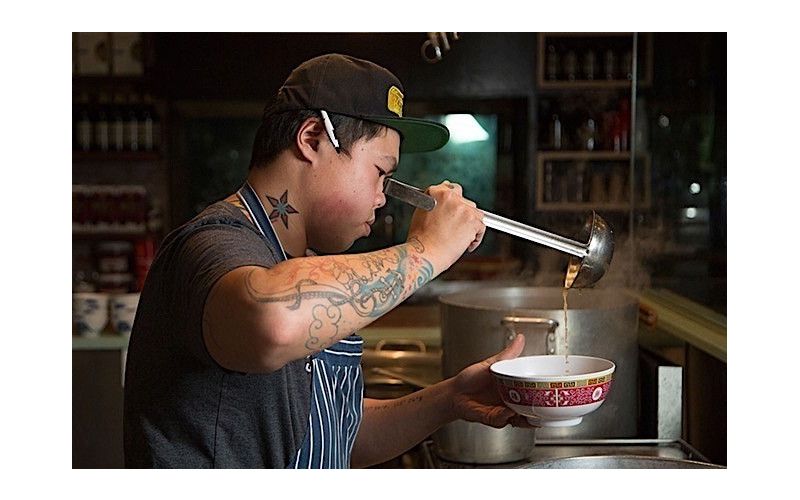 Charleston has long been defined by shrimp, grits, and she-crab soup, but in the annals of history, I predict the years 2010 through 2019 will supersede all that as The Decade of Meaningful Jargon. Be it house-made, farm-to-table, or food truck/pop up/residency, these tasty bites of word salad were every bit as influential as they are enduring.

While homemade indicates someone, somewhere crafted something by hand, ‘house-made’ serves to define a restaurant’s personal act of love. It was an epoch of house-made pickles, sausage, pasta, and preserves, and in Charleston, nothing was more impressive than house-made charcuterie.

Acknowledging that Ted’s Butcherblock was already — and still remains — on the handcrafted charcuterie scene, the fall of 2009 crackled with the excitement of something unprecedented. Chefs Craig Diehl and Bob Cook of (now-shuttered restaurant) Cypress debuted Artisan Meat Share, a CSA-like program centered around their impeccable cured meat endeavors.

Success was inevitable, accolades abounded, and the summer of 2014 brought their new sandwich-focused light into our lives, only to have it turned off just three years later. As we’ve struggled to pick up the pieces, chef Diehl has moved onward and north to Charlotte. Happily, the legacy of their meaty house-made perfection lives on in chef Cook, now executive chef at Edmund’s Oast.

Following a convenience-driven era of dining, consumers ricocheted the other way, thereby forcing wait staff everywhere to step up their game. What is in this dish, exactly? How was it raised and by whom? Did the chicken cutlet have friends and what were their names?

As attention shifted from easy access to accountability, restaurants began to celebrate local farmers — in 2010, Charleston gained Sean Brock’s Husk, a celebration of Southern tradition, while 2011 brought The Grocery, chef Kevin Johnson’s tribute to the region’s abundance (not to mention some damn fine house-made charcuterie of his own).

In 2013, Dirt Works Incubator Farm, a Lowcountry Local First program, helped to start small farmers like John Warren’s Spade and Clover, whose tomatoes, kale, turmeric, ginger, and galangal can still be found at esteemed restaurants all over town.

Veggie-centric Harold’s Cabin with its quirky decor and rooftop garden opened in summer 2016, followed by South Carolinian-by-way-of-Alabama chef Tres Jackson’s Sorghum and Salt in February 2017. His inimitable ‘locavore’ cuisine is not to be missed, and if you haven’t tried the airy beet cremeux, a rare standby on the ever-evolving plant-forward menu — you’re only hurting yourself.

It could also be noted that 2010-19 has been a decade of impermanence. From a cuisine perspective, food trucks and their variations suddenly appeared on our TVs, movie screens, social feeds, and of course, the streets.

In Charleston, stalwart favorites like Roti Rolls (established 2010), The Immortal Lobster (2015) and Semilla Food Truck (2017) endure, while a great number have recently transformed into brick-and-mortar destinations. Notable standouts include Zombie Bob’s Pizza (founded as a truck back in 2014), Dashi (2015), and most recently, Short Grain (2015), reborn, refocused, and rebranded as Jackrabbit Filly.

Happily, past pop up Daps Breakfast and Imbibe has made a home on the West Side, and Little Miss Ha will soon do the same in Mt. Pleasant. If that’s not enough, brace your now-thumping 2020 heart, as beloved truck-turned-Workshop stall Pink Bellies (2014) will join the ranks of the firmly planted with their own locking door on King Street (insert praise hands).

Speaking of a pop up by another name, chef David Schuttenberg’s ‘residency’ first inhabited The Daily in October 2017 and immediately developed a cult-like following. A year-ish later, and his artistic stroke of Sichuan scrumptiousness can now be experienced every day except Monday at Kwei Fei on Maybank Highway, and we thank our hot, loud, vibing stars for that.