From Colonial-era rum to pepper-infused vodka, the city has something for everyone 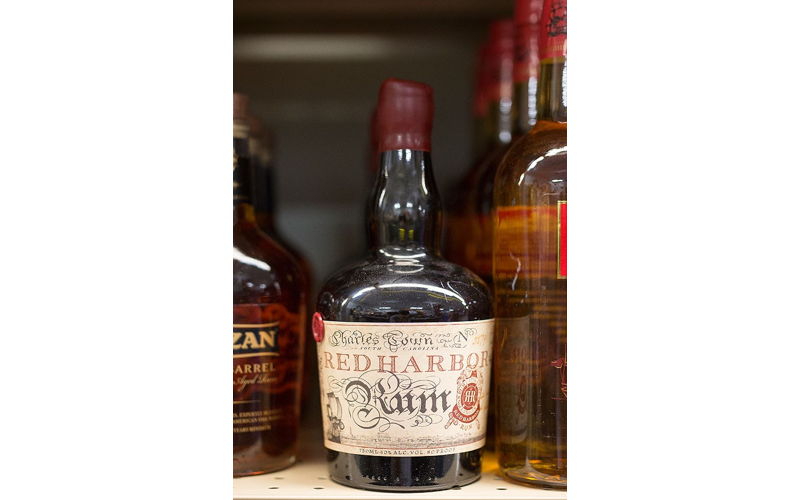 The Spirits of Charleston

Step back craft beer, small-batch liquor is moving into the Lowcountry. While we would never disparage the town’s booming brewski scene (we’re hop heads through and through) we’re excited to see how quickly distilleries are growing in Charleston. Just two and a half years ago there wasn’t a small-batch distillery in town (Firefly Vodka in Wadmalaw opened in ’08.) Then Striped Pig moved into a big warehouse in North Charleston and the rest is history. The Charleston area is now home to six distilleries (including one that has its product bottled and labeled at Striped Pig’s warehouse) and with the newest ones just a few months into selling their booze, we get the sense that the only place to go is up. We tried some of the distilleries’ latest products to give you a taste of all that local liquor has to offer. Hint: Bloody Marys are in your future.

Red Harbor Rum is located in the same warehouse complex as both a church and North Charleston’s SWAT team. Co-founder Jake MacDowell calls the un-air conditioned distillery a place where, “you can get drunk, get arrested, and get saved by Jesus.” Hallelujah. The guys — MacDowell and co-owner Justin Buchanan — don’t have any plans to open the space up to visitors, mainly because they’re a two-man operation and when they’re makin’ rum, they’re makin’ rum.

The pair came up with the idea for a Colonial era-inspired rum during a business class project while they were both studying at Wofford University. The project won several competitions, and the guys knew they were onto something. They produce the rum in charred barrels, just like in America’s colonial days. Fun fact: those barrels were charred because they once held stinky stuff like fish.

MacDowell recommends that the liquor, which features a bourbon smell and taste and lacks the traditional syrupy-ness of most rums, be served straight with an orange twist. “Hell, it makes a good rum and coke too,” he admits.

If you can’t take liquor straight, go ahead and make some grog out of it — the guys would approve of the historical accuracy. Ingredients: rum, citrus, sugar.

David Szlam, professional chef and co-founder of Virgil Kaine, looks at his whiskey the way a chef looks at a dish’s ingredients — better parts make a better whole. The High Rye Bourbon makes cocktails more palatable with its high percentage, 36 percent to be exact, of rye, which balances out the sweetness from the corn component of whiskey. “You don’t get sweetened out,” says Szlam. Gil Bouhana, the mastermind behind Virgil Kaine’s cocktail list, suggests putting this bourbon in a whiskey smash with ripe peaches, lemon, and simple syrup. Muddle that baby and top her with mint and cinnamon.

The Robber Baron Rye Whiskey has an even greater component of rye — 95 percent — making it a very spicy spirit. Szlam says that he wanted to create a reasonably priced rye whiskey that people could actually enjoy, so he veered from the traditionally one-dimensional spirit and added a touch of bourbon, which he says helps “harmonize” the liquor. We like this bold rye just as Szlam recommends it — neat with some lemon juice and honey.

Striped Pig has been cranking out products since 2013, and head distiller Johnny Pieper gives us some insight into the philosophy behind his distilling. “Don’t fall in love with your product,” he says. “You can always do it better.”

Striped Pig will release a single-barrel-aged bourbon in December. We got to taste last year’s batch — yes, this stuff only comes out once a year — and our tastebuds were absolutely tickled.

You might even say this is the best bourbon in town. At 101 proof the stuff is strong, with vanilla, black cherry, and caramel notes. Pieper prefers the drink on ice, and we can see why — it opens up the flavor, making it clean and longer lasting, with a brown sugar taste. Sitting before him we lifted the bourbon on the rocks to our eyes and watched as the ice created pools of oil from the separating whiskey. It was a beautiful, beautiful thing.

The Pig will host another party this year with tickets guaranteeing you a bottle of the sweet stuff. Stay tuned for info on how to attend.

Do you know what a Carolina Reaper is? Neither did we until we took our first sip of Charleston Distilling’s newest product, a vodka the distillery plans to release in October. “This is hot!” we said, grabbing quickly at the oyster crackers next to us. The Carolina Reaper, grown right here in South Carolina, is the world’s hottest pepper. It has already made an appearance in a Charleston beverage — you may have tasted the pepper in Holy City’s Nemesis, a pumpkin beer that came out last year.

Charleston Distilling’s head distiller CEO Stephen Heilman says that the spiciness is intentional; the product was created with Bloody Marys in mind. “Places often use the cheapest vodka they have,” he says.

Heilman has sent some sample bottles to local bars and restaurants, and the response has been positive. At 80 proof the vodka is spicy and smooth and despite our initial reaction, not too hot to bear. We’re counting down the days until we can suck this up with some tomato juice and celery.

At an intentional 69 proof, this neon-colored vodka was most likely designed to adorn the walls behind a co-ed friendly bar. House of Head’s tagline, “You’ll love the way I go down,” cements this beverage as a college kid’s dorm-room dream. While we weren’t thrilled with the vodka’s taste — more lemonhead than natural lemon — we can see the appeal of a super-lemony liquor when it comes to fruity drinks. House of Head has a shooter recipe that calls for the vodka to be mixed with Jack Daniel’s, triple sec, and lemon-lime soda. An adult beverage if there ever was one.

EDITOR’S NOTE: High Wire Distilling did not have any new products.