From braunschweiger to bratwurst, Artisan Meat Share is a sandwich lover’s dream 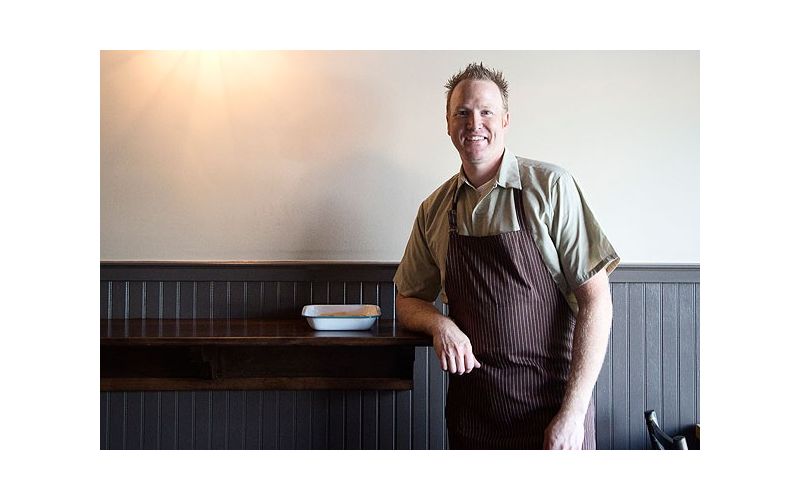 I’m guilty. I never thought it would come to this, but I’ve cheated on my beloved porchetta. It took everything in me to avoid the unthinkable, but temptation kicked in.

I will never forget when I first laid eyes on Artisan Meat Share’s breakfast sandwich. She was poised and confident with an appealing glow. That bun revealed a few sprigs of watercress, egg, and an ample amount of gooey American cheese. She wasn’t shy at all, rather bold and seductive, begging me to make the first move. I put my hands around her and pulled her close. I could hear myself breathing, my heart was racing, and I took that first bite.

I have no regrets. It was a lustful moment full of savory love, attributed to the splendid house-made sausage and perfectly fried egg.

But this was only the beginning of the addiction that many others share, with many more to come. Make no mistake, Artisan Meat Share will steal your heart.

There are no chocolate-covered strawberries or $4 dark chocolate truffles, but there are endless amounts of cured, cooked, fresh, and smoked meats. There’s lardo and lonza, mortadello and pâté, bratwurst and linguiça, speck and the ever-popular braunschweiger. Each variety of meat peers through the windows of a refrigerated case, begging patrons to come play.

The setting is simple. There’s a small kitchen and bar on one side of the room and a few booths on the other. There are no servers per se, as you place your order at the counter and wait, but the warm staff will help you find the right choice and make you feel right at home.

The most impressive single bite one can experience is the culatello — cured ham stuffed in a hog bladder, tied over and over and over again as tight as possible before being aged for two years. All it takes is one sliver of meat and the rest is history. It’s funky, creamy, buttery, and salty at the same time — an unforgettable umami moment that will literally make you go “mmm.”

And while one can enjoy some city ham or picante salami in-house, there’s also the option of bringing said meat home. Sausages, pâtés, platters, and sides can be purchased at the shop.

It’s no secret that Executive Chef Craig Deihl and his Chef de Cuisine Bob Cook know how to use a butcher knife. Their plates of delectable meats have reached all-star status at Cypress in recent years, and their meat-share program has been one of the most successful shares in town. And now we have sandwiches — a lot of them ­— and they’re beautiful.

There’s roast beef with arugula, horseradish-Dijon, and pickled onions on warm, pressed potato bread ($11), a braunschweiger that will knock your socks off ($7), and a pastrami sandwich that sets the bar high ($11).

The Bun Mi ($10) offers a little Asian-flare by adding kimchi mayo, soy pickles, carrots, and cilantro to a steamed bun filled with creamy pâté and piquant smoked ham, and one may be tempted by the voluptuous Italian ($11) with an array of dry and house-cured meats, like slices of olive loaf, finocchiona, and picante salami, all topped with lettuce, onion, tomato, peppers, and an all-inclusive AMS sub sauce consisting of Dijon mustard, vinegar, oil, parmesan cheese, and various spices.

The likes of challah, ciabatta, and beer buns are all made in-house. One may argue that the ciabatta is best enjoyed with the porchetta, but the timid tuna nicoise ($11), should not be overlooked. Fresh tuna gets cured with sugar, curing salts, and oil before being poached, resulting in delicate, sensual tuna, with notes of tarragon and bursts of citrus peel. Chopped egg, black olives, fresh herbs, tomatoes, and greens all get dressed in red wine-shallot vinaigrette and garlic aioli ­— a perfect 10 .

On occasion, there’s a fried chicken sandwich that does not disappoint, especially when it’s of the Asian variety, like the General’s fried chicken that’s crunchy, salty, and sweet, topped with roasted peanuts, Thai slaw, and a generous slathering of kimchi mayo. It’s outright messy, resulting in a mountain of dirty napkins, but totally worth it. In fact, the amount of napkins used is directly proportional to how satisfying a sandwich turns out to be. If only AMS had their very own monogrammed packaged wet naps, the dead sea of napkins would clean up itself.

Aside from the lack of parking and wet naps though, there really isn’t much to dislike about AMS. Even the side dishes are worthy of an affair. Barbecue baked peanuts ($3), a la boiled peanuts with roasted bacon, garlic, onion, and sugar prove to be a smoky, tangy favorite.

There’s a medley of white acre peas, crowder peas, and butter beans with sweet onion vinaigrette ($3), bread and butter pickles ($3), and house-made chips with fish sauce and vinegar ($2). The cheese grits loaded with sausage gravy ($5) lead to pleasant sighs, and the pea and peanut salad is the best meatless concoction on the menu. Boiled peanuts and thinly sliced radishes swim amongst bright green peas in a sea of green goddess dressing with a minty touch. It’s lush, magnificent, and equally as addictive as any of the sandwiches.

There’s really no way to go wrong at AMS. One can get away with ordering an array of sides and a motherboard of meat with a bottle of wine and be happy. And those sandwiches — seductive as can be. Don’t worry, my dear porchetta, you’ve got plenty of spice and snap to reel me back in for more.