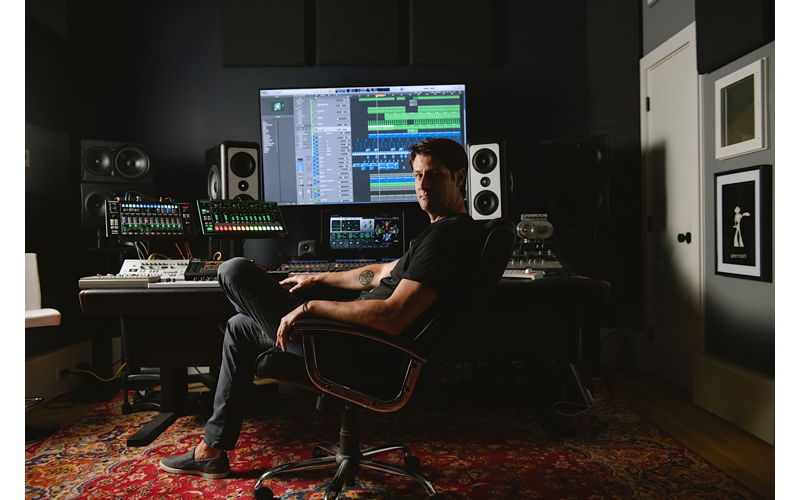 Duwayne Motley is perhaps the Lowcountry’s premier house music artist, having inadvertently assembled a smash hit earlier this year, entitled “Take Me Back.” After a quick rise over the summer, the infectious tune simply refused to roll off the deep house charts, spending over two months in the Top 10 on traxsource.com. We recently caught up with the celebrated sound-stacker for a quick conversation about what it’s like to do what he does while living in Charleston, a place that still feels far away from the center of the electronic music universe.

City Paper: Is there anything in particular about being based in Charleston that has informed your approach as an artist?

Duwayne Motley: It has meant everything. I was born and raised here, out on James Island. I first got into electronic music while gigging around the area back in 1992. At the time I played guitar in a more conventional band, and we had a storage unit up in North Charleston that we used as a practice space. Our drummer had a scheme to raise some money for band equipment. He said, “We’ll throw a rave.” I had no idea what he was talking about. We hired a DJ from Florida named Jimmy, got some booze, and made a flyer titled “RAVE.” I fell in love. With the music, not with Jimmy, of course. Eventually, I started making my own electronic music in 2001, while living in Boston. I came back home to Charleston in 2002, and I’ve been working here ever since.

CP: Who were your primary influences in house music, or otherwise?

DM: My initial influences were the melodic, psychedelic sounds of early Pink Floyd and other jam bands like that. When my focus turned to electronic music, I remember liking Doc Martin, Josh Wink, and Rabbit in the Moon the most.

CP: Where do you even begin when you are building a track?

DM: I know that, as a listener, I always get drawn into pretty minimal songs, with a groovy backbone. This is the part of a track that gets created first. It’s the initial 8 or 16 bar loop that determines the feel for the entire song. A lot of stuff is always added to keep people’s attention, but it’s the basic rhythm that draws me in, and that’s where I always begin.

CP: What was your inspiration for “Take Me Back?”

DM: Music-wise, I was looking for something deep and groovy with lush chords, but still energetic. I had a hook in mind, but [featured artist] Tim Davis came up with the theme and the rest of the lyrics. Tim’s usual gig is singing in the local duo, One Cool Blow. He’s soulful, powerful, stays in key. You can’t ask for much more in a collaborator. The song is about a guy whose girlfriend stays out all night, parties and drifts away from the relationship. I gave Tim the musical environment to get emotional and powerful with the vocals and his input helped to amp up the track’s energy overall. Needless to say, I’m really pleased with how the record has been received. The group I teamed up with, Saison, is a duo out of the U.K. that I have known for a long time. They have been putting out nothing but hits for the last few years, and adding their style and production to my song really gave it what it needed. The record label, Large Music, out of Chicago, has been around for 20 years and is one of my all-time favorites. The thing about teaming up with producers like these on a label like this is that, if the track is good, it will get world-wide attention.

CP: Do you have a follow up in the works?

DM: Of course! My next one will be a collaboration with Lee Cabrera out of NYC. He’s had an amazing career on some major labels and is a really great producer. I’ve delivered the music and he’s working on recording a vocalist. I am really excited to hear the finished product. His latest release, Lee Cabrera and Mike Vale’s “Shake It,” is being pounded right now in Ibiza and all over the world.

The media in the last few days have been full of accolades about Justice Ruth Bader Ginsburg. None of the praise has been hyperbole. This diminutive woman was a giant for justice, never wavering in her commitment to justice for reproductive health care, pay equity, civil rights, access to health care, immigrants, nondiscrimination on the […]

COVID-19 updates: South Carolina health officials reported 393 cases of coronavirus on Monday, with 13 additional confirmed deaths. With 4,120 tests collected, the percent-positive rate was 9.5 percent. Monday marks the 14th-straight day South Carolina has reported under 1,000 new coronavirus cases in a single day, per The State. As of 5 p.m. Sept. 21, via S.C. Department of […]

COVID-19 updates: South Carolina health officials reported 393 cases of coronavirus on Monday, with 13 additional confirmed deaths. With 4,120 tests collected, the percent-positive rate was 9.5 percent. Monday marks the 14th-straight day South Carolina has reported under 1,000 new coronavirus cases in a single day, per The State. As of 5 p.m. Sept. 21, via S.C. Department […]