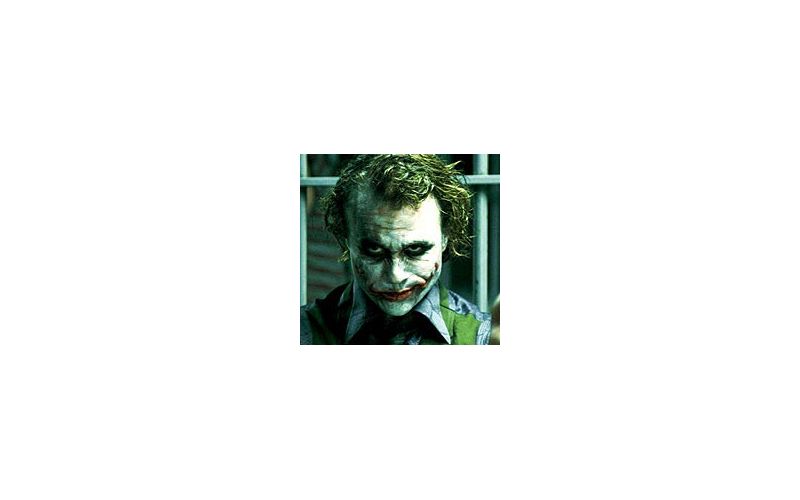 Fallen Hero: Is it cruel to turn a beloved archetype into a metaphor for adult angst?

In Batman Begins, the hero operated out of a dripping, gothic cave deep below the Bruce Wayne mansion. The Bat Cave was like the comic book hero’s psyche: murky and dark.

But in The Dark Knight, Batman (Christian Bale) has gone metrosexual; his lair is a penthouse high above glittering, decadent Gotham and a minimalist laboratory down below the city full of James Bond gadgetry, that looks like a Prada boutique.

Much of The Dark Knight takes place high above Gotham, in glass-walled apartments and on rooftops, but the soul of the film remains earthbound, deep in the muck of Batman’s psychology. Batman’s back-story hardly needs an intro at this point, though worth repeating is the status he shares with almost every hero/heroine of children’s literature which is rife with orphan children.

Batman is — as we seem to demand of our contemporary super heroes — still troubled, plagued by doubts and unresolved longings. He has a city full of thugs to contend with, including the Joker (Heath Ledger), a giggling psychopath who needs a bath and looks like he applied his makeup on a roller coaster.

But all these good guys can’t hold a candle to The Dark Knight’s hypnotic arch villain. Like Hannibal Lecter in The Silence of the Lambs, Ledger’s Joker is a thrillingly watchable, mesmeric monster. A show-stealing sociopath, the Joker’s modus operandi is chaos, destruction, and smart-ass quips.

The guy just can’t help it: “I’m a dog chasing cars. I wouldn’t know what to do if I caught one,” he riffs, of his random criminal methodology. The Joker is a Jerry Lewis to Batman’s Dean Martin, a frenzied dervish to Batman’s straight man.

In a film that makes more than glancing reference to contemporary politics, the Joker is also a monster for a post-9/11 world, scary because he kills for inexplicable reasons: not money or glory. Dark charisma radiates from Ledger’s manic, surprisingly nuanced performance. Every time the Joker appears on screen, the film comes demonically alive.

In director Christopher Nolan’s (Memento) and his co-screenwriter brother Jonathan Nolan’s new, über-dark Batman story, the Joker personifies the allure of destruction and mayhem. And though The Dark Knight clucks its tongue and cops a moralistic attitude about the propensity for violence that lurks in all people, the Joker represents the film’s have-your-cake-and-eat-it-too attitude. The jaw-dropping explosions, car chases, and creative murders unleashed by the Joker prove the point: Destruction is a gas.

Does anyone even identify with Batman anymore, this crime-fighting stick-in-the-mud with the husky, self-important voice who wrestles with a Gotham as apt to treat him as the enemy as their salvation? Even Batman’s buddies seem doubtful about his methods, like Lucius, who wags his finger when Batman begins wiretapping Gotham’s citizenry, a la George W. Bush, to catch the Joker.

And do kids get pure action heroes anymore, or only tortured bundles of anxiety? Gory and hopeless enough to suggest a film made for adults instead of children, The Dark Knight nevertheless comes with the usual ancillary goods, of fast-food toys and action figures.
It’s the film’s most troubling, gluttonous dimension: How it markets to innocents despite a thoroughly nihilistic storyline. The Joker may not care about money, but Hollywood will scoop it up in whatever form it can.

But are parents really prepared for thugs impaled on pencils? Adorable towheaded children threatened with a gun to the head? Hand grenades thrust in the mouths of bank executives who try to foil a robbery by blasting the thieves into Swiss cheese? And a villain whose preferred tactic is a knife held menacingly at his victim’s face?

It seems almost cruel to take beloved child archetypes and turn them into projections for adult angst. Any kid who watches The Dark Knight will be ruined for anything but Peckinpah and Scorsese.

Is it Gotham that’s the darkest place on earth? Or is it the multiplex?