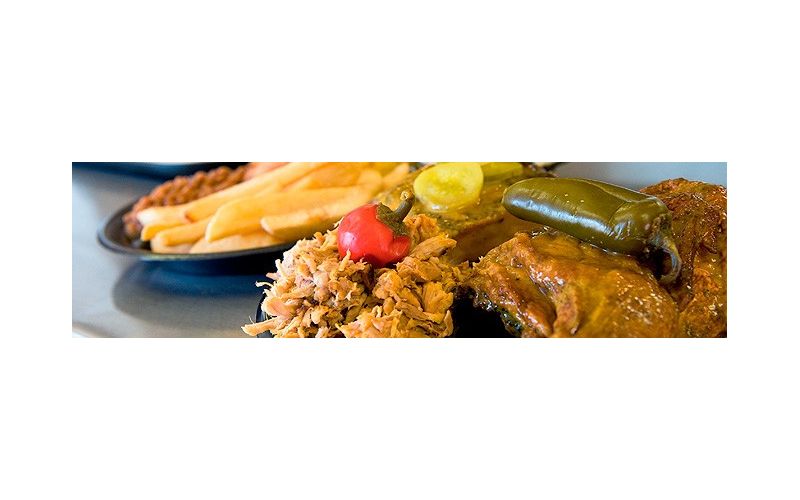 It would be a crime to travel all the way to South Carolina and not sample the barbecue, but tracking down a traditional Lowcountry variety can be a challenge. New barbecue joints have popped up like mushrooms all over the area, and these days you can find everything from Memphis-style ribs to Texas brisket. A lot of the pork has evolved into a bland, geographically-neutral commodity due to the growing prevalence of gas-fired smokers. But, there’s still some old-school barbecue to be had if you know where to look.

The city of Charleston itself does not have a deep barbecue heritage, but we’ve been fortunate to borrow one from our inland friends in places like Orangeburg and Holly Hill. The Midlands of South Carolina were originally populated by a large number of German immigrants, and these immigrants — families with names like Shealy, Hite, and Lever — brought with them a taste for pork shoulders, mustard, and coleslaw. Those ingredients define the Midlands style: slow-smoked pork shoulder that’s chopped and served with a tangy-sweet golden mustard sauce. It’s worlds different than the spicy vinegar-and-pepper based stuff that’s found just a short drive up the coast.

Virginia has its Brunswick Stew and Kentucky its burgoo. Here, the requisite barbecue side dish is hash. A cross between a meat stew and a gravy, it’s almost always served over a bed of white rice, as is only appropriate for a state where rice once dominated the economy. You don’t need to ask too closely what goes into the pot to make hash, but suffice it to say it’s an economical way to help use up most of a hog, and it’s simmered with onions, potatoes, and spices till it merges into a single thick, consistent substance that’s savory and delicious.

Momma Brown’s in Mt. Pleasant and J. B.’s Smokeshack out on Johns Island are superior examples of the old-school South Carolina barbecue buffet. You can load up styrofoam plates with pulled pork and chicken, add some hash and rice, and pile on your choice of a dozen vegetables (yes, hushpuppies and macaroni and cheese are considered vegetables). To do it right, be sure to wash the meal down with several quarts of super sweet iced tea and follow it up with a heaping bowl of banana pudding.

Duke’s Bar-B-Q in North Charleston is an even purer throwback to tradition, with a bare-bones décor and a just-the-basics menu: pork, hash, rice, slaw, pickles and skins. And, in classic country barbecue style, it’s only open Friday and Saturday.

To get a real taste of Charleston’s barbecue history though, you need to seek out a Bessinger. The four Bessinger brothers came down to Charleston from Holly Hill just after World War II, bringing with them the Midlands style they learned from their daddy, Big Joe. Their original Piggy Park restaurant on Rutledge closed years ago, and one brother, the controversy-prone Maurice, set up shop in Columbia. The remaining brothers fanned out around town, spreading the mustard-based gospel. Melvin’s restaurants in Mt. Pleasant and James Island and Robert’s North Charleston outpost are quite good, but for my money Thomas’ Savannah Highway restaurant (known simply as Bessinger’s) takes the prize. The old drive-in has been remodeled with a kitschy farm theme, and one half of the restaurant is a big country buffet, but the sandwich shop serves it up the traditional way. Try a chopped pork plate with a side of hash and rice, and don’t skimp on the golden mustard sauce.

Six opportunities to give back

Five tips for no cook chefs