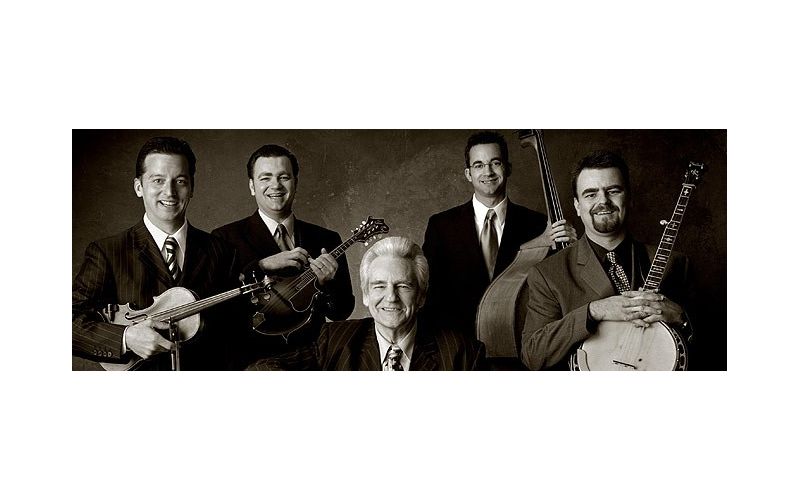 Ace in the Hole

If the SteelDrivers have any sense, they’ll call on Del McCoury to sing on their next album.

In addition to his own release, McCoury sang on each of the other nominated albums, save the SteelDrivers. Loveless took the award, and McCoury got to enjoy her victory knowing that he’d helped.

“I had an ace in the hole there, didn’t I?” laughs the 72-year-old legend, on the phone with the City Paper from his Nashville home in April before embarking on a busy summer tour. McCoury counts most of the big names in bluegrass as friends, and then some.

“I was with Bill Monroe, and I left in early ’64,” recalls McCoury. “Peter Rowan joined in ’65, doing the same job I was doing, playing guitar and singing lead.”

It would be impossible to find a bigger career boost than a gig with the “Father of Bluegrass,” but McCoury instead took the next 20 years to build his own American legacy, working day jobs in logging and construction. It wasn’t until his sons Ronnie (mandolin) and Rob (banjo) joined the group in the ’80s that the Del McCoury Band began touring outside of the region around their York, Pa., home. In 1992, Jason Carter (fiddle) came on, and in 2005 bassist Alan Bartram was added to the band.

In the late ’90s, Phish began covering McCoury’s “Beauty of My Dreams,” as well as Monroe’s “Uncle Pen,” even bringing McCoury on stage to play in 2000. The O Brother, Where Art Thou?-era of bluegrass resurgence followed, and the stage was set for McCoury to enjoy the widest popularity of his career.

Four years ago, McCoury and the band founded DelFest in Cumberland, Md. It’s now one of the premier summer music festivals, attracting thousands of fans for a gathering, with McCoury as the centerpiece. And even as the group keeps traditional bluegrass at the forefront of listeners’ minds, they’re also adept at branching out.

“They called and wondered if I’d go down and sing a song with them, so I went down and sang three,” recalls McCoury. “Eventually, we got our two bands together in San Francisco and recorded a whole album of 12 songs.”

The bands will play sporadic dates together throughout this year. Preservation Hall is a seven-piece; McCoury’s is five. But instead of each group taking a set, then playing a few together, the bands worked out a full-show collaboration, combining Big Easy brass with hot pickin’ into what may be the most “American” music ever conjured up.

“It’s Mardi-grass,” jokes McCoury, who is as humble as can be when he tells the recent story of a show in Fayetteville, Ark. “The lady that runs the place said that when intermission came, she didn’t see one person leave.”

For his next project, McCoury plans to record an album of Bill Monroe covers, timing the release this September with what would have been the bluegrass founder’s 100th birthday.

“I want to do some obscure things,” says McCoury. “Lots of songs have been done over and over — ‘Uncle Pen,’ ‘Blue Moon of Kentucky’ — when I was with him, we did a lot more than just those.”

It’s a fitting endeavor for a legend in his own right. Last year, McCoury received the National Endowment for the Art’s prestigious National Heritage Fellowship Award. He can file that on the shelf next to a Grammy for 2006’s The Company We Keep and the 31 International Bluegrass Music Association Awards he has received. And come awards season next year, chances are, we’ll be hearing from him again.

“I’m 72. I feel good and I’m singing OK and we’re busier than ever,” says McCoury. “You never know when I’ll slow down.”

The Cistern got supafunky Thursday night thanks to Trombone Shorty and Orleans Avenue. The New Orleans-based tromonist strutted onto the stage wearing sunglasses and a black polo shirt (both of which he later shed) and the band immediately lit into a jam session that had the audience grooving in their seats.

Danilo Rea combines elements of jazz, classical, and pop into one wild ride